The Hunger Games franchise of best selling novels and multi-billion dollar movies is a total crock of garbage.  Let me tell you why — the books/movie are set in some unnamed future time where people travel around what’s left of the USA in high speed luxury trains, hovercraft, and fireproof chariots — but not a single car around?  I’m no Mother Shipton, but I’m pretty sure that any distopian future is going to heavily rely on vehicles from the 20th/21st centuries — don’t take my word for it, just watch Mad Max, The Matrix, Death Race 2000, Demolition Man….the list goes on.  Seriously, if Ms Katniss Everdeen (if that’s your real name…such a fake sounding name) is going to take on an evil totalitarian regime, she is gonna need something better than a bow ‘n’ arrow…maybe a 1980 Plymouth Fire Arrow offered for 15,000 credits in District 7 via craigslist.  Tip from FuelTruck. 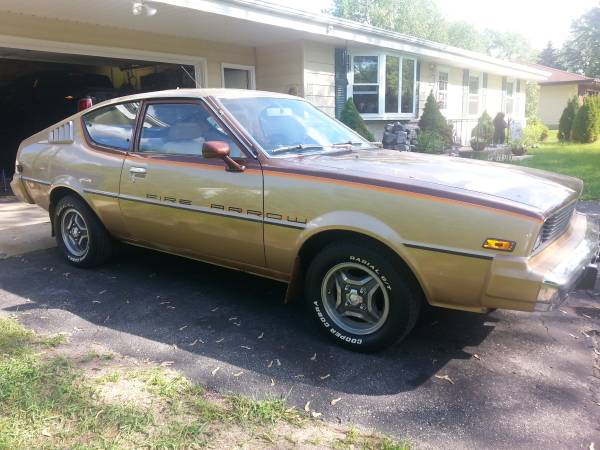 Here’s what my re-write of the Hunger Games script looks like.  So Katniss is chosen as tribute for her district for the annual Hunger Games, but instead of fighting to the death in some faux woodlands, the domed arena is pure black tarmac as far as the eye can see.  Katniss jumps into her ’80 Plymouth Fire Arrow, revvs up the 2.6 liter Mitsubishi Astron 4G54 4-banger, picks out an opponent and slots the shifter into first gear. 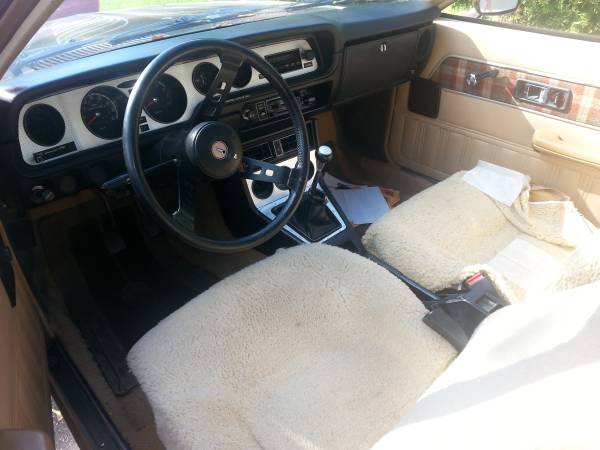 After what seems like an eternity of engine revving, and stern face closeups — the lights go green and all the Hunger Game contestants set out in their malaise mobiles.  The first car that Katniss finds is driven by that geeky looking kid who is named after that animal rights organization, he is driving a Triumph TR-7.  PETA’s plan is to drop an oil slick that’ll cause his opponents to spin out and crash (an easy task with an old Triumph), but Katniss wants to play a game of chicken.  At the last minute she finds ANOTHER gear, mashes the throttle and does a wheelie (this movie is obviously gonna be directed by that Fast ‘n Furious dude).  Of course when you hit a TR7 from the front it’s like you’ve hit a ramp, so the Fire Arrow goes flying through the air and out of the confines of the arena. It crashes right into President Snow’s command center, crushing the old codger and ending the Capital’s harsh rule over the Districts. 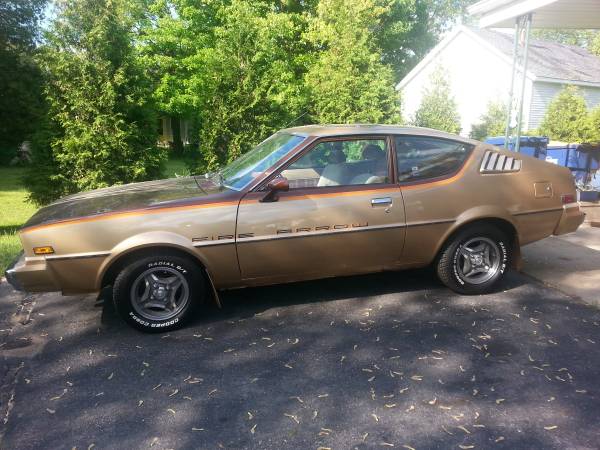