By Matt — What kind of old school would you like to be today, sonny? Digital dash type old school? DJ Jazzy Jeff old school? Headlamps that you must keep stocked with whale oil type old school? Seriously confuse your historic temporal sequencing with this 1985 Cadillac Eldorado with ‘Super Fly’ lights, which are apparently a thing widespread enough to earn a name, on craigslist in New York, New York for $14,000. 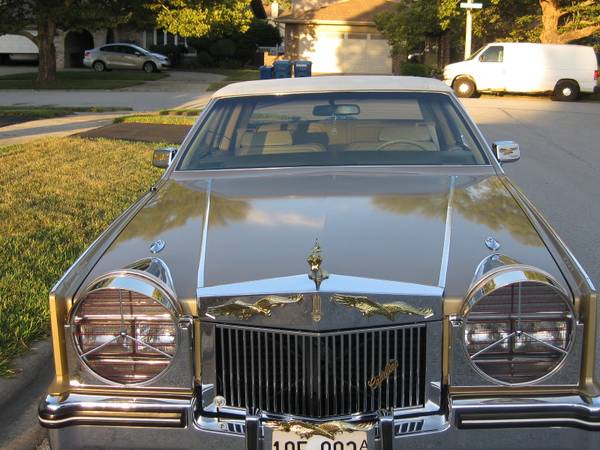 Born to a family of Cadillacs who’s mailman was a 1927 Rolls Royce Silver Ghost, this Eldorado appears to have been part of a Pep Boys auto accessories captive product test fleet that was stolen and never recovered. I would actually believe that theory if the owner didn’t have a Plymouth Sundance and Lee Iacocca Limo subjected to the same stream-of-consciousness JC Whitney hotline ordering process, both sitting in the driveway. 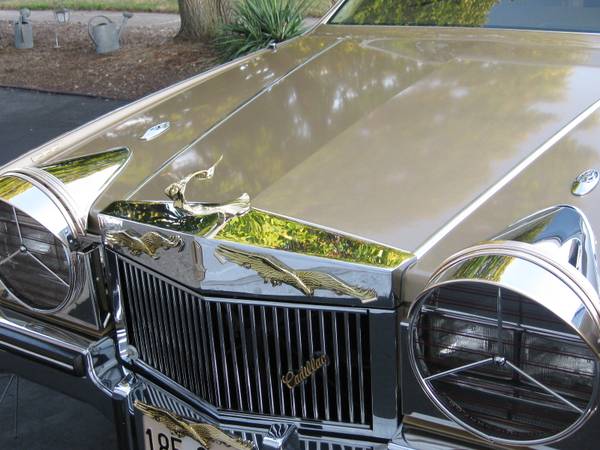 On the subject of accessory spares, this Eldo has two fake rotating assemblies mounted on the trunk for maximum protection against imaginary tire failures. A pair of screaming eagles on the grill are a reminder of the freedoms one has in America to ruin his vehicle in any way he damn well pleases. A Kitchen-Aide meat shredder attachment as a hood ornament also helps the whole cohesive nature of the package. 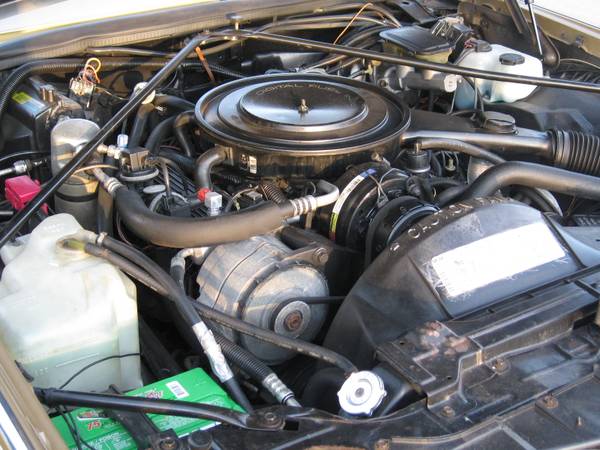 Thankfully, the interior is nice enough that you’ll never have a good reason to get out and look at what you’ve purchased. The combo of big, steampunky, brass lamps and a digital dashboard has a Back to the Future III vibe to it. Similar to when the DeLorean wore whitewalls and got pushed back into the 80’s by a steam train. If in 1985 the train came through Hill Valley and leveled this Alternate-1985-Direct-Market Eldo instead of the DeLorean, we’d be in a much better place historically. 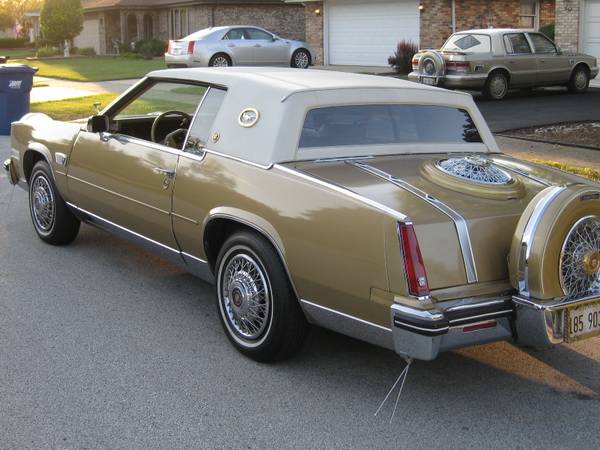 See a better way to “put on errors”? tips@dailyturismo.com