The product planners at Alfa Romeo decided to borrow naming technique from MG with the release of an executive sedan called the Alf Romeo Alfa 6 in 1979.  It used the classic Alfa Romeo setup of a engine mated to a rear wheels that were suspended by a de Dion tube in the back, but it used a conventional gearbox instead of a transaxle like the Alfetta (Italian for little Alfa).  Find this 1980 Alfa Romeo Alfa 6 Diesel here on eBay bidding for $2,501 with 1 day to go, located in Scarsdale, NY. 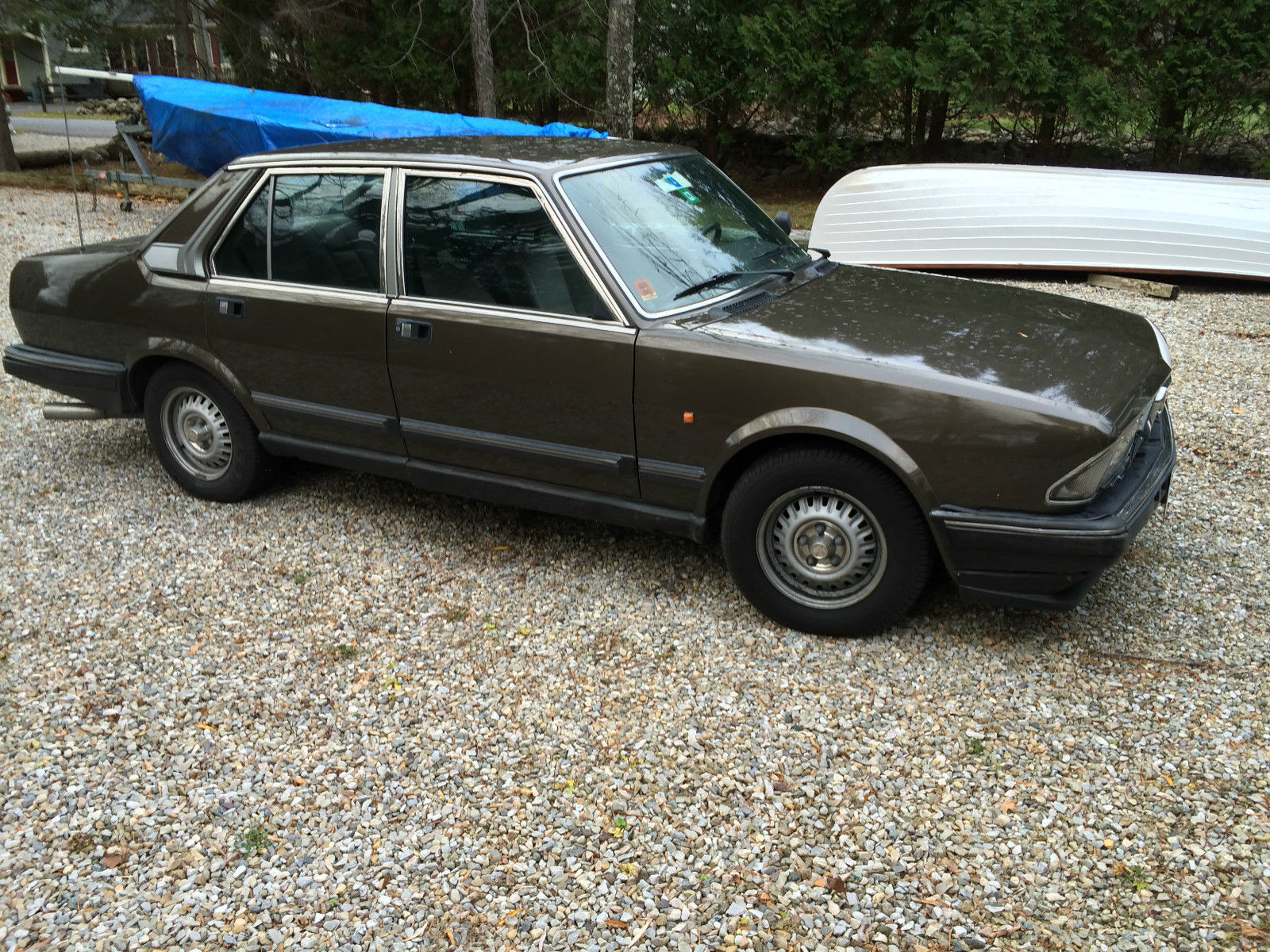 The bix sedan was given the 6 suffix because it was the first car to use the legendary Giuseppe Busso designed Alfa Romeo V6.  The V6 would eventually be used in the GTV, Alfetta, 164, 155, 75/Milano, but funny enough, this one does not have a sonorous V6! 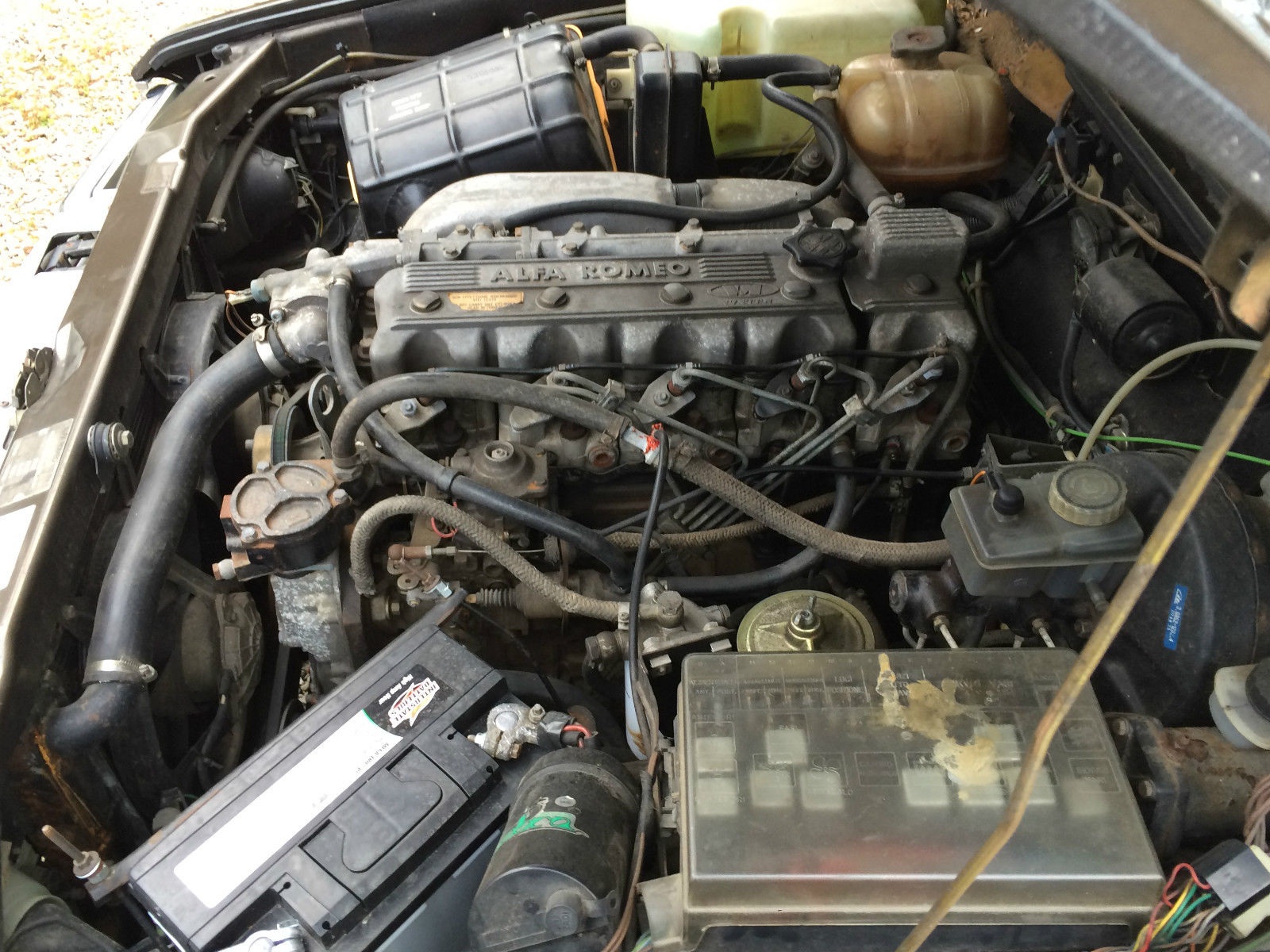 This bruciatore ad olio is one of the ~3000 Alfa 6s (should probably be called an Alfa 5) that were equipped with the optional inline-5 turbodiesel.  The heavy fuel burner was engineered by VM Motori S.p.A (out of Cento, Italy, now part of Fiat) and puts out 105 horsepower and 152 ft-lbs of torque. 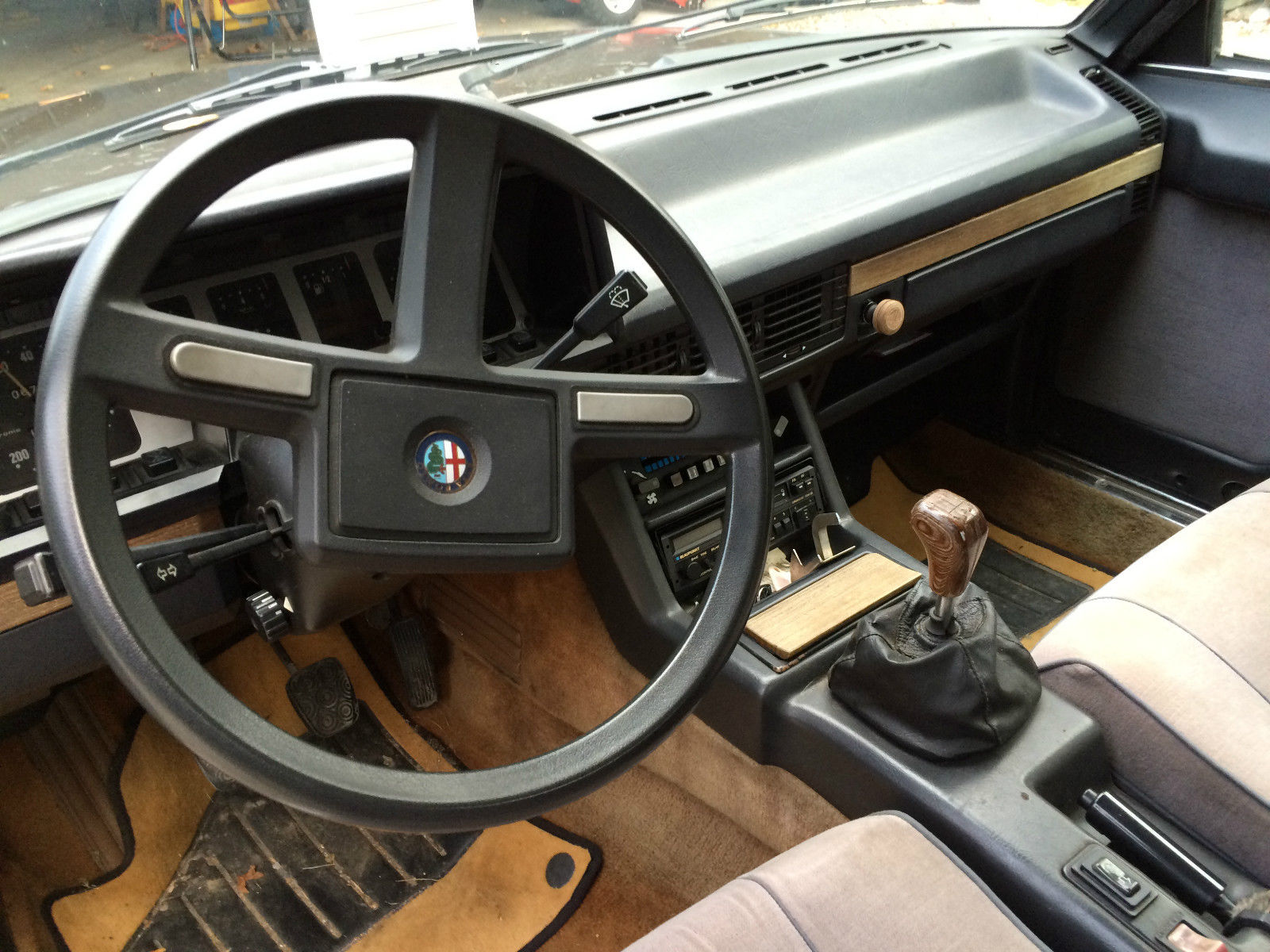 This 6 is equipped with the dogleg configured 5-speed — apparently buyers had the choice of conventional and dog-leg 5-speed transmission options when new.  The strange knob you see sticking out from the steering column under the turn signal stalk is a pneumatic headlight beam control system that should steer the headlights, and according to the Italian who runs alfa6.net, it never works. 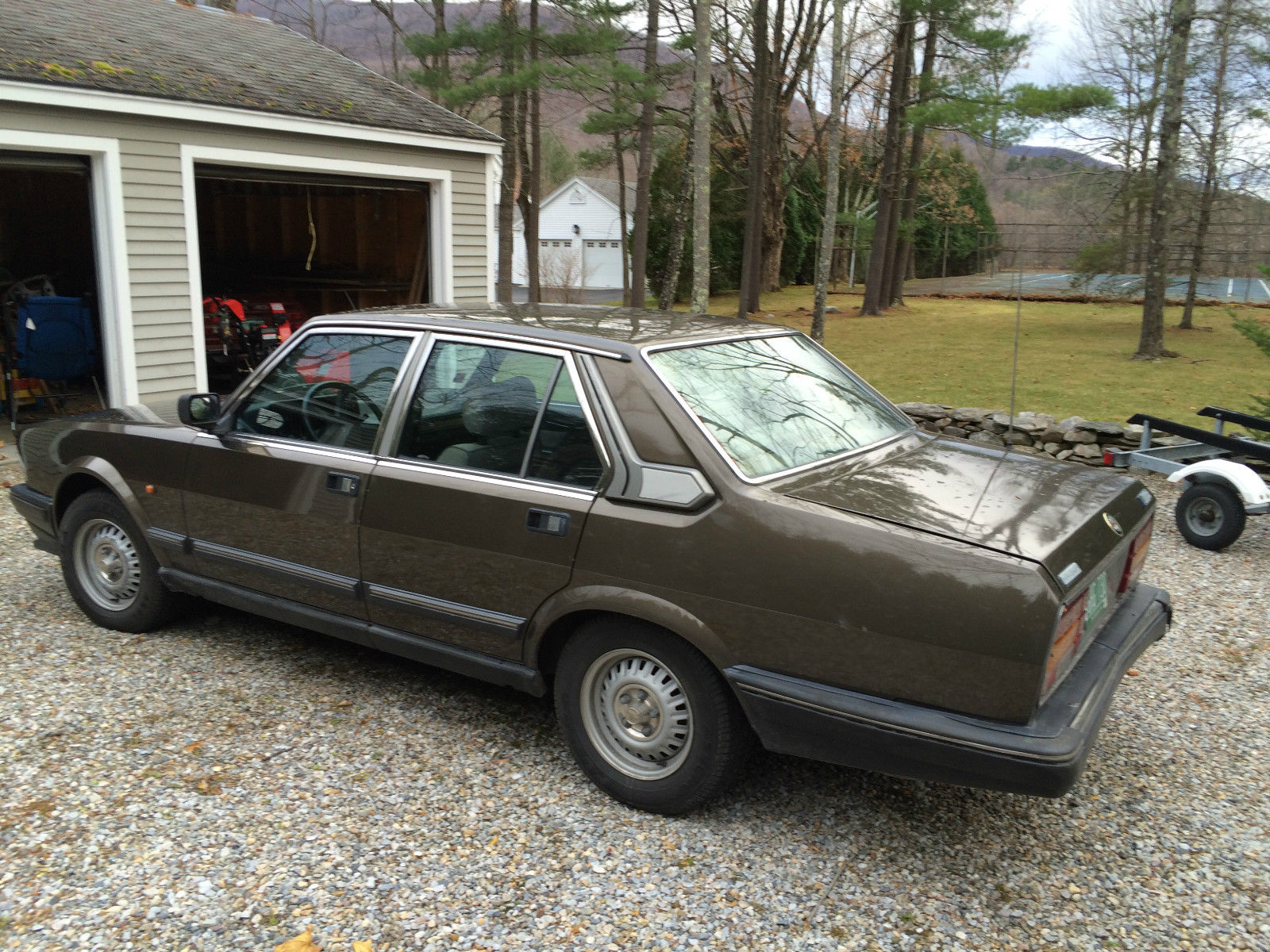