The first generation Toyota MR2 was an game changer of an automobile.  It introduced the world an affordable mid-engine car that wouldn’t rust into the earth or break down weekly (ahem…Fiat X1/9…cough) and it was fabulous. Find this 1985 Toyota MR2 offered for $3,300 in Phoenix, AZ via craigslist.  Tip from FuelTruck. 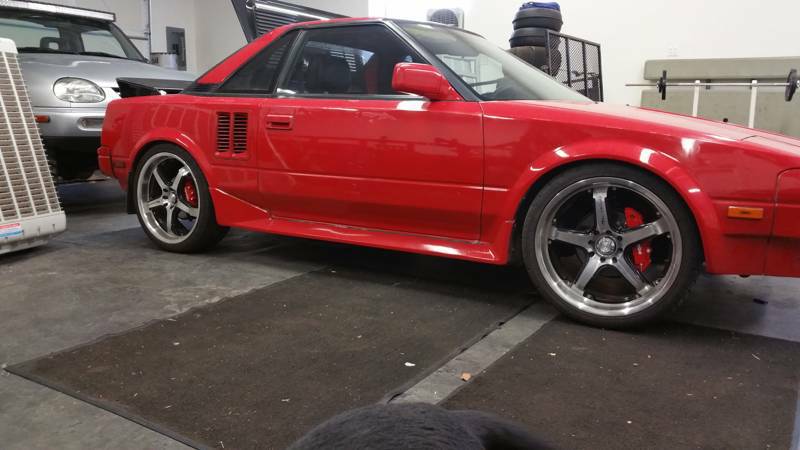 The first generation Toyota MR2 was a lightweight 2-seater built from
1984 to 1989 with a small inline-4 engine that could be optioned with a
small Rootes-type supercharger good for145 horsepower, but today’s runabout has 20 valve 4AGE silvertop engine with a blacktop ECU conversion which should make more than the stock 160 horsepower.  Unfortunately this car is also equipped with giant wheels, some cheap coilovers, and peeling paint. 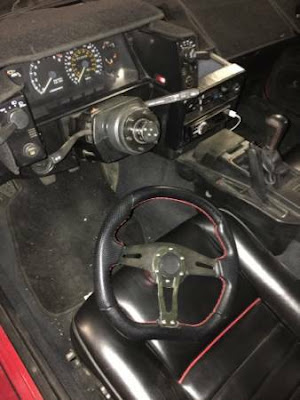 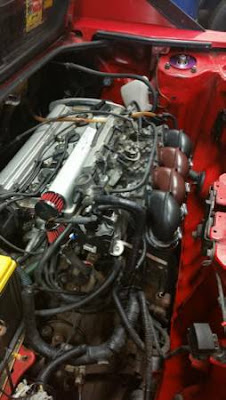