The Volvo Amazon (called the 120 series outside of Sweden due a complicated lawsuit involving a German company with the rights to the name Amason) was
the more practical, more upright but still cool older sibling of the
P1800 sports car, to which it donated its engine, transmission, and
suspension options.  For decades the Amazon was an under appreciated classic that could be owned for next to nothing, but classic car collectors have started to recognize the value and prices are up…mostly.  Find this 1965 Volvo Amazon 122 offered for $3,000 near Louisville, KY via craigslist. Tip from Zach Z. 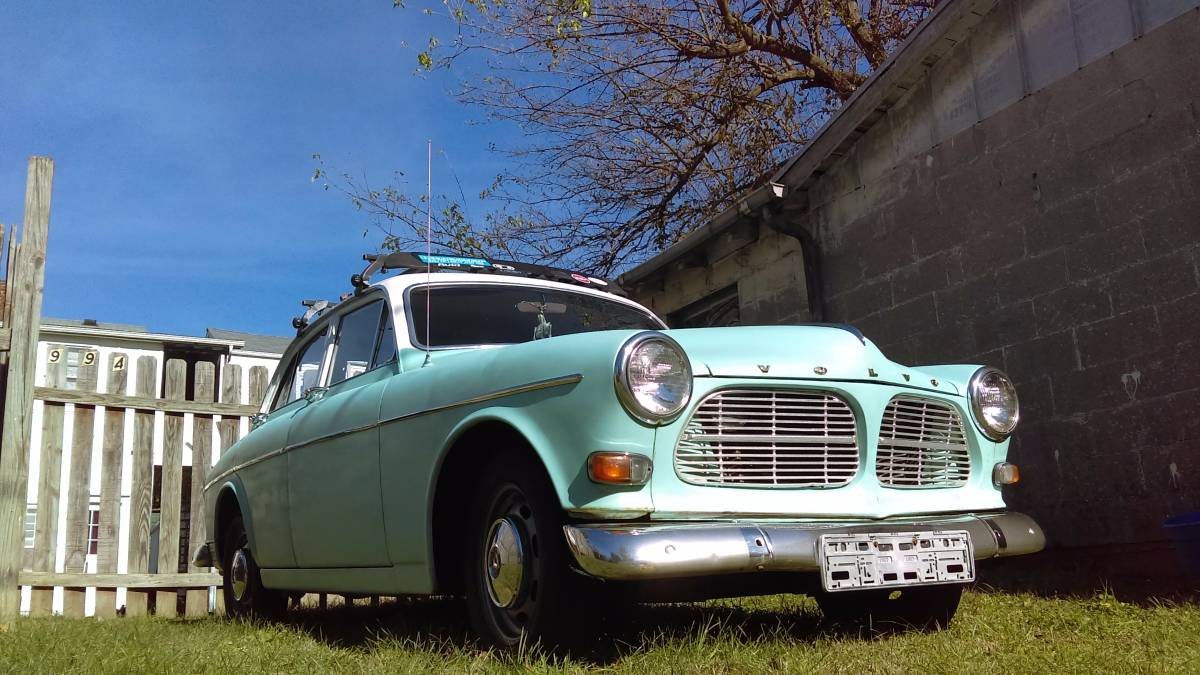 With a running/driving B20 engine and 4-speed manual gearbox this car looks like a decent deal for the simple asking price.  See a better deal on an old beater? tips@dailyturismo.com