Top Gear USA (starring racer Tanner Foust, car nerd Rutledge Wood, and inexplicably annoying Adam Ferrara) was in its fifth season last summer but nothing was ever filmed/released this summer.  It is probably a good bet that the show has been canned, but nothing official so far….which is a shame because it was a good show, far more watchable than the terrible car-related nonsense that is produced by Velocity and other channels.  If you are (were?) a fan of Top Gear USA, this next car will be of interest because it appears to be the car built by Tanner Foust for a 2011 challenge.  Find this 1986 BMW 325e  from Top Gear USA Series 2 Episode 1 here on eBay 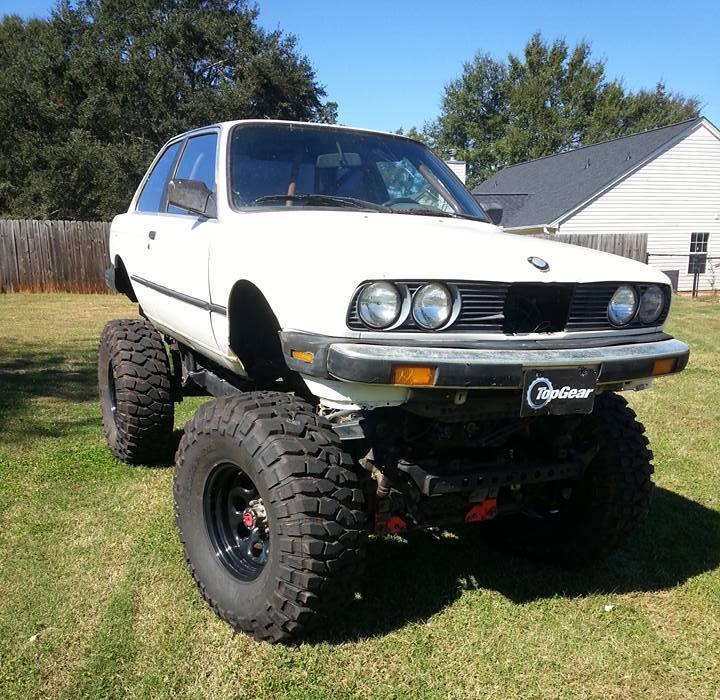 The original Top Gear USA challenge involved the hosts buying $2000 cars and  driving them across Texas, in an attempt to find an alternative to the pickup based on a 2-door coupe.  Needless to say the result was pretty funny, but Tanner ends up modifing his 325e into a monster truck by dropping the body onto a Toyota Pickup frame, which means it is now 22R powered and sitting on massive 39 inch BFG mud tires.

Watch the video of the episode where Tanner spanks everyone in his BMW 325e Toyota Pickup with a BMW body.  Seems like a great deal for the current asking price. 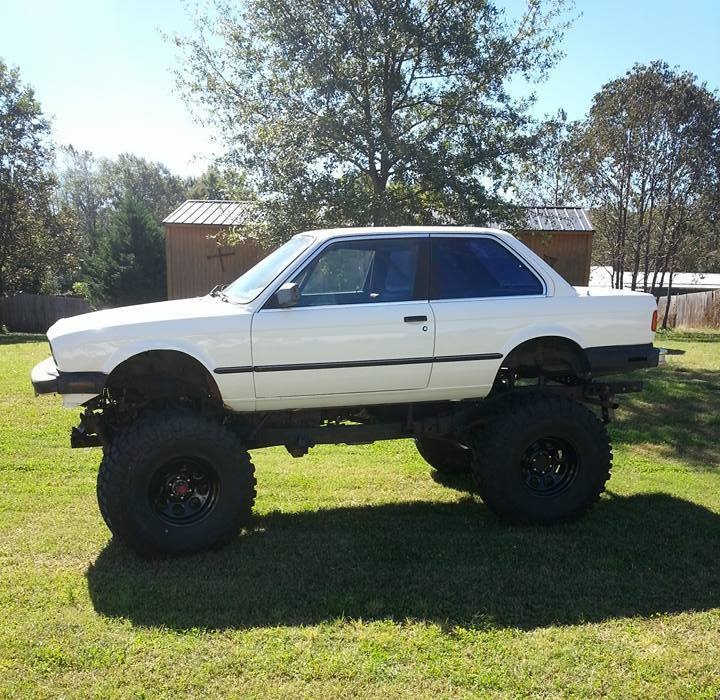