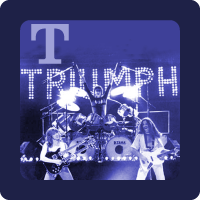 T isn’t for tuetonic tank, no…T is for a tea sipping topless tourer for two.  Triumph introduced the TR6 in 1969 to replace the
TR5/TR250 which was really just a slight change to the TR4…you could probably trace the roots of most British sports cars back to Roman chariots, but that is a diatribe for another time.
The TR6 is a good looking car and it lasted thru 1976 when it was replaced with the wedge shaped
and unloved TR7.  Find this 1974 Triumph TR6

currently bidding for $6,831 on ebay reserve-not-met in Maple Shade, NJ. 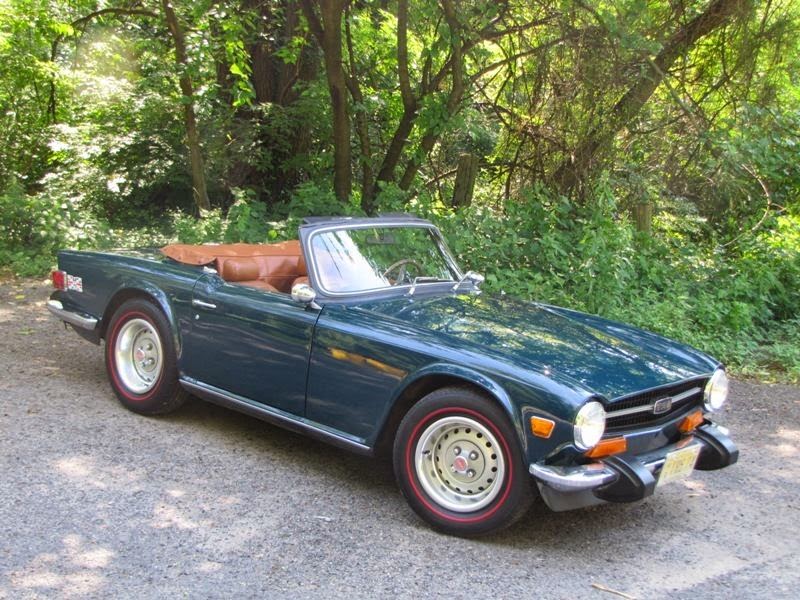 This is a pretty driver condition big bumper TR6 which aren’t exactly flying off the shelves these days, but it is Mallard Green/Saddle which is a really good combo.  It is also an East Coast car, but the seller is adamant that it’s rust free, which means it has spend a lot of its life indoors. 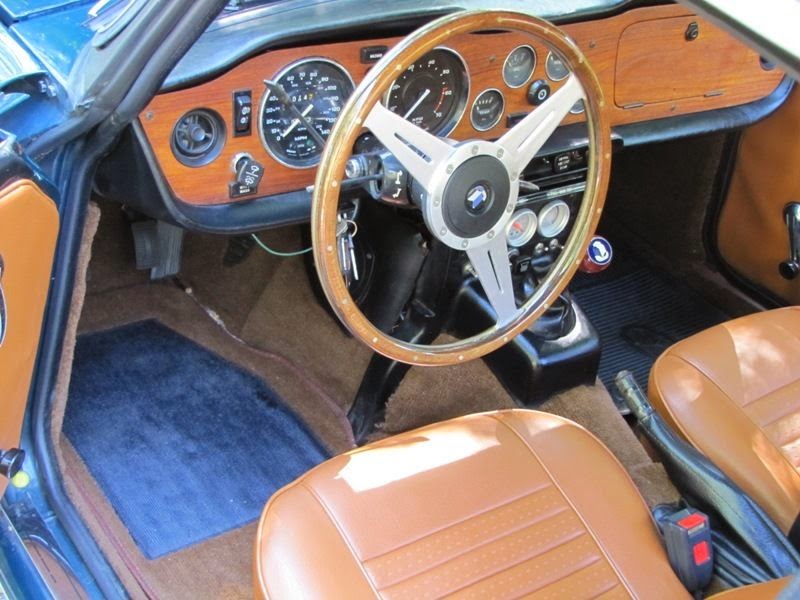 It has overdrive which is getting harder to find and the mild upgrades should be good.  Someone added a few extra gauges, one looks like a mini-tach which may suggest the original may not be working. 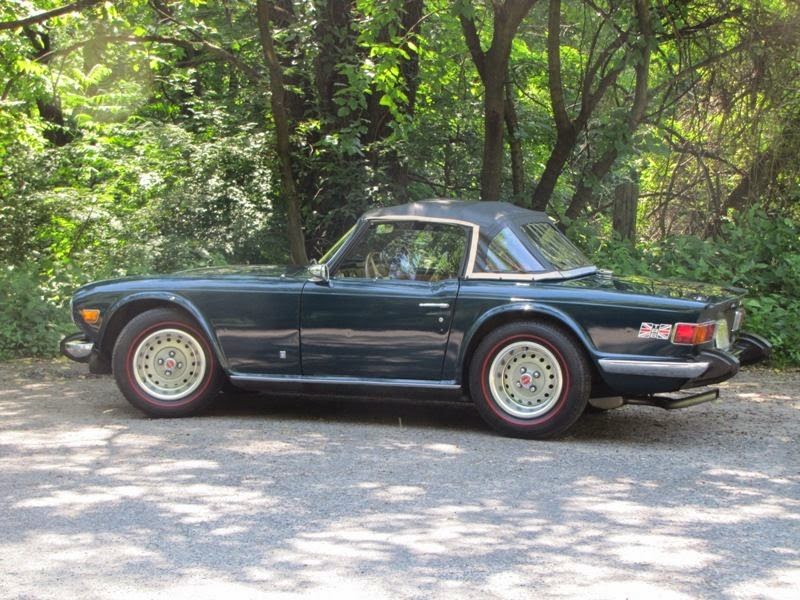