The third generation Toyota Corolla isn’t going to get you front row parking from the valet at a trendy club in Hollywood– but you might get a few thumbs up in Long Beach…particularly if you head down to the Queen Mary during the annual Japanese Classic Car Show.  Find this 1975 Toyota Corolla offered for $3,000 in South Los Angeles, CA via craigslist. 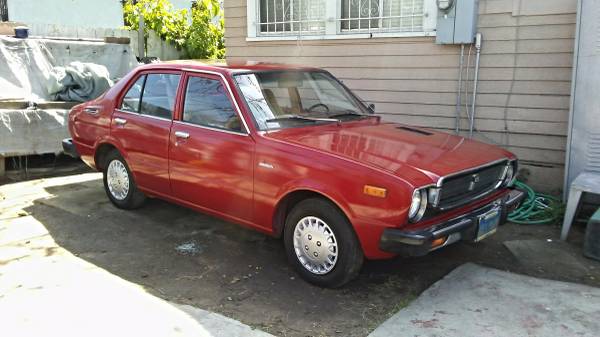 For the low asking price of $3k here is what you get — a pre-smog (that is code for “swap in your favorite JDM green-top VTEC thing fed with side draft carbs!!”) classic with a front-engine rear-drive setup, nice paint and “everything is original from the blue license plates to interior.” 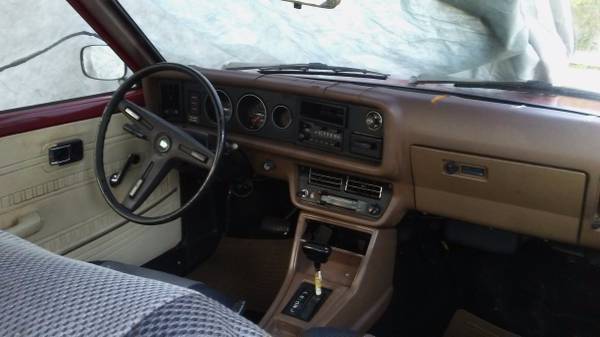 An original ’75 Corolla TE31 is going to be powered by a 2T inline-4, which is a 1.6 liter gutless overhead valve carburetor fed thing that makes 75 horsepower on a good day.  With the original automatic transmission, this thing will be quicker than a Gillig Phantom — but only by a gnat’s chin hair. 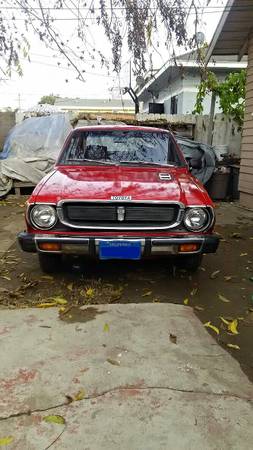