The Renault 4 was launched in 1961 as the first front wheel drive family car produced by Renault with a sub 1 liter watercooled inline-4.  Production lasted into the 1990s and a staggering 8 million of the little things were built and sold around the world…but good luck finding one in the USA that hasn’t rusted back into nature.  Find this 1981 Renault 4 GTL offered for $5,900 in Houston, TX via craigslist.  Tip from FuelTruck. 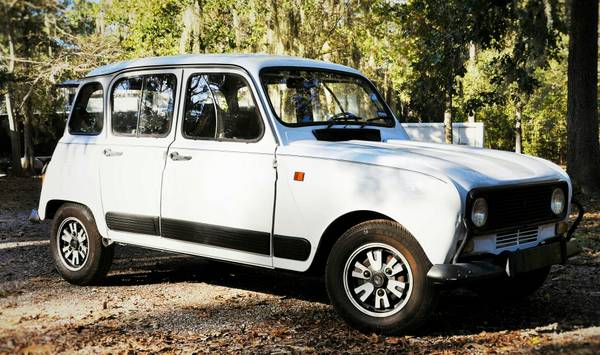 In 1978 Renault released the GTL version which featured a 1.1 liter engine borrowed fromt he Renault 6 TL and a few other unique trim pieces.  This ’81 model year GTL still uses drum brakes on all four wheels — discs didn’t get added up front until 1983 giving the R4 the distinction of being the last French car to be sold with drums all around. 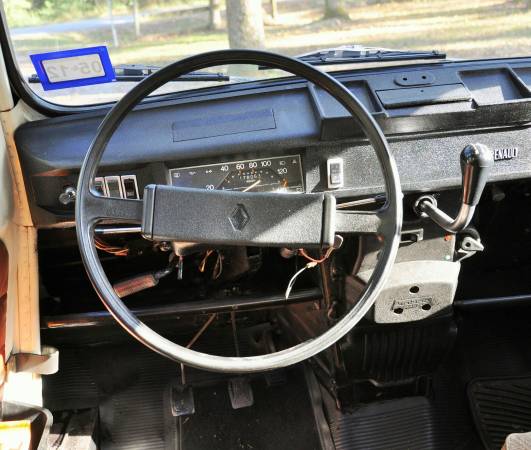 Powering the front wheels is a 1.1 liter inline-4 that puts out 34 horsepower and 55 ft-lbs of torque which isn’t much when compared to the 1600 lb curb weight.  It isn’t fat mall cop of a Segway slow, but performance should be on par with a stock 60s Beetle…or a skinny mall cop. 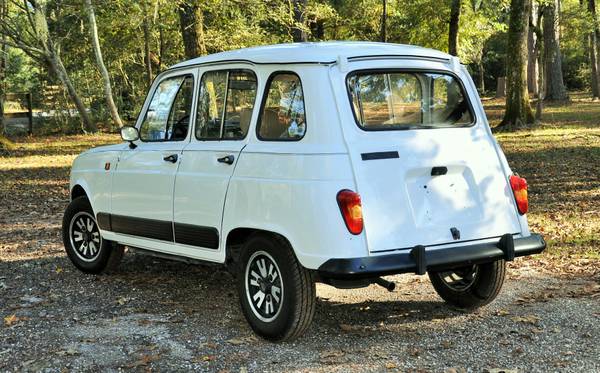