Each year around early February, the country is gripped with a fever for watching a multiple hour extravaganza on the ultra rare Super Bee Owl.  The editors and writers of DT are going take take a break from trying to help a Nigerian prince avoid estate taxes via complex international wire transfers and crack open a few brewskies and watch the game.  However, if you aren’t interested in the game, perhaps these wicked custom fan creations will get you into the spirit. Tip from the mysterious Mr S. 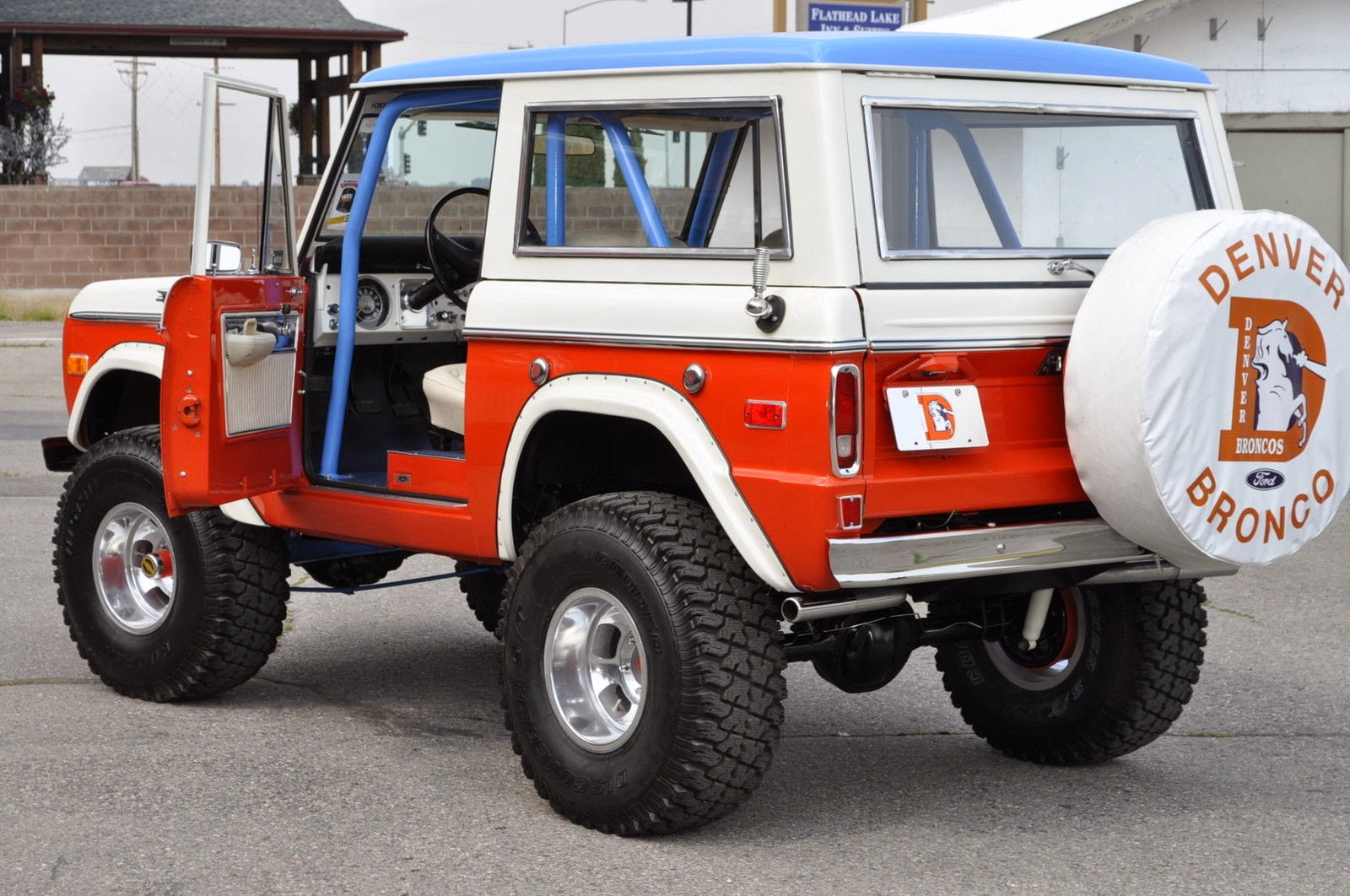 offered for a lofty $25,000 with reserve-not-met in Kalispell, MT via ebay.  The current price is crazy high for a Bronco and we can only assume the owner is planning on moving to Denver and buying a house with his profit if he gets his asking price.  Regardless, it looks like a well done custom Bronco created by a fan, but it isn’t…this is a Dealer optioned color/appearance package that was offered by Denver area dealer in limited numbers to seller more Broncos back in 1974/5.  Just goes to show that ya find out something new every day. 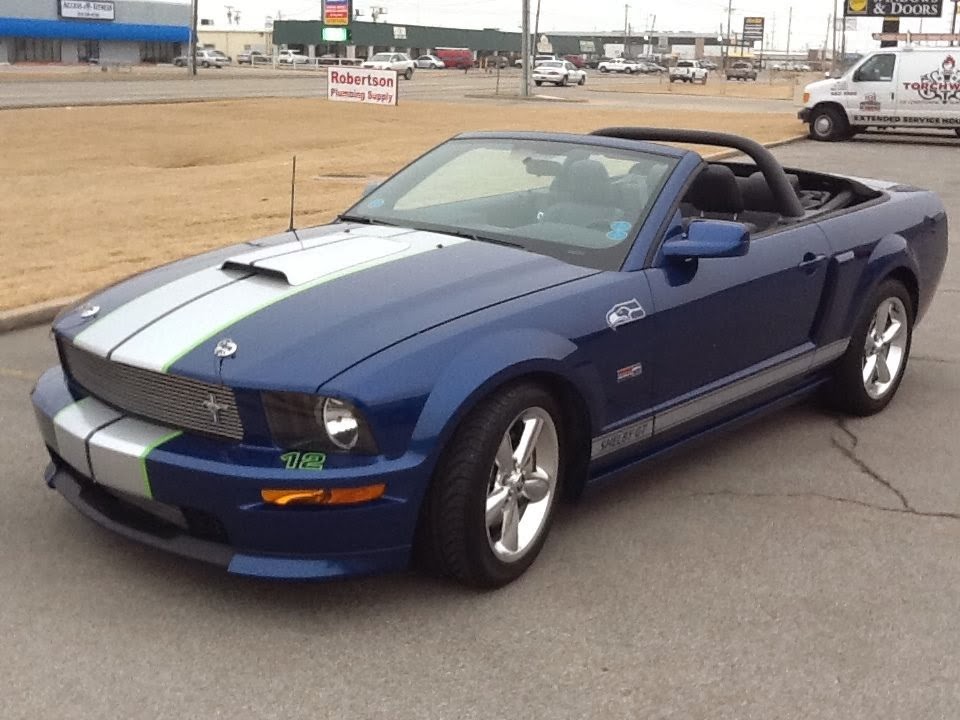 For the Seahawk fan out there, there are no factory option specials, but you can pickup this 2008 Ford Mustang Seahawk GT

currently bidding for $6,600 reserve-not-met via ebay.  Although the seller drops the Shelby name left and right, this is actually a standard Mustang GT with the addition of a supercharger and fancy hood.  Strip the Seahawk emblems and number 12 from the side and it would make a decently fast fair weather cruiser. 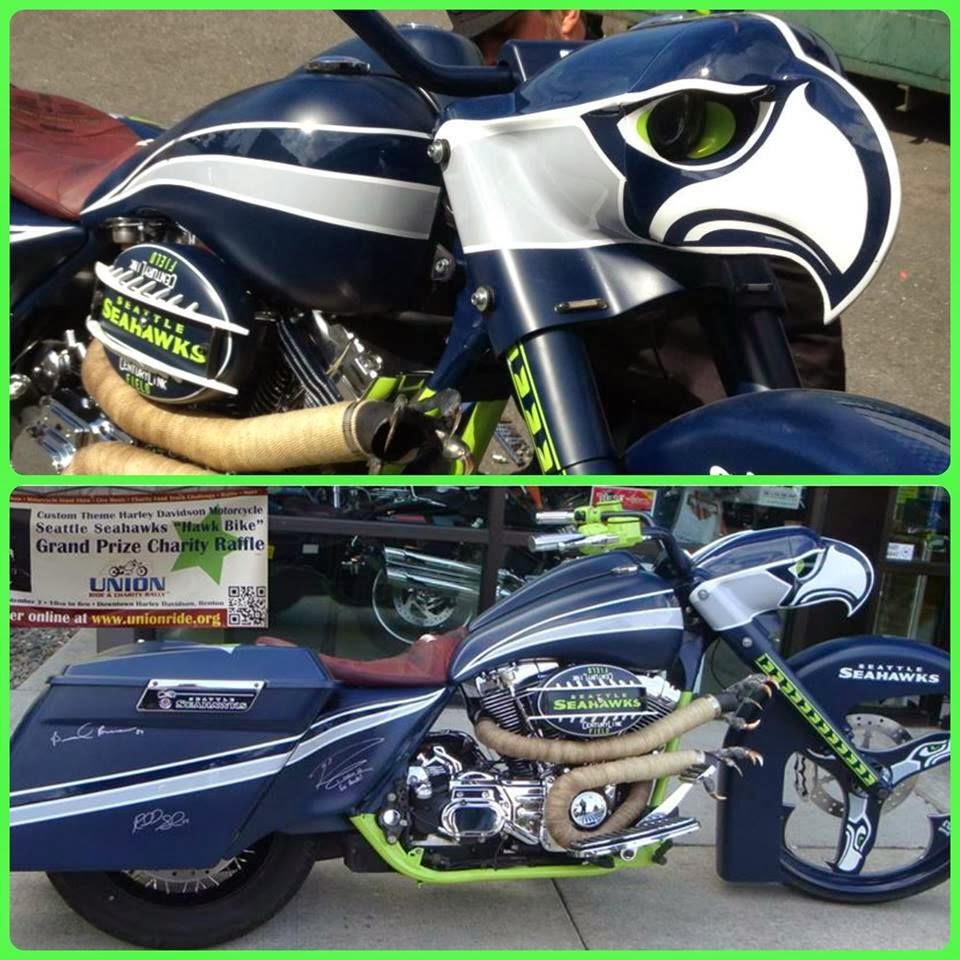 that is bidding for $14,100 reserve-not-met via ebay.  This Harley was built for and auctioned off at the Union Ride & Charity Rally and the winner turned it back into the charity…which is now selling it to get more money.  It is win, win, win for the working families of Washington as beneficiaries of the charity.

See a better way to celebrate the Super B Owl?  tips@dailyturismo.com