There is something about the combination of unpronounceable name, bizarre marketing strategy, and sketchy technology to make a cool car a complete sales loser.  Imagine if today Ford took their European built Focus RS and badged it as the Lincologne F0TRS.  It doesn’t matter if it was equipped with some awesome turbocharged engine and a 6-speed manual gearbox, but it would languish in the back of Lincoln dealers because frankly anyone who stumbles into a Lincoln dealer is either a drunk or lost.  Potential customers would stumbled past it and in a moment of lucidity say “I don’t know what that is but it’ll take too long to explain it to my friends, I think I’ll go buy something from a Ford dealer.”  This is exactly what happened to the Ford of Germany built Merkur XR4Ti 30 years ago, and today you can buy one without getting drunk or stepping in to a Mercury dealer.  Find this 1985 Merkur XR4Ti here on eBay 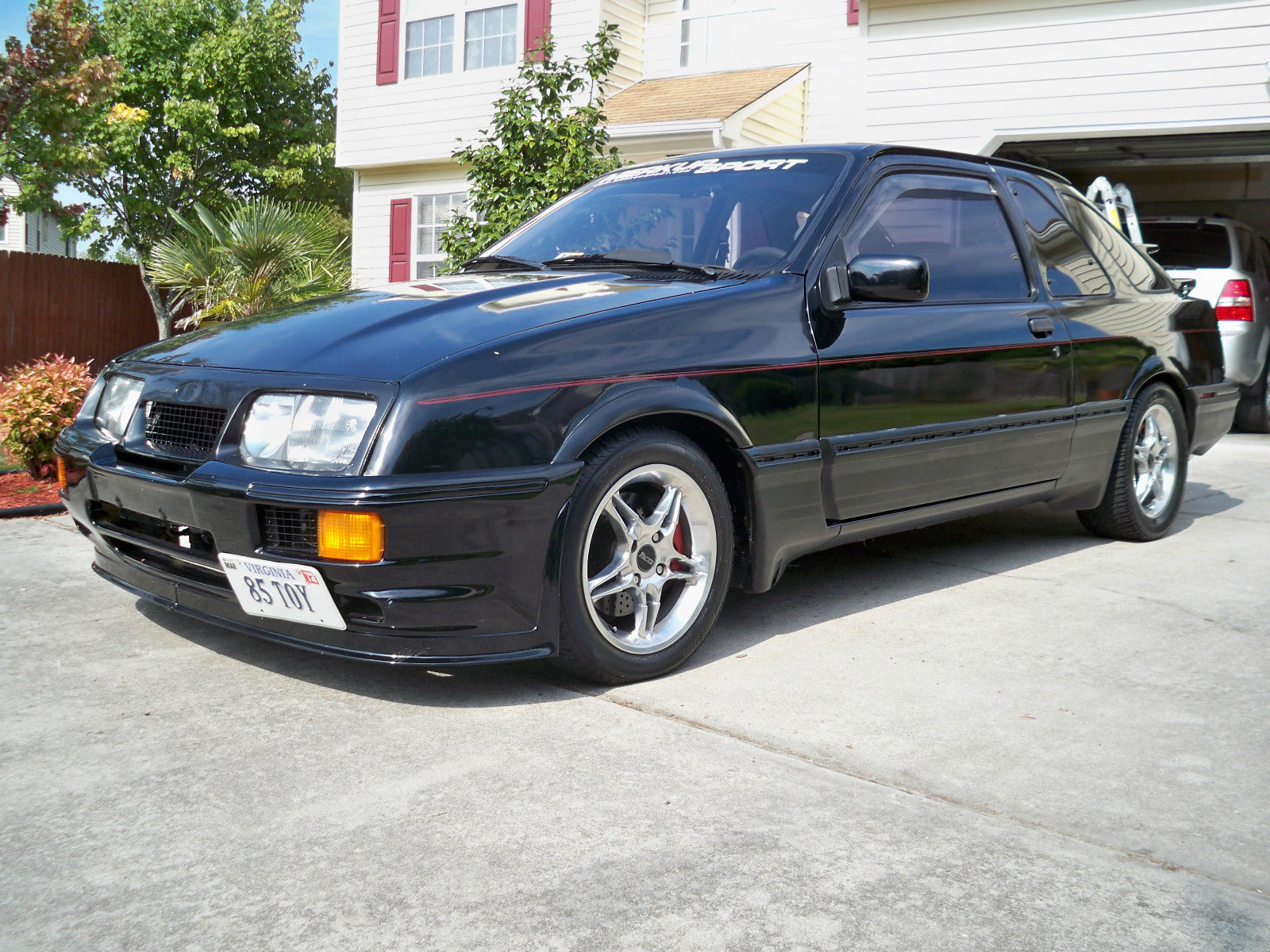 The eXperimental Racing 4-cylinder Turbocharged Injected oddball was the brainchild of Swiss born automotive icon Bob “Give Them LOLZ” Lutz.  In a nutshell the XR4Ti was simplly a well equipped Ford Sierra RS that had been exported to the USA and it didn’t sell very well. 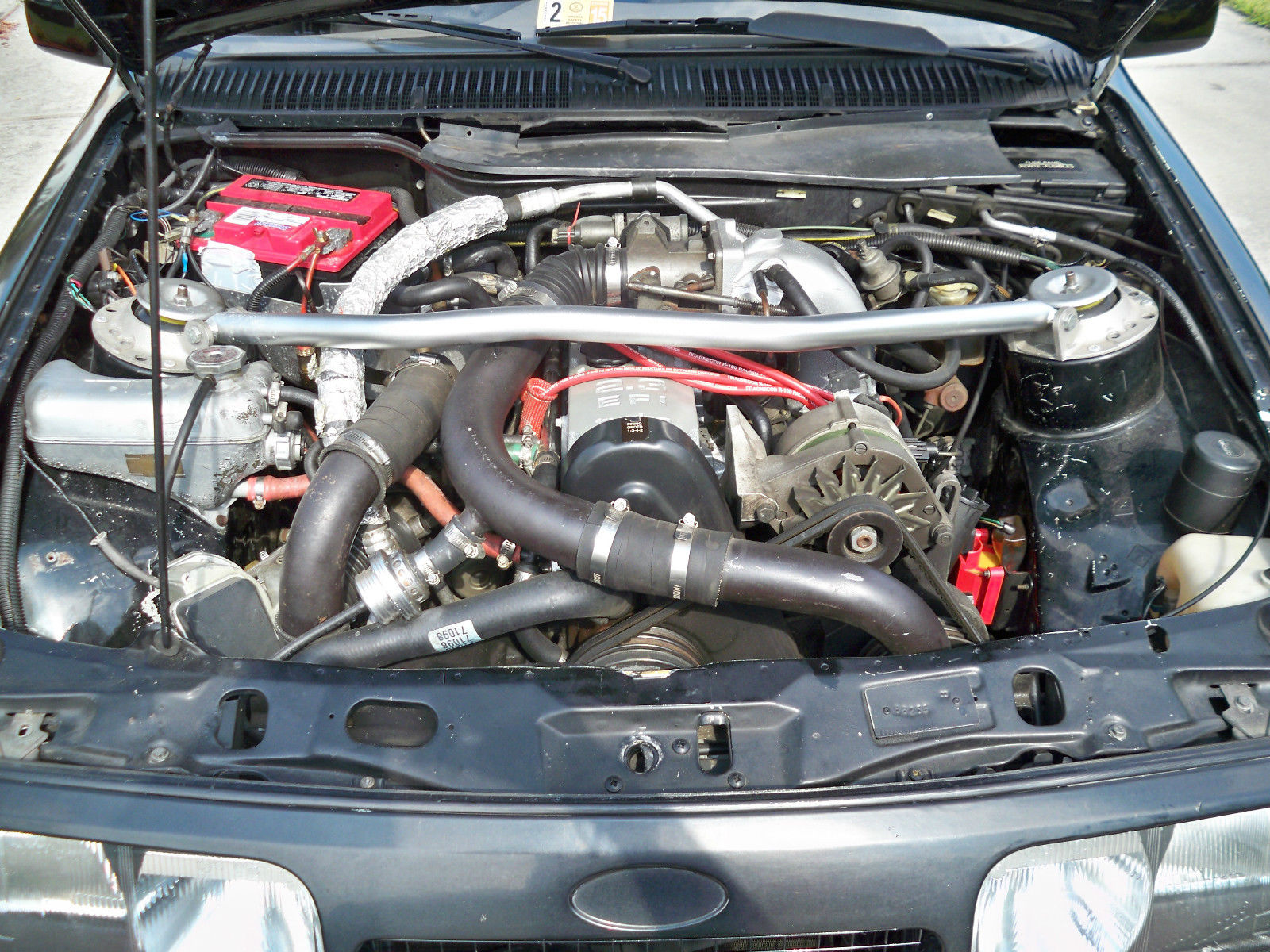 The XR4Ti is powered by the 2.3 liter SOHC “Lima” inline-4 cylinder
found in the Mustang SVO and Thunderbird Turbo Coupe, rated at 175
horsepower when stock, but this XR has a few tricks up its sleeve. The engine has been modified and the suspension beefed up with all kinds of aftermarket goodies.  Perplexingly, it is shifted with an automatic gearbox. 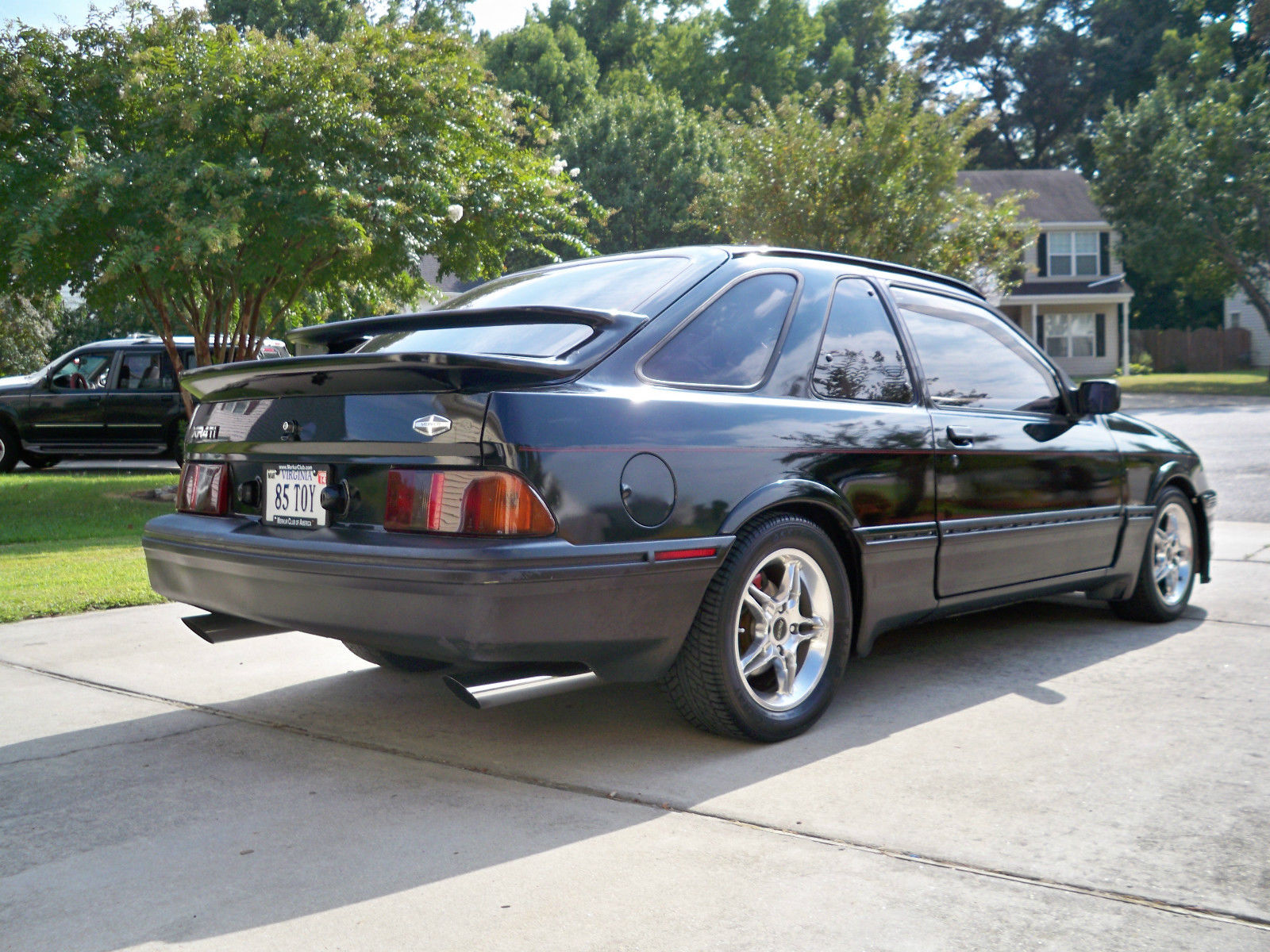 See another car equipped with a bi-plane wing? tips@dailyturismo.com