The 2004 model year release of the Subaru STI into the North American market was a landmark year for American Subaru performance lovers.  Now you could get your 2.5 liter flat four force fed to the tune of 300 horsepower and a 6-speed gearbox– items that were previously raremashita on these shores.  In the same year Subaru also introduced their 2.5 liter turbocharged Forester XT turbo that offered a lite version of the STI but in a supersized wagon package.  Today’s car has been swapped with all sorts of STI goodies and is close as you’ll get to a Forester XTI.  Find this 2004 Subaru Forester XT offered for $14,000 in Riverside, CA via craigslist. 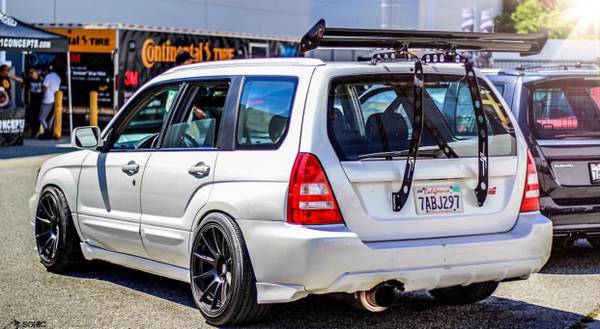 The seller of this XT has a huge list of…whoa…holy mackerel…get a load of that wing!  We need another view. 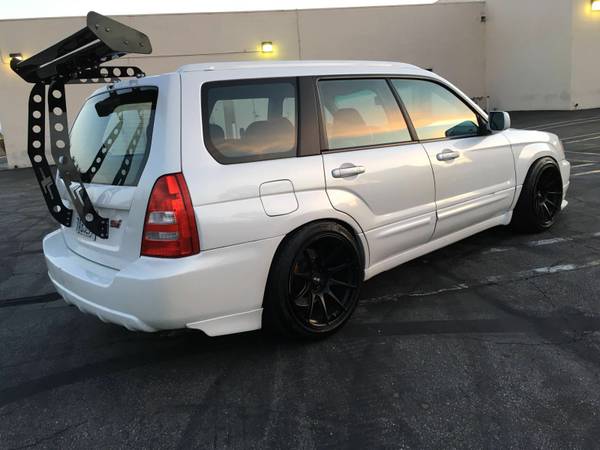 Yeah.  That is quite a wing — not as handy for eating Ramen as the OE STI wing, but it will certainly provide the downforce necessary to drive around LA’s Inland Empire with some of your pals.  Some details from the seller: 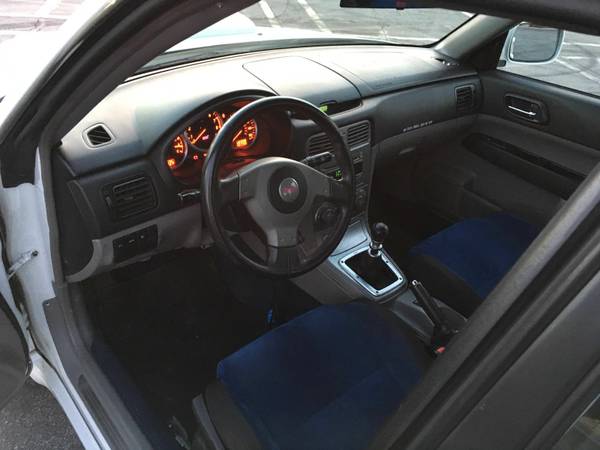 With an STI powertrain it should make 300 horsepower and 300 ft-lbs of torque with more available if you are willing to chip-tune it.  When mated to the STI 6-speed manual transmission and all four wheels it makes for a potent package. 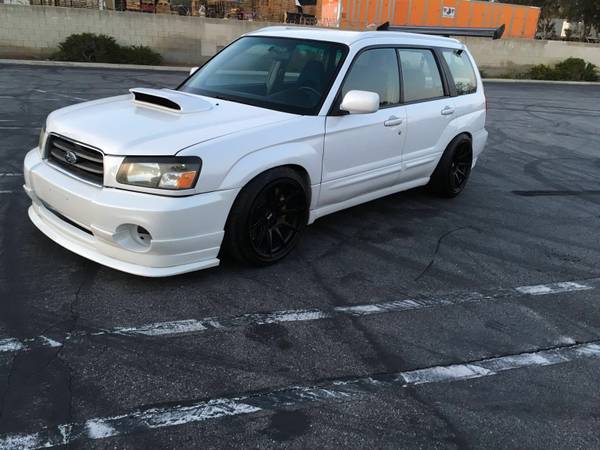