The Sterling (aka Nova) kit car was first produced in the UK by Richard Oakes and Phil Sayers using a swoopy fiberglass body, and Volkswagen Beetle chassis with buyer provided running gear, but the story didn’t end with them.  Several entrepreneurs later and the same basic shape/molds were used by Joe Palumbo who started Amore Cars in Milwaukee, building something called the Cimbria SS.  Find this 1983 Cimbria SS Kit Car by Amore offered for $12,000 in Santa Barbara, CA via craigslist. Tip from Rod444. 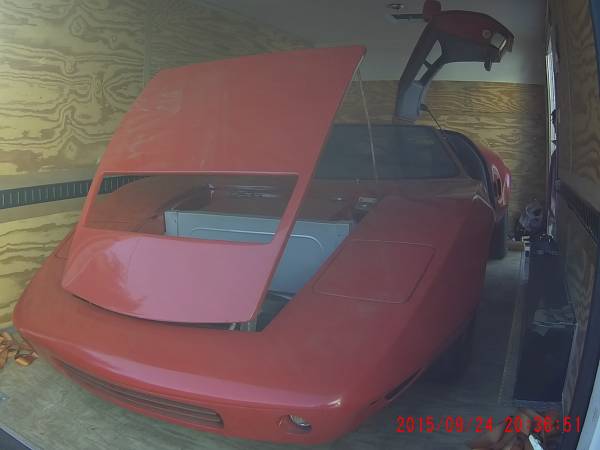 The seller calls this car a Cimbria by Neira, but internet sources conflict on if the Neira (or Neiera) was a renamed Cimbria or assembled by another builder altogether.  However, it does appear that the 1983 VIN would put this in the timeframe of the Cimbria SS built by Amore Cars.  But, this car looks to have a tubular frame instead of a Beetle donor pan, so it could be something one-off.  Here is a Cimbria SS brochure from nationalsterling.org. 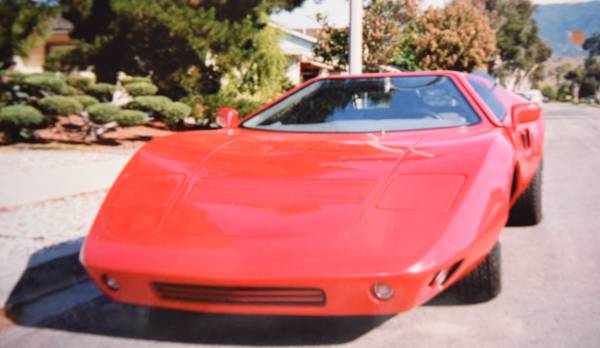 The seller includes a few blurry pictures of older pictures of the car when it was driving around, but the recent photos look to have been taken inside of an enclosed car trailer.  It looks in good shape all things considered, and could be a blast to drive even with the slushbox. 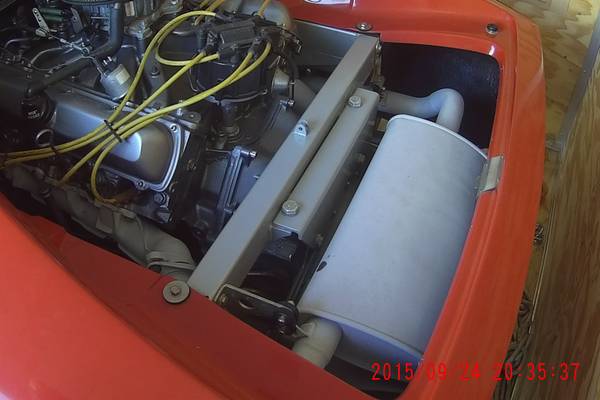 Under the rear hatch is a 455 cubic inch (Chevy, Oldsmobile, Cadillac?) V8 that appears mated to an automatic transaxle — this could be an entire assembly from an Oldsmobile Toronado…perhaps someone reading this can enlighten everyone in the comments. 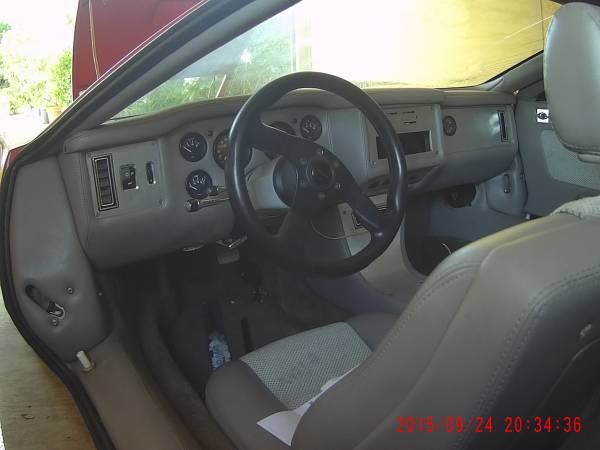