For the 2005 model year Mercedes-Benz began production of the R171 generation SLK-Class roadster to replace the aging R170 (1997-2004) version.  The new version gave the world the first look at Mercedes new single headlight look, abandoning years of the 4-eye vestigial pontoon styling.  The pointy nose was inspired by contemporary Formula 1 cars and designed by Steve Mattin, but it looks good.  Find this 2006 Mercedes-Benz SLK55 AMG offered for $17,499 in San Francisco, CA via craigslist. Tip from FuelTruck. 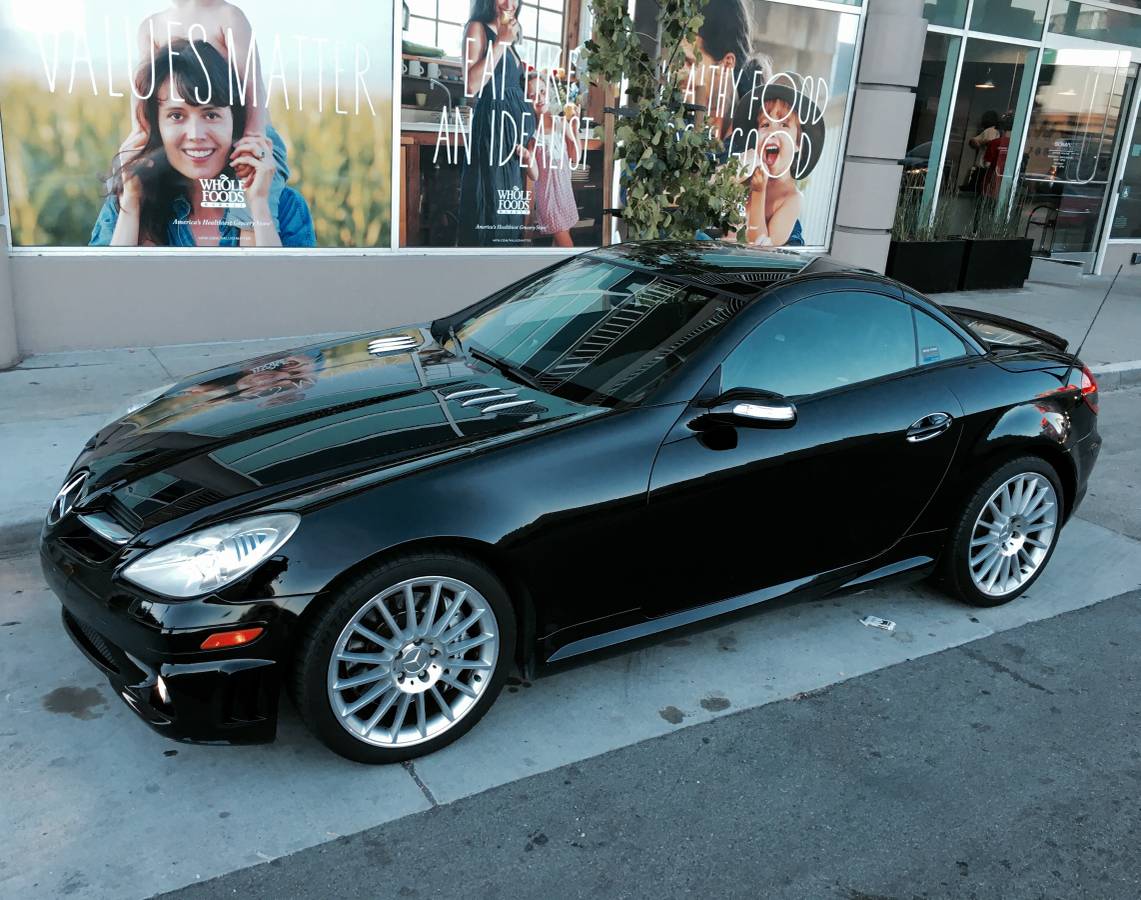 Before we get to far ahead, let’s take a look at a few figures.  About a decade ago this thing cost more than $75,000 but not it costs less than a new Civic.  Zero to 60mph takes about 4.3 seconds according to Road & Track. 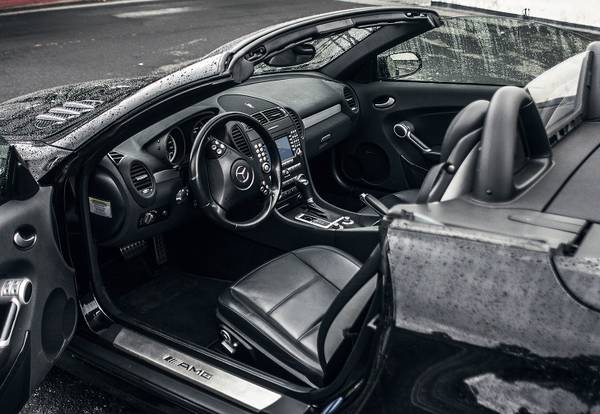 This thing is fast, but here is the strange thing.  AMG used the non blown version of the M113 V8 starting in 1998 in the E55 AMG, but in 2002 they went to the supercharged version of the same 5.4 liter engine pushing power up to about 500 horsepower depending on the spec…however…the little SLK was given the old naturally aspirated version from 2005-2010?!?  Really?  Sure, it is fast with 360 horsepower and 376 ft-lbs of torque, but imagine how insane this car would be with another 150 horsepower.  Yeah. 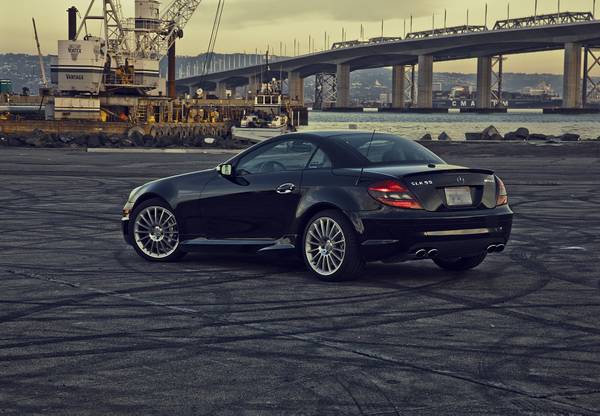