The tenth generation Ford Thunderbird was released in 1989 and within a few months the Super Coupe (SC) version was Motor Trend’s Car of the Year. Luckily for people who like cheap cars, the COTY award is worth about as much as one of those 4×6 pre-paid post cards that fall out of automotive magazines like oversized confetti and the Super Coupe can be picked up for super cheap.  Find this 1990 Ford Thunderbird Super Coupe offered for $4,500 in Star, ID via craigslist.  Tip from FuelTruck. 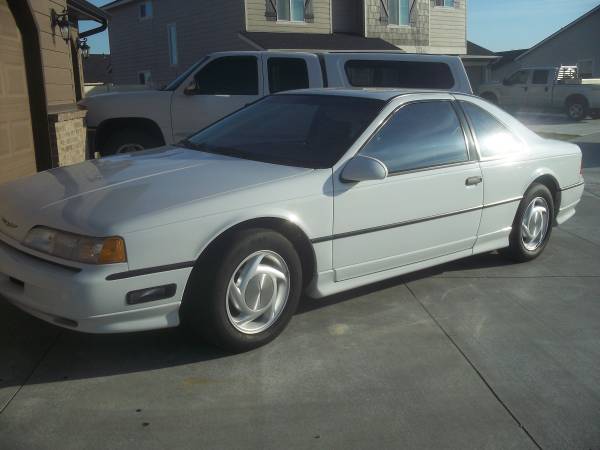 New to the 10th gen T-Bird MN12 chassis was an independent rear suspension, a
supercharged V6 and a Mazda sourced 5-speed manual gearbox.  But if you
wanted all of those goodies together, the only way was to get the Super
Coupe with a starting MSRP of $20,390 — a considerable upcharge from the basic $14,980 of the standard version. 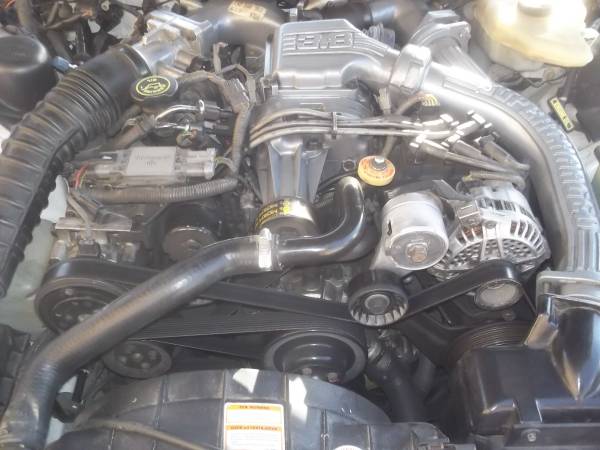 Under the hood is a 3.8 liter V6 that is boosted with 10 psi from an
Eaton M90 Roots-type blower from the factory to produce 210 horsepower
and 315 ft-lbs of torque (which was more powerful than the optional 200
horsepower 5.0 V8 available starting in 1991). 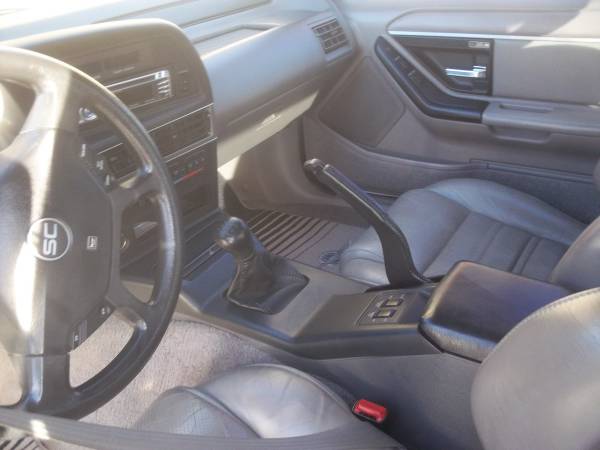 This white knight has the optional 5-speed gearbox and the interior is in okay shape — but the real star is the Oxford White paint job on the outside — and there is a reason it doesn’t look like a peeling sunburn.  All of the other Ford colors were base-coat, clear-coat — the clear fell off a few years after leaving the factory — but the white was a single stage and will last for decades with basic care. 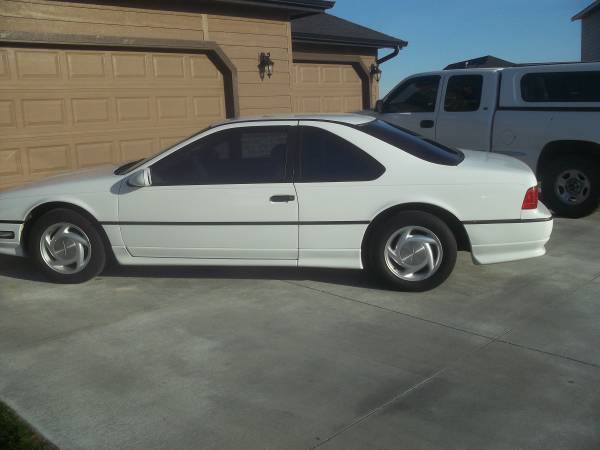 See another classic Ford that might be worth something more than scrap value someday? tips@dailyturismo.com

What Am I? A Time To Vent 2/3 Scale 1/3 Complete: Mini Tumbler Batmobile Project