Something for Everyone: 1974 Chevrolet Corvette

by Matt — A dog’s breakfast. That’s what the Australians call
a haphazard conglomeration of pieces and parts which work together to
create one cohesive mess. Want try drive yourself completely insane? Try
naming all of the parts adhered to this C3. Is that a coffin-nose AMC
Matador grill? Land Rover Series II turn signals? Surely not, but it
doesn’t really matter. This is an alternate interpretation of Johnny
Cash’s “One Piece at a Time” where the dude works at Pull-a-Part. Even
if you hate this car, chances are pretty good that you’ll like at least
one or two parts on it. Find this rolling parts bin on Craigslist in San Antonio, Texas for $6,000. 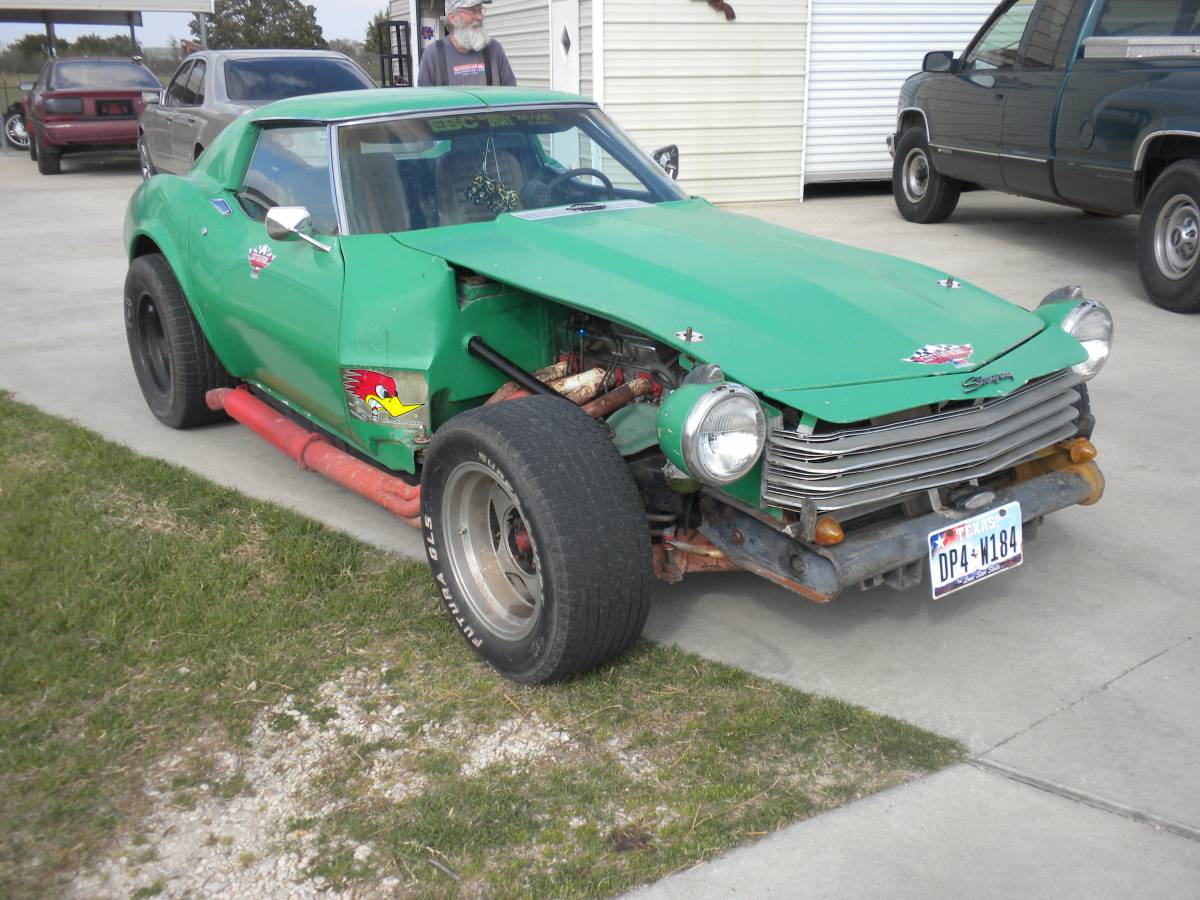 C3s
started losing love as soon as they came out in ’68. My father had a
’68 427 car that he swore made his F-250 seem “car-ish”. Then he had a
’77 that made his ’78 Bonneville feel fast. Enough about the old man,
ratty versions of these cars are ripe for the rat rodding so kudos to
this dude for breaking out the Sawzall. What’s there left to improve?
Maybe some 31” BFG All-Terrains and an extra inch of ground clearance? A
John Greenwood style paint scheme? 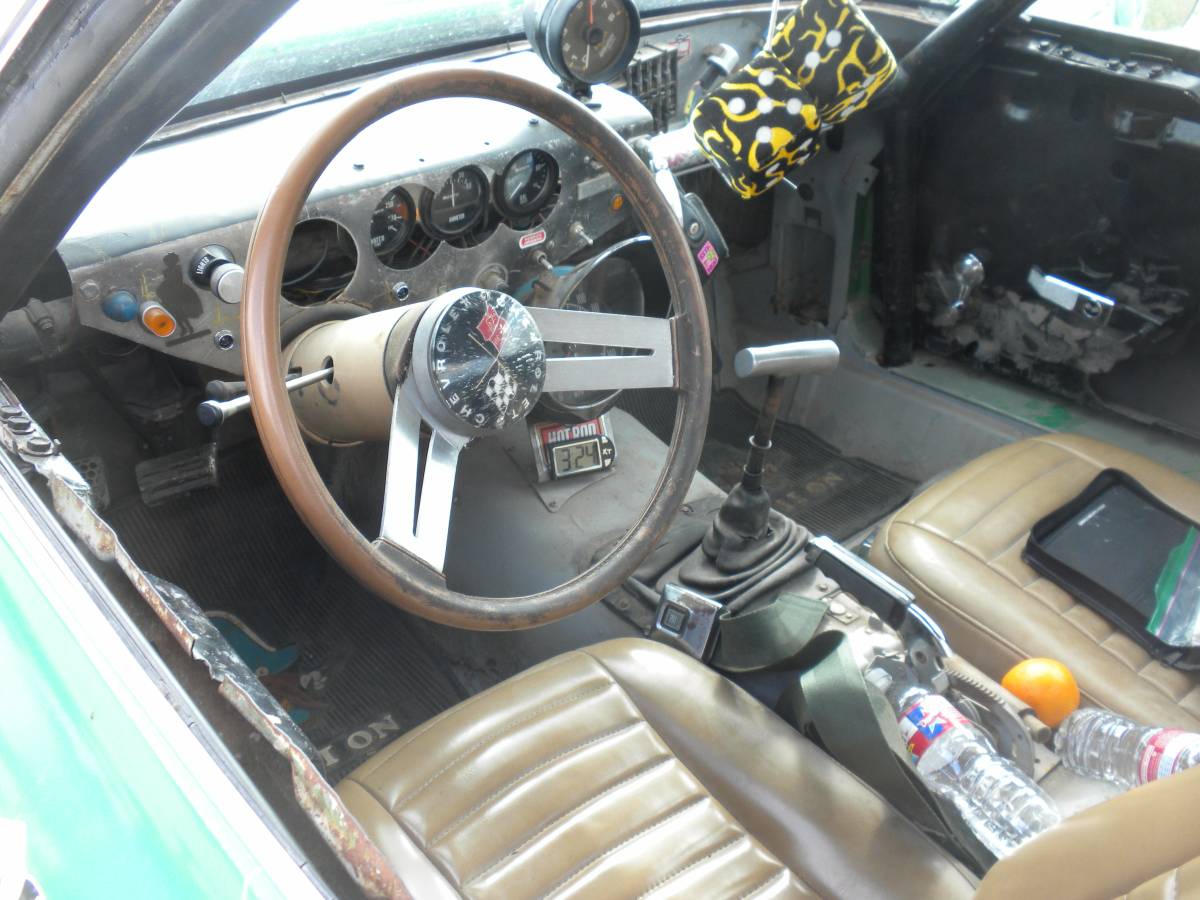 From
a powertrain perspective, the parts bin mentality was spot on. Although
a worked SBC will turn a T-5 into a box full o’ neutrals in no time
flat, the fact that you can select which gear you’d like to start your
burnout in is immensely appealing. Furthermore, anywhere a T-5 used to
be, a stronger 4-speed T-10 or Muncie can go without too much chopping
and beating. The lake pipes and outboard headers are an obviously fine
choice for this type of vehicle but your ear drums will be on borrowed
time. 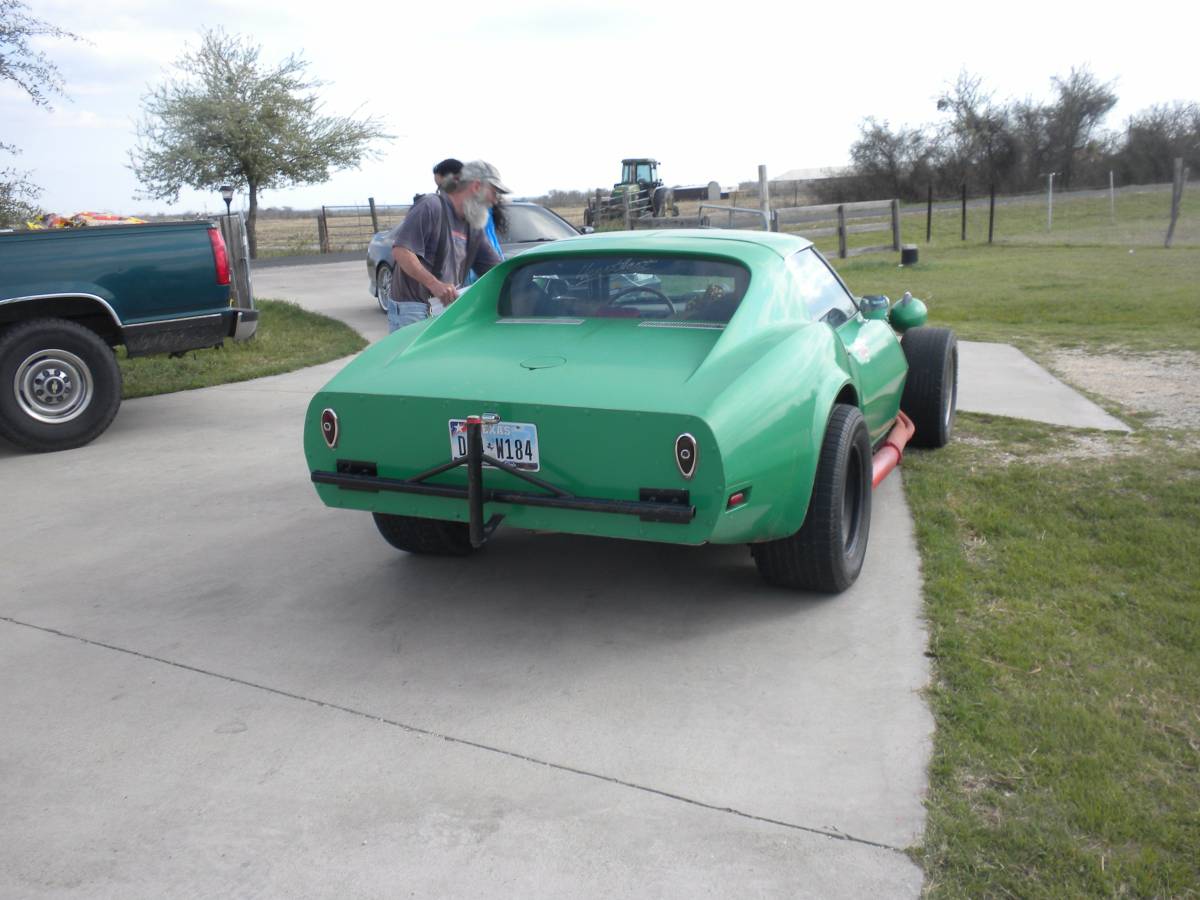 The,
however, interior is panic inducing. The sharp edges, the Yosemite Sam
mudflaps, the flame dice, the shredded door panels stuffed with foam.
The most tightly secured and permanent thing in the whole cockpit is
that navel orange next to the handbrake lever. Everything inside of the
cabin will make you want to be ejected in an accident. The best remedy
for this would involve a few cans of spray-in bedliner and a large
trashcan. 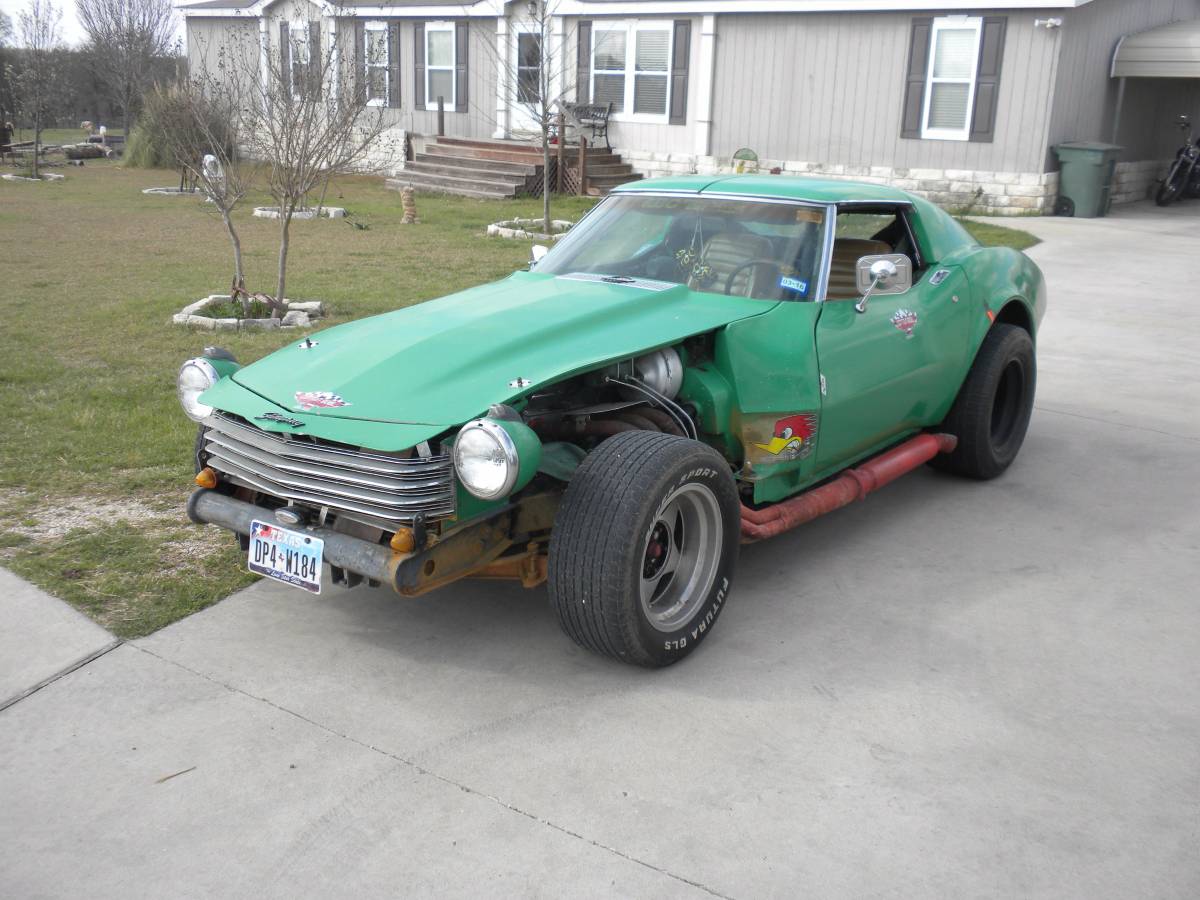 See a better use of a C3? tips@dailyturismo.com