The Mitsubishi Starion/Dodge Conquest/Plymouth Conquest/Chrysler
Conquest
was a line of rear-driven sports coupes built in the 80s by Mitsubishi
in Japan.  The Dodge/Plymouth/Chrysler versions were just a light
re-badge to trick “domestic only” buyers into picking up something from
the land of the rising sun. The guise worked and quite a few of the
Dodge/Chrysler versions were sold and the future of Chrysler/Mitsubishi
motors eventually gave birth to Diamond Star Motors (DSM).  Find this 1987 Mitsubishi Starion V8 Swap offered for $3,500 in Ft Myers, FL via craigslist. Tip from Rock On! 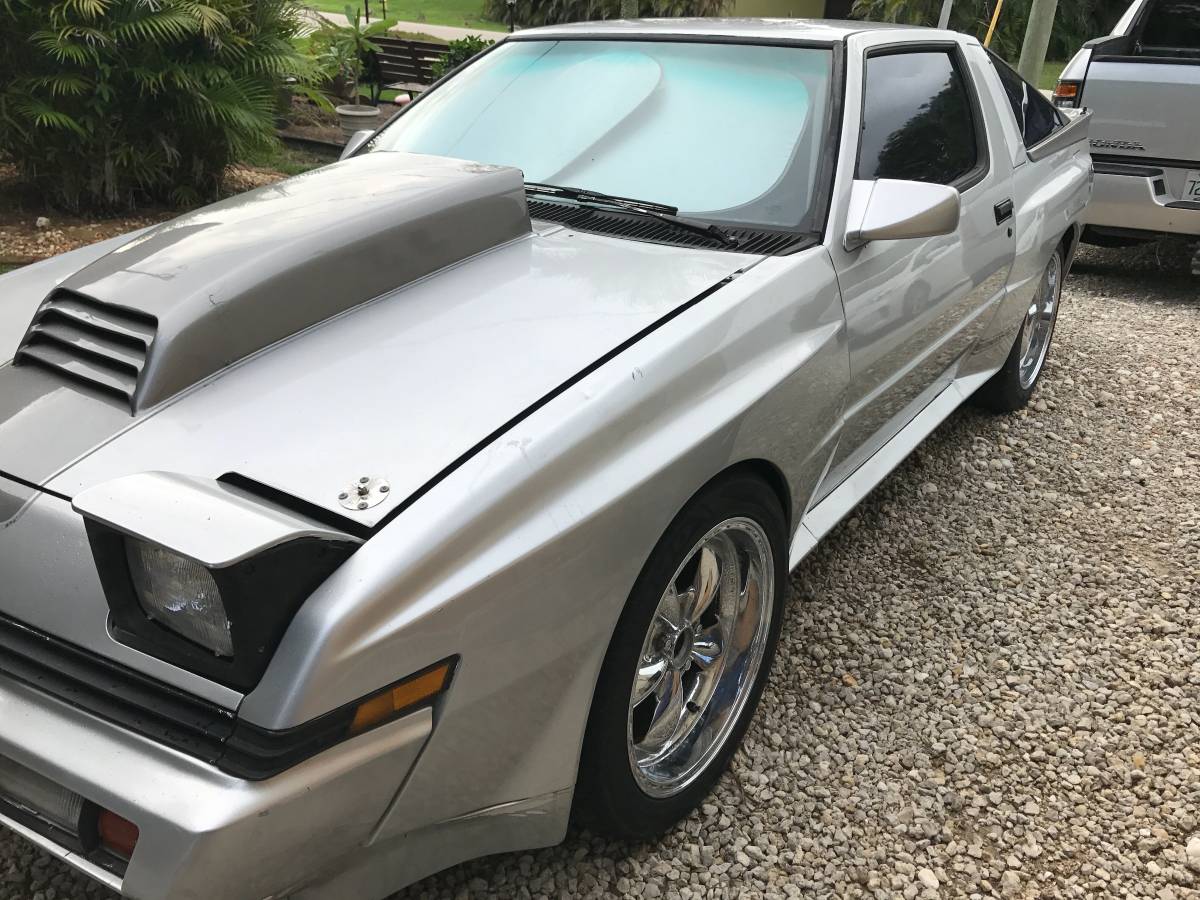 With a beak like that, you’d expect the horn to belt out a stirring rendition of The Way We Were, but it probably plays Dixie.  What are they hiding under that prominent proboscis? 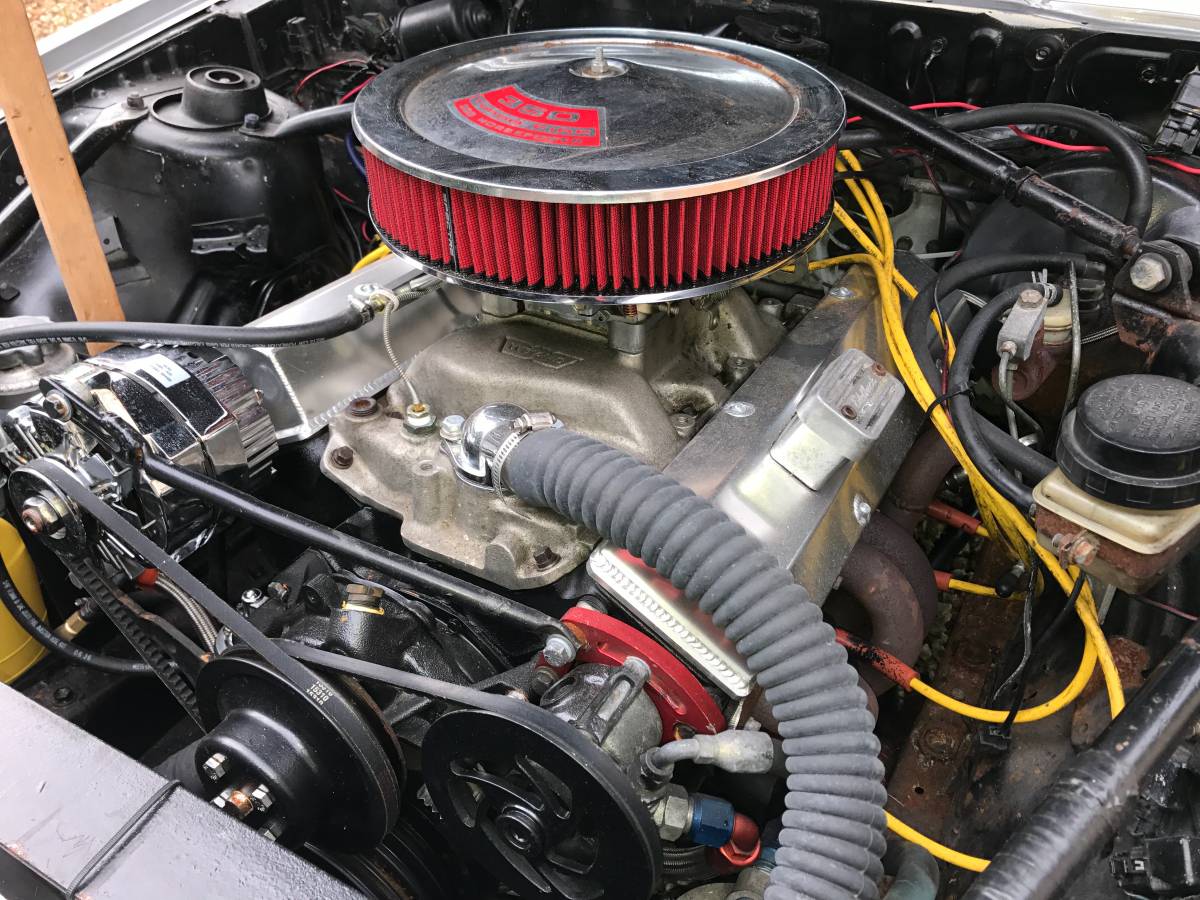 Gone is the Mitsubishi 4-banger that came from the factory and in its place is a 350 cubic inch small block Chevy V8 which is carburetor fed…BUT is mated to a Tremec 6-speed manual gearbox.  The seller claims that wasn’t just some backyard hack job and that the builder “had his own shop and dill all the work.”  This gives me great confidence because all the mechanics I’ve ever known have driven the nicest cars… 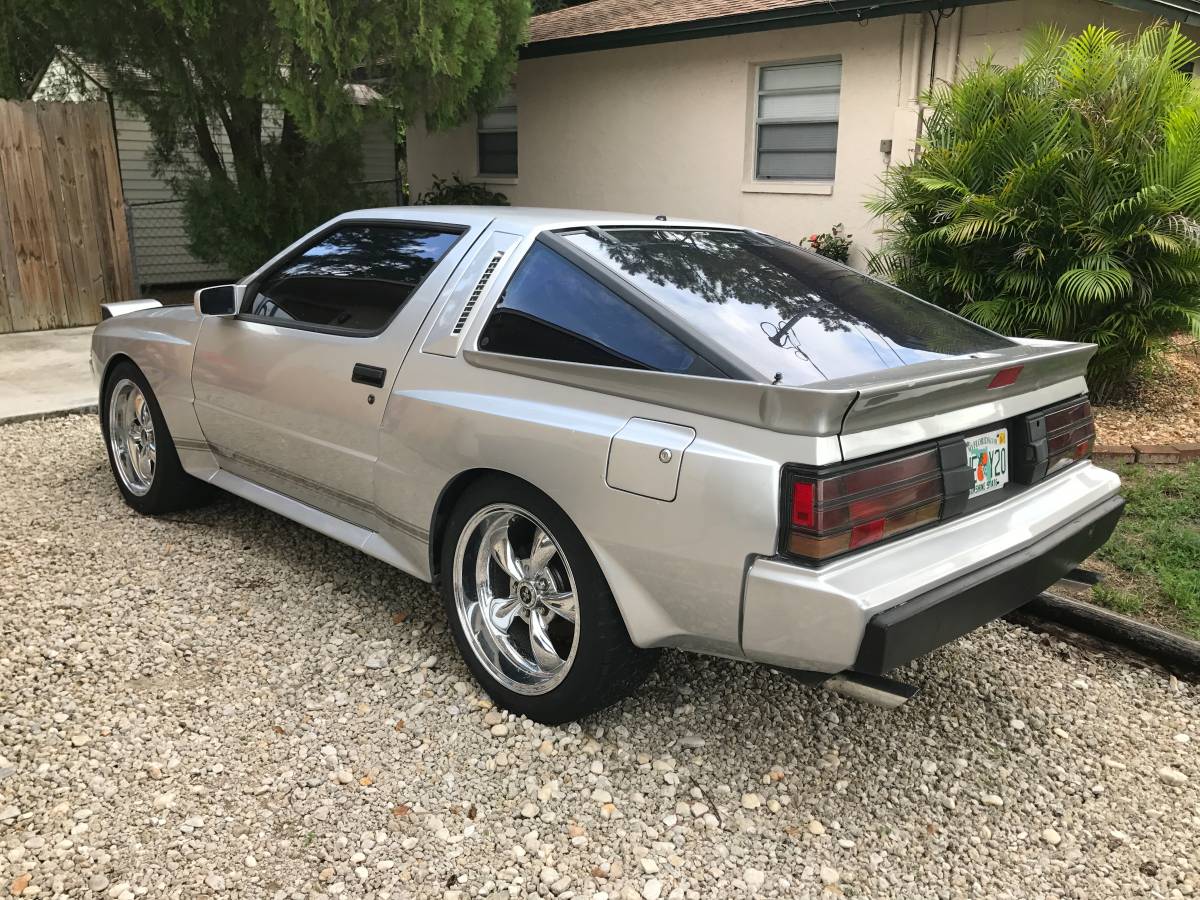