The Saab 95 wagon (1959-1978) is one of the best seat-to-door ratios you can get in a vintage car this side of an old school bus.  The 95 was always equipped with rear facing seats to allow a total of 7 human beings the chance to ride around, albeit slowly, in a Scandinavian front driver.  Today’s 95 is a smurf blue survivor — find this 1970 Saab 95 V4 wagon offered for $2,800 in Mountain View, CA via craigslist.  Tip from Kaibeezy. 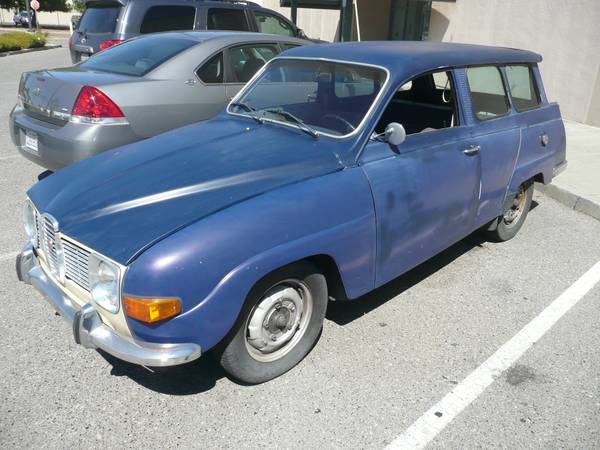 Kaibeezy sent this one in with the following all caps initialism (not an acronym):

IISLTIPWBATSMFBAOT…which apparently means: if i still lived there i probably wouldn’t be able to stop myself from being all over this.  I can’t argue with that. 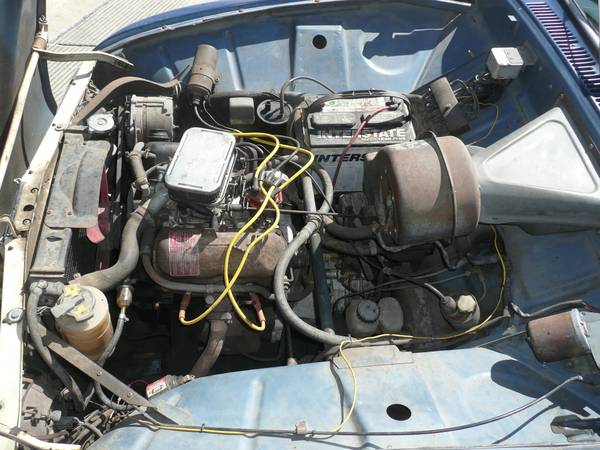 The SAAB 95 is powered by a V4 engine taken from the Ford Taunus and its
the same 1.4 liter 55 horsepower 95 ft-lbs of torque engine that powers
the (later 4-stroke) 96 and Sonett.
It puts that power to the front wheels via a 4 speed manual
transmission (with the funky freewheeling action from the 2-stroke engine version) and is the reason these cars are better known for Rallye
than for anything on the tarmac – the front wheels help pull the car
around in low grip environments. 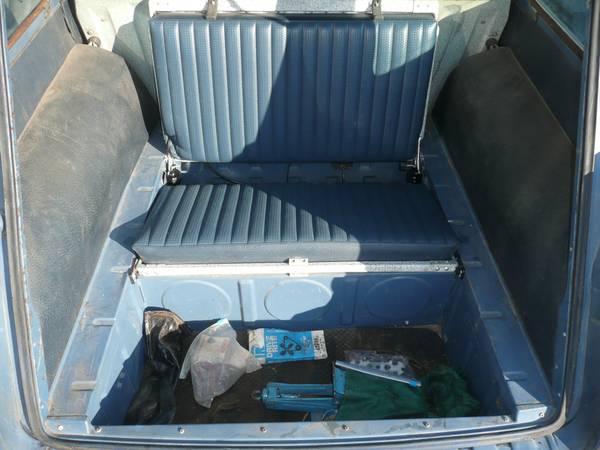 On the inside you’ll find 5 forward facing seats (2 up front, 3 more in the back) and a final 2 bonus seats facing out the rear.  These are the seats that if you put even the most introverted kid in the back, he/she will start waving at total strangers, who will wave back without fail. 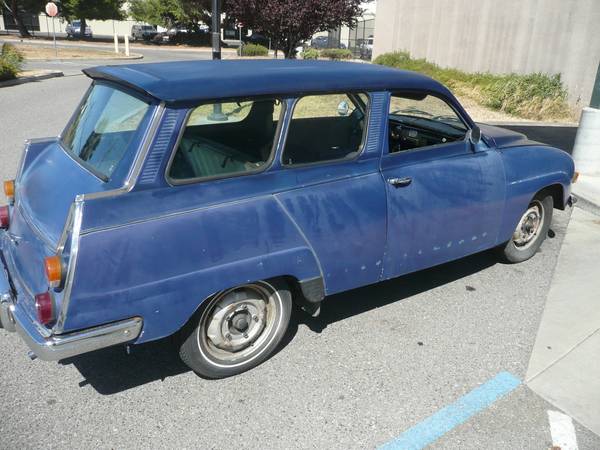