The Triumph Stag was a Giovanni Michelotti (known for his work on the BMW New Class, DAF/Volvo trucks, Triumph Spitfire, and various Ferrari/Maserati things) designed 4-seat convertible coupe that used a B-pillar roll hoop that connected to the windshield via a t-bar.  It isn’t a bad looking classic, and is powered by a small British built V8 that is NOT the Rover 215.  Find this 1973 Triumph Stag Mk II offered for $6,750 in Chiraq, IL via craigslist.  Tip from Zach. 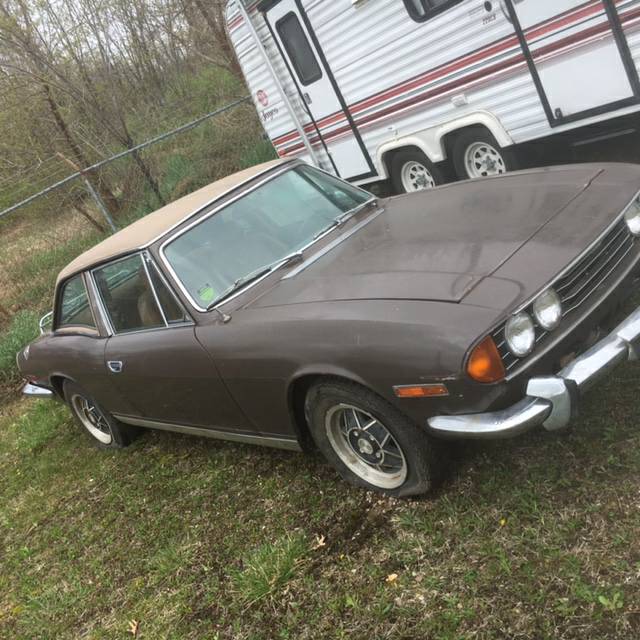 In the late 60s Triumph started tooling up for production of a luxury sports car that was originally planned to use the Triumph 2.5 inline-6 for propulsion.  Thankfully, hotter heads prevailed and the engineers at Triumph slapped together two inline-4s on a common crank to create the 3.0 liter Triumph V8.  Did they really tool up an entire engine for just the limited (25k total production)?  Sort of — the plan was to use the V8 for a range of Triumph saloons, and a few even made it into prototypes of the Saab 99 before Saab decided to go Turbo.  If you want a Triumph V8, you’ll need to buy a Stag. 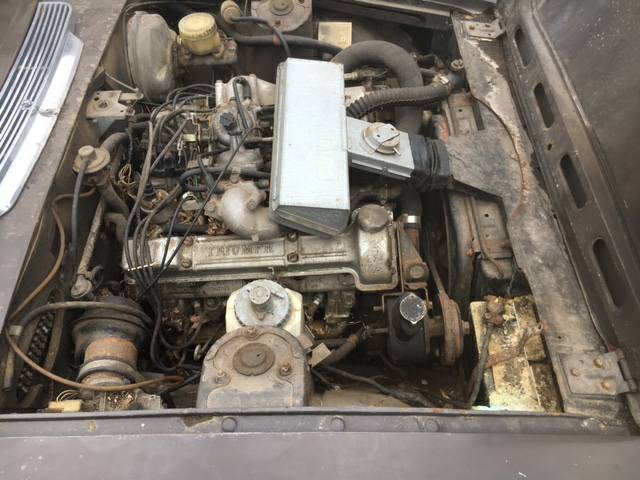 Sitting under the hood is a 3.0 liter iron block/allow head V8 that puts out breaths via twin Zenith-Stromberg carbs and pushes out 145 horsepower and 170 ft-lbs of torque. A buyer could opt for a 4-speed (with electric overdrive) transmission, but this one uses the more common Borg-Warner sourced 3-speed auto.  Unfortunately you’ll need to do some refreshing in this Stag because it hasn’t been on the road for 30 years. 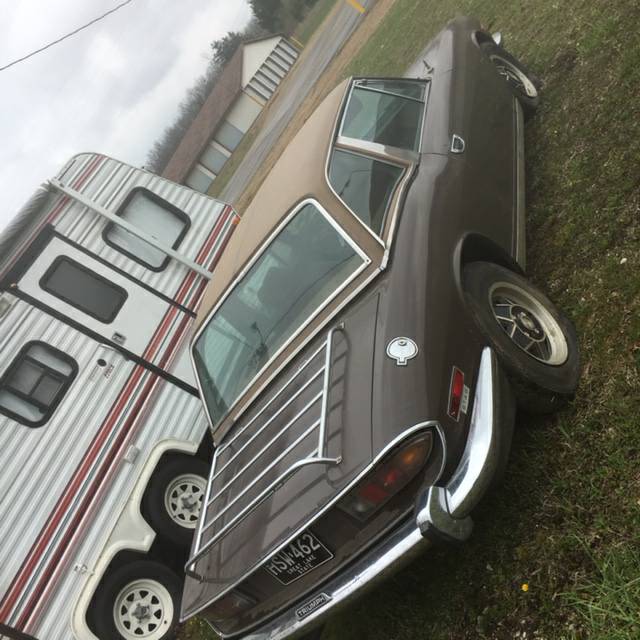