by Glenn — Affordable…reliable…stylish…Corvair! Okay, I admit I am a little biased since I own a ’66 Monza coupe, but just look at the value offered here for a mostly original condition 60’s era boulevard cruiser! Find this 1964 Chevrolet Corvair convertible somewhere along the Jersey Shore for $5500 via craigslist. 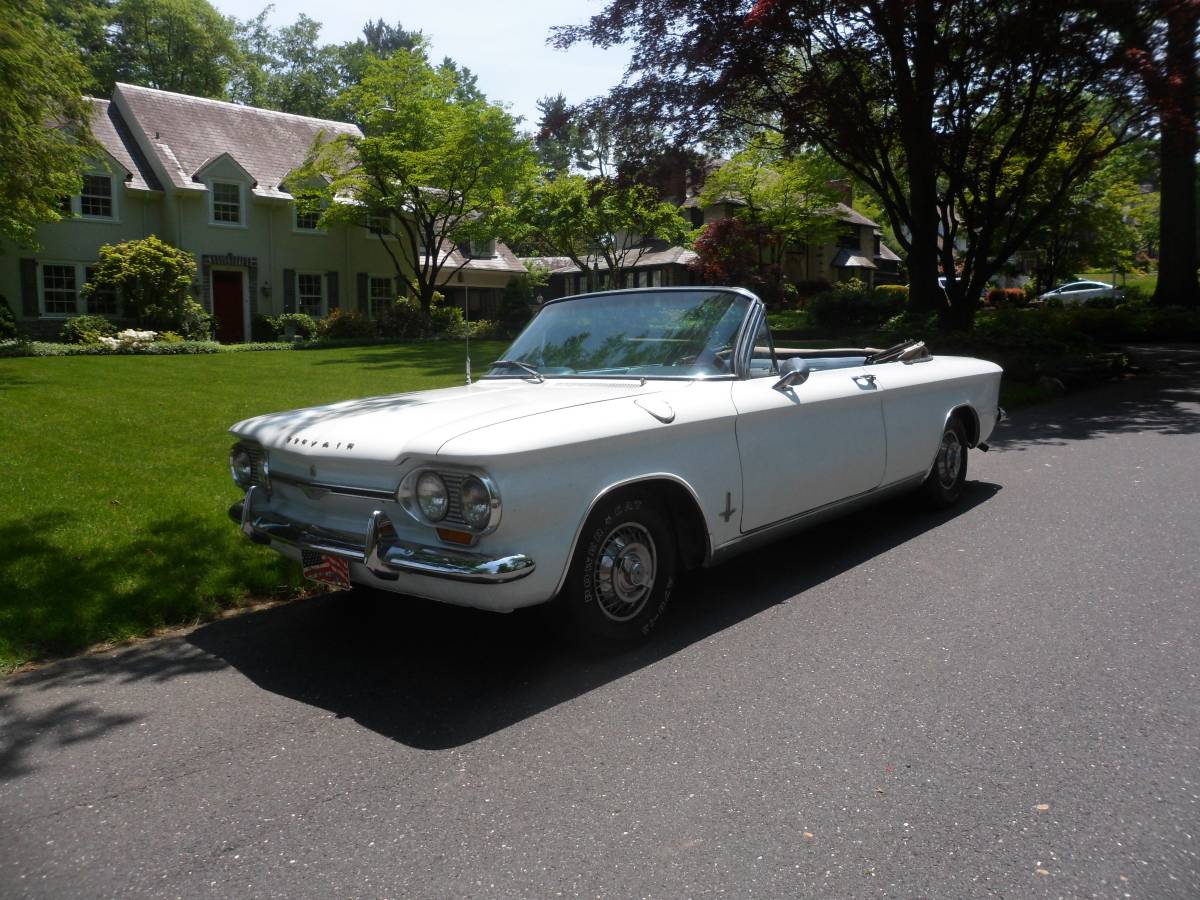 Its true…Ralph Nader thoroughly trashed the Corvair (and numerous other cars) in his book “Unsafe at any Speed”. Its also true that he praised the refinements accomplished by 1964 to improve safety concerns. It’s NOT true that he was responsible for killing the Corvair, that came about via evolution of consumer tastes and increased model competition within GM. 1964 was the last year of the early body style with the rear swing axle design. GM installed a modified swing axle in ’64 to distribute the weight better and improve handling before moving to a Corvette-style IRS in the totally redesigned 1965 model. This example incorporates all of the improvements over the previous 4 years and looks smart in Ermine White. 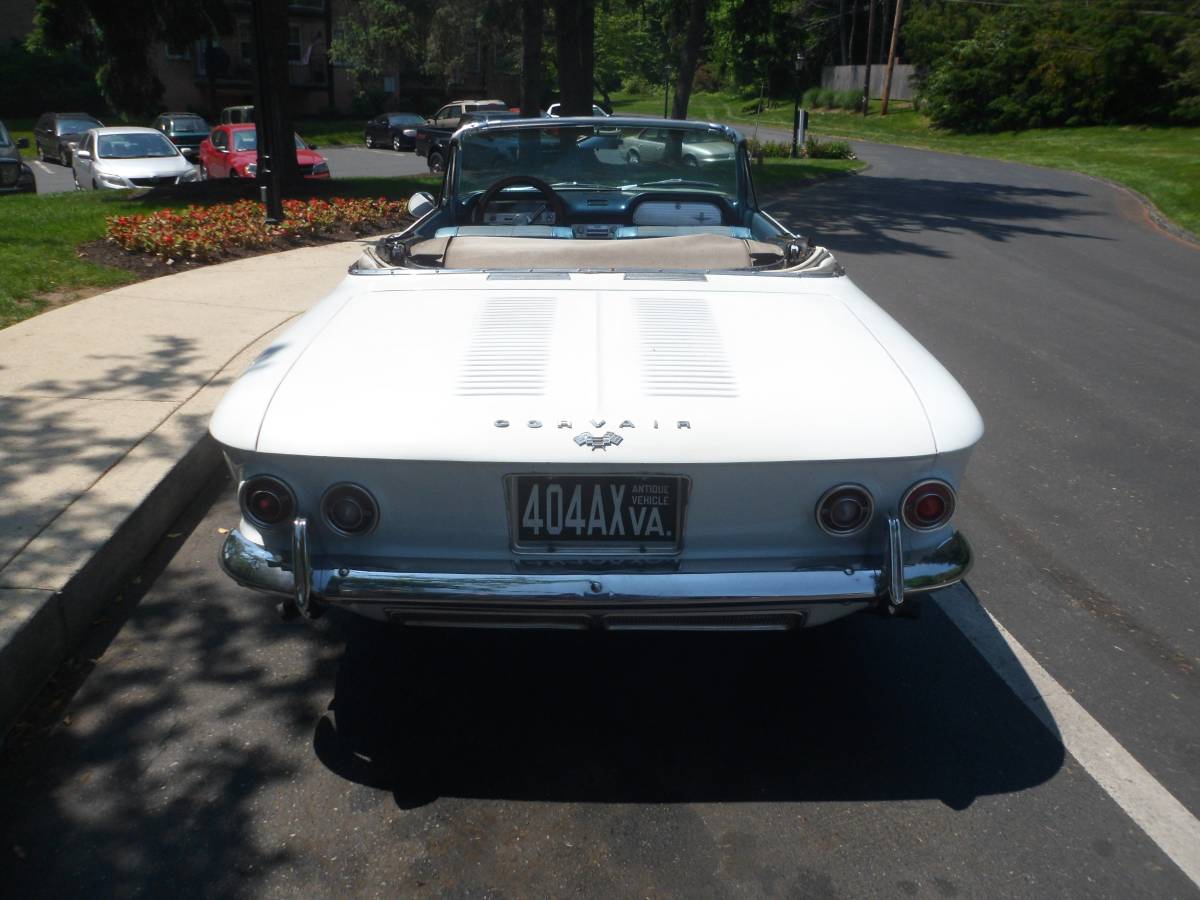 By 1964, Monza trimmed cars were contributing 80% of all Corvair sales with 20% of those being convertibles. Since first introduced in 1960, GM transformed Corvair marketing from a compact family car to a sporty offering. Although not disclosed in the ad, this example appears to be optioned in the Monza trim and most likely equipped with the 110 HP engine. The manual transmission is a nice bonus as is the complementary blue interior. Era specific simulated wire wheel covers are right at home but the tires would benefit with a change to something better suited to the car. The low mileage claim may be hard to prove without records, but overall condition looks good for a driver quality car. 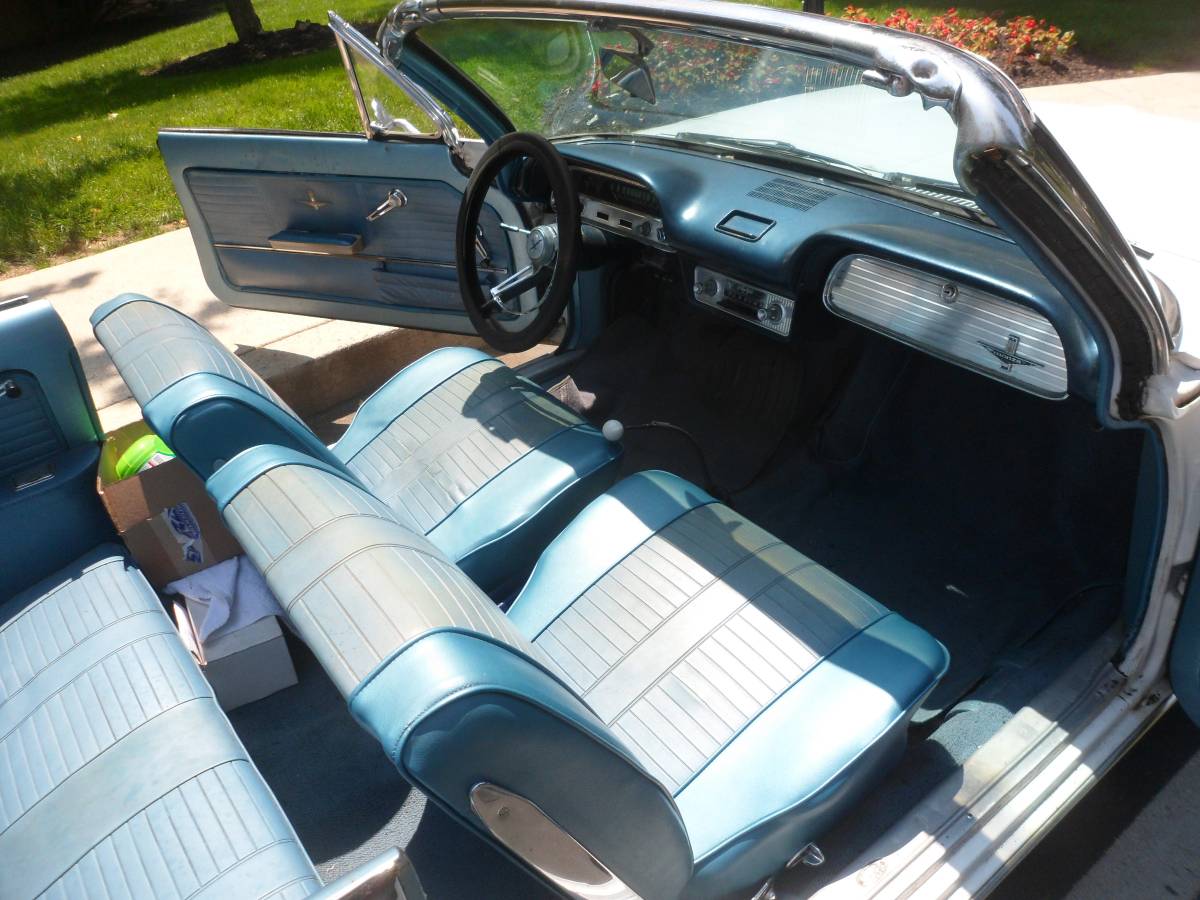 Corvairs are still proving good value for $$$ but are quietly climbing in price for clean examples. Wheeler Dealer aired an episode last week where they restored a ’63 convertible and sold it on for 18K large. There’s no need to go to that extent to enjoy these cars…this example would provide many more years of enjoyable motoring with simple routine maintenance. Drop the top, hop in, and enjoy the ride! 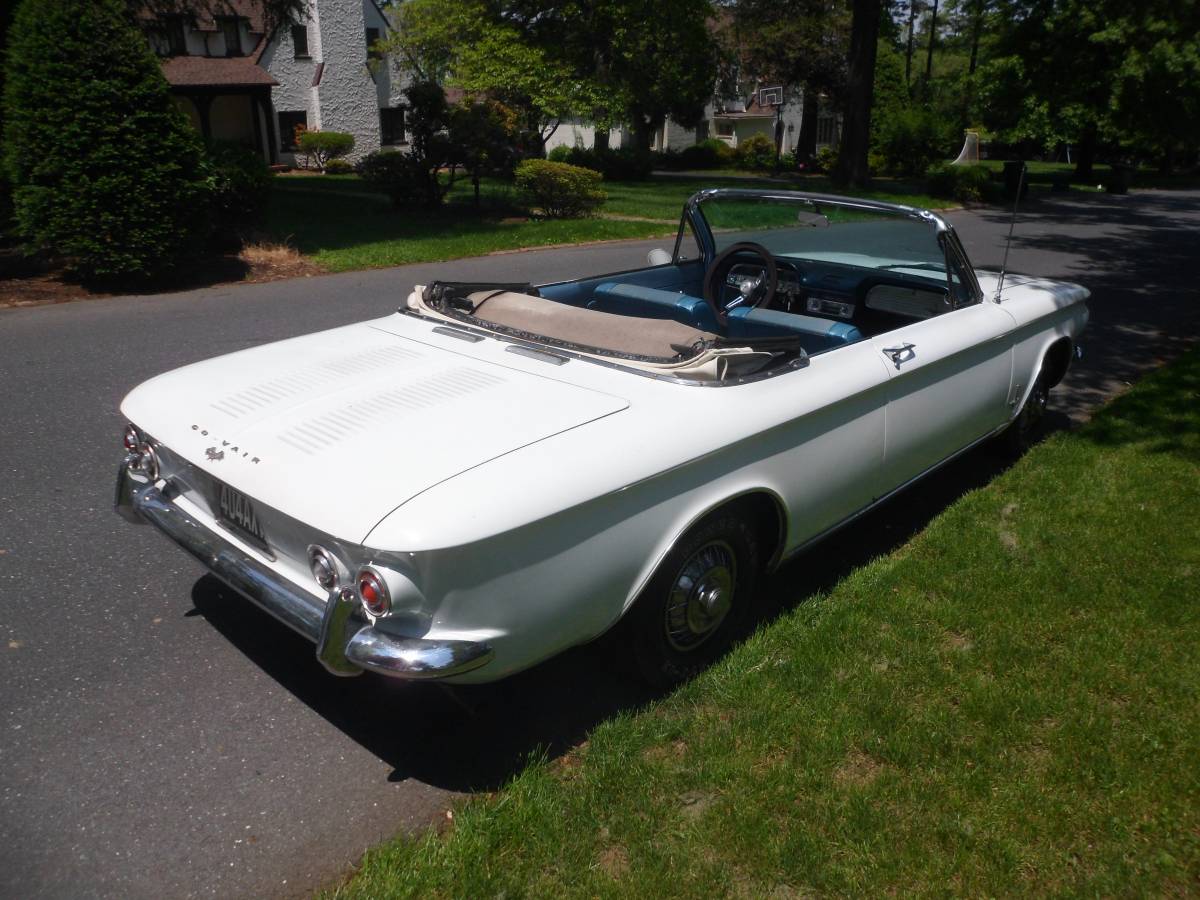