The Volvo 200 series was launched in 1974 as an updated version of the rugged 100 series and subsequently over 2.8 million of the boxy sedans were sold to folks around the globe before production ceased in 1993.  Today, a good used example won’t win many automotive competitions, but it will provide a great building block and alternative to something beige.  Find this 1979 Volvo 242 offered for $2,400 near Minneapolis, MN via craigslist.  Tip from Gunther. The Volvo 200 series was range of midsized boxy automobiles built in Sweden that
established Volvo’s reputation as a pioneer in vehicle safety.  Large crumple zones fore/aft, 3-point belts, and 4-wheel disc
brakes were standard safety features on Volvo’s family sedan when new.
Today, a used Volvo makes sense as an inexpensive daily driver, and
prices are cheap enough that you may as well get a good one. 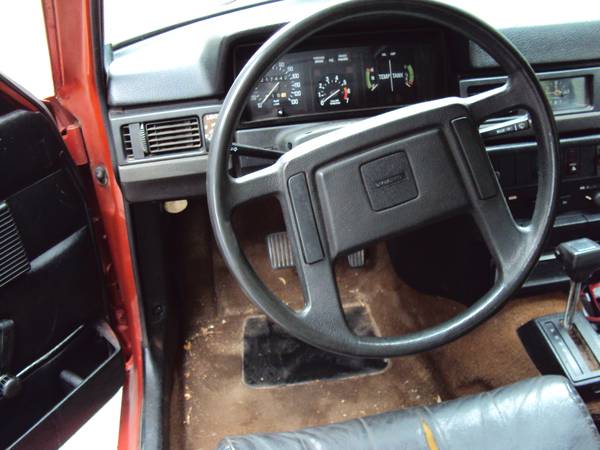 The Volvo 242 was equipped with a Volvo B21 inline-4 good for 100 horsepower, which won’t be fast but it will run for miles with basic maintenance.  This one is unfortunately shifted with an automatic transmission, but that is easy enough to swap to myriad later & better engines. 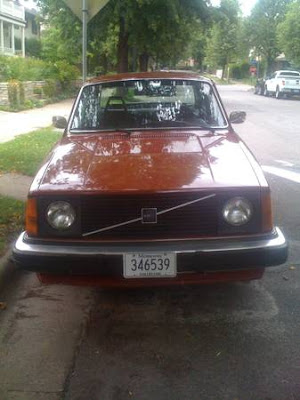 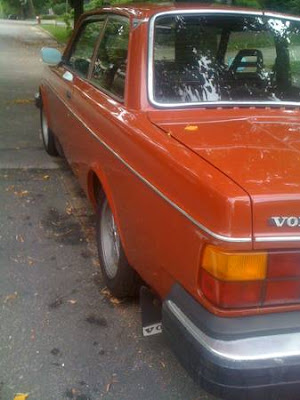 Trust editor CFlo when he says “ditch the K-Jet and install a later turbo EFI engine. It’s almost plug & play and updates the classic brick to the mid ’90s (mechanically), which is a huge improvement.”