Shift It Yourself: 1984 Jaguar XJS

The Jaguar XJS was a luxury grand tourer that survived with only a few changes over an impressive 20 year lifespan.  Production of the Malcolm Sayer and Doug Thorpe designed 2+2 started in 1976, had a minor makeover in 1982, and a more significant re-design in 1992 and the last cars left the factory in 1996.  Today’s example isn’t your average North American XJS.  Find this 1984 Jaguar XJS with 5-speed manual transmission offered for an undisclosed price in Waldwick, NJ via craigslist.  Tip from Cory. 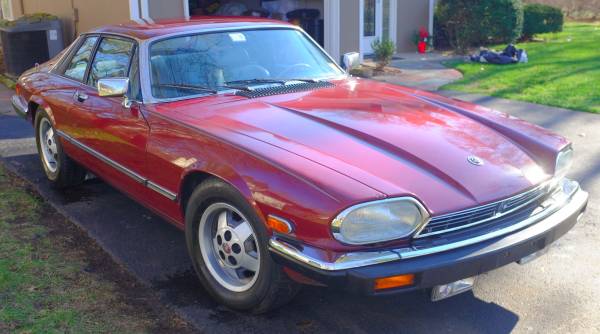 This is no swapped Jag or a grey market import — according to the seller: I’m assisting my father with the sale of his very unusual 1984 Jaguar
XJS, factory-built with Jaguar’s 6 cylinder AJ6 engine and a Getrag
5-speed manual transmission. Jaguar shipped only about 24 demo cars of
this version to the US, of which this is one. They were used exclusively
by Jaguar staff and never sold in the US except by auction to Jaguar
employees. 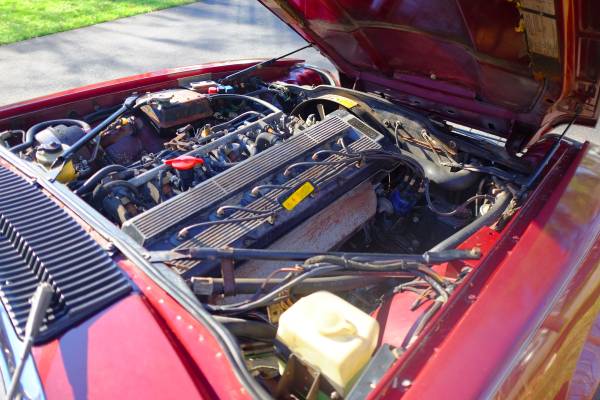 Under the “distinctive, muscular bonnet bulge” is a 3.6 liter Jaguar AJ6 DOHC inline-6 that puts out 221 horsepower and 240 ft-lbs of torque.  This are expensive engines when something goes wrong, but are generally not considered a weak point in the XJS. 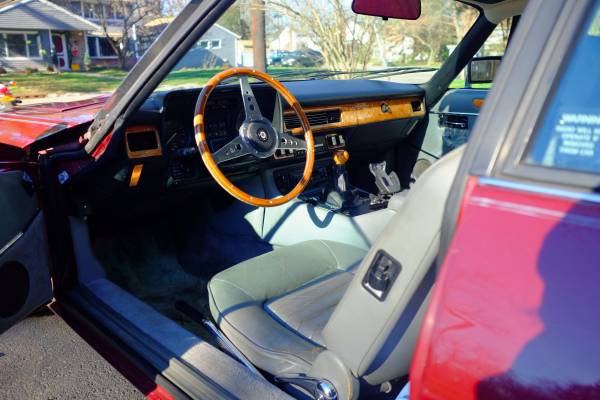 A quick look inside confirms the presence of a manual gear shifter that is attached to a  Getrag 5-speed box.  The combination of manual transmission and healthy inline-6 should make for a fantastic alternative to even the best V12-slushbox XJS.  This one needs some mechanical investigation (turns over but doesn’t start) and some rust repair before you are cruising around, but would be a great find at the right price. 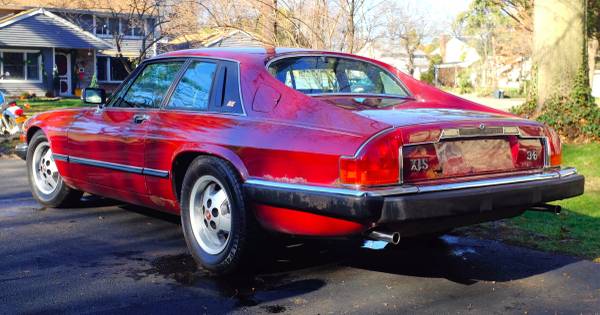