A refrigerator white, automatic, non-turbo Mk IV Supra on the front page of Daily Turismo — sacrilege!! Needs a 2-stroke swap stat!!  Listen folks, drop the pitch forks and hear me out on this one…after all, it is All Toyota, All Day. Remember how for years the Porsche 912 was this derelict model only driven by the creepy old guy down the street who you swore was a child molester?  Anybody who was somebody drove a proper flat-6 powered 911, so prices for the 912 languished for years, but one day (in 2010 to be precise) it became cool to drive slow and the 912 became as ludicrously priced as it is slow.  Bring that same perspective into the Mk IV Supra world and you’ll see that prices for the 6-speed Turbo models haven’t cooled in the slightest since the Fast and Furious bump, but you might be able score a deal on a non-turbo slushbox.  Like this 1993 Toyota Supra Mk IV bidding here on eBay 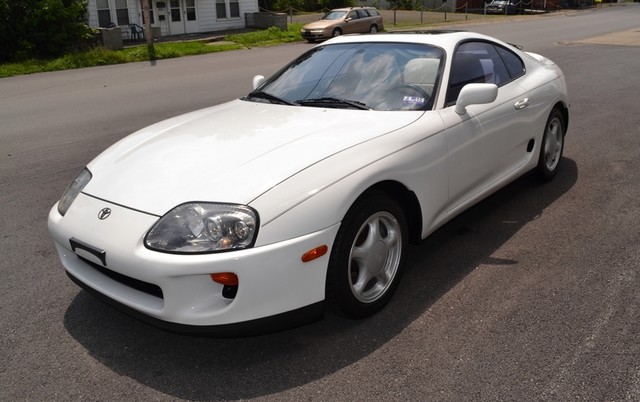 To be honest, I’ve always had a soft spot (in my head since I was born, but I think it got better…story for another time) for the Mk IV Supra, particularly in 6-speed twin-turbo guise. Naturally, I’ve been on the lookout for stock, cheap MkIV TT Supras…but they just don’t exist — stock slushbox non-turbo versions, on the other hand, do exist. The only question is, would you want to own one? 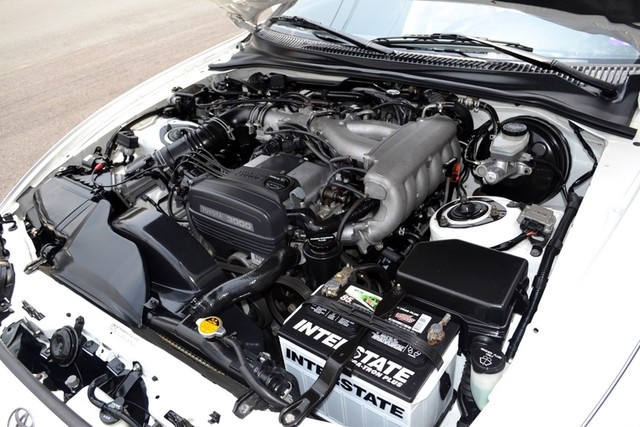 What you are looking at is a Toyota 2JZ-GE 3.0 liter inline-6 that puts out 220 horsepower and 210 ft-lbs of torque.  Power heads to the rear wheels via a A340E 4-speed automatic transmission and while it won’t be the most exciting thing on four wheels (that honor goes to the quad Harley powered Jeep) it will provide perfectly adequate transportation while looking fast and sporty. 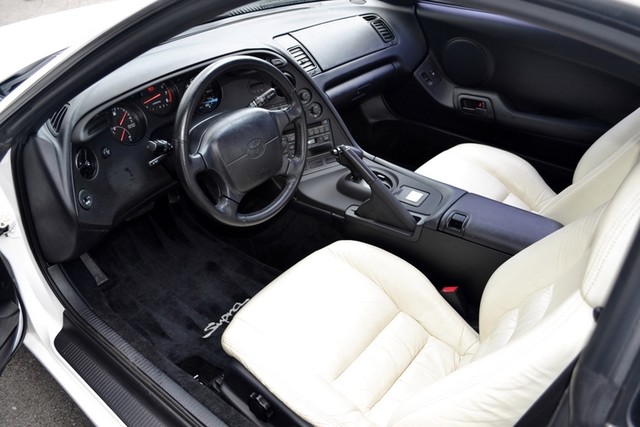 Plush white leather seats were part of the mid-range “Liberace” trim and the lack of targa top is a big plus in my book.  Back to that question of owning one — the real competitor to this thing is something like a new Scion FR-S with an autobox, and I’d take the Supra over it 10 times outta 10. 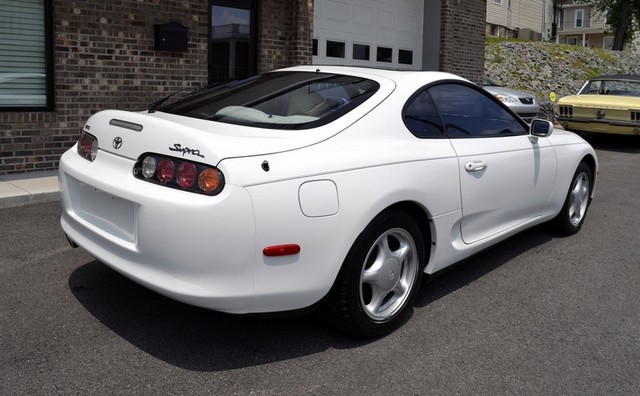 See another minty clean late model that can be driven every day? tips@dailyturismo.com