Today’s cherry pick comes from the lush green hills of Bristol TN, or it could be Bristol VA., depending on which side of State Street this thing is parked on. No matter, if you are looking for an example of basic 60’s American automotive conservatism, this one would be hard to ignore. This very presentable, drivers quality 1964 Dodge Dart GT offered for $7,500 via craigslist still wears the same fabrics and color that it left the factory with. Sensible shoes indeed. 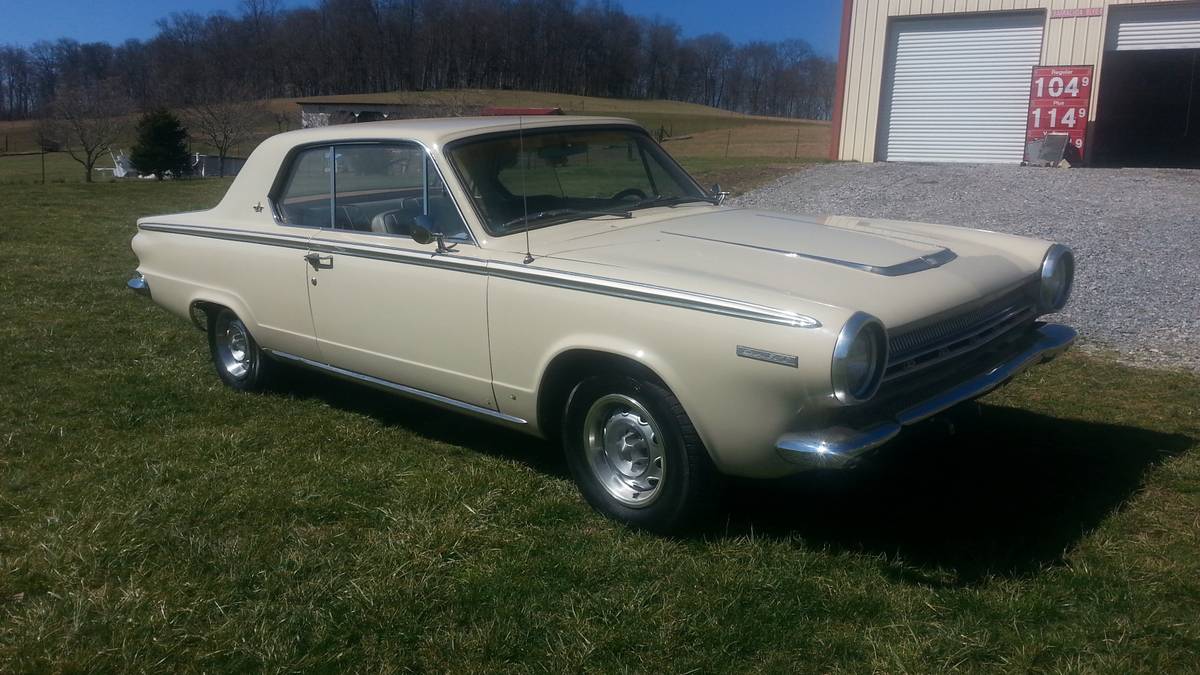 Dodge milked the Dart name plate ran from 1960 to 1976, with this clean example representing the third generation of the design. The single headlamp setup presents a clean and uncluttered, if owl eyed look. Kind of like Grand Pa’s eyes peering out from under those thick glasses as he heads down to the Elks Lodge for a quick snort. 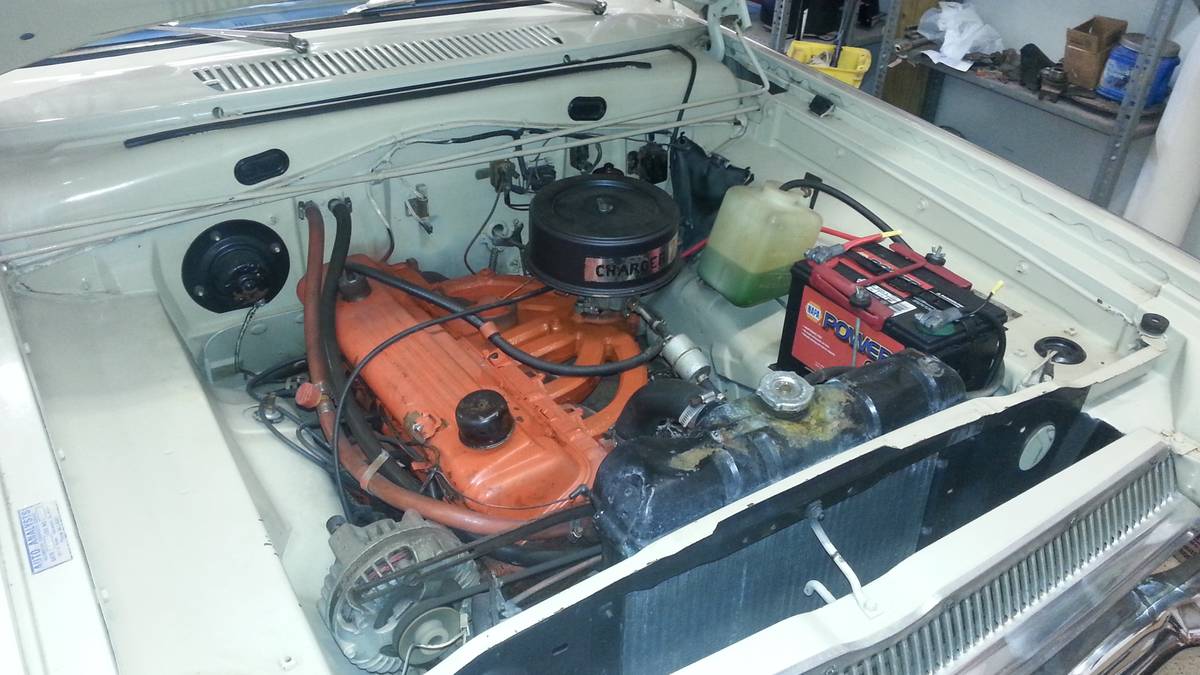 Check out that totally uncluttered, near pristine engine bay, where the legendary 225 slant six resides. That looks to be the original radiator, lending credence to the 95k actual mileage claim. I’d be tempted to serve breakfast on that inner fender well, except that I’d be afraid to get it dirty. 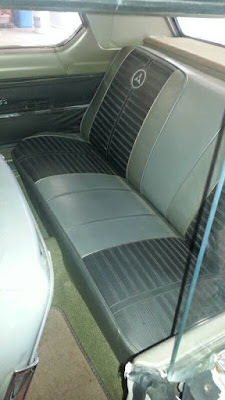 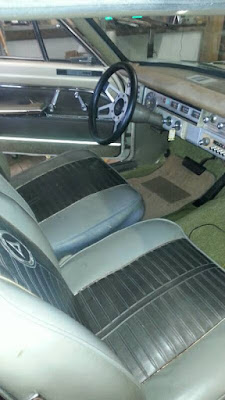 This brings us to the interior, complete with bucket seats, presumably part of the GT option package.  The dash is another exercise in design simplicity, with speedometer and full complement of gages. Notice the lack of transmission selector behind the non-original steering wheel? In an attempt to be different, gear selection was provided via a series of vertical buttons on the left side of the dash. Throw in the factory am radio, what else did you need in 1964? A quick internet search should render up an original steering wheel, it looks like that’s about all this car needs to put it back in proper order. 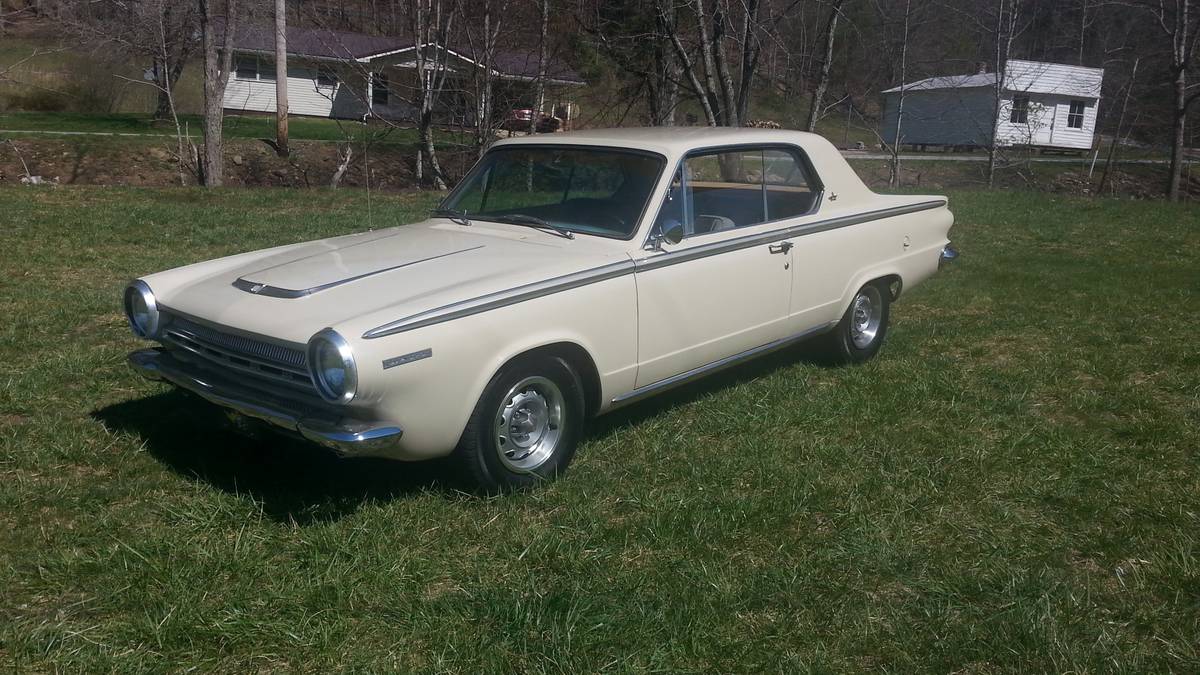 Pull onto the lawn in the drivers class area at the local AACA chapter car show and you’ll get knowing head nods of approval. Set your lawn chair out by the front bumper and get ready for the comments of older guys as they walk past. “Hey, my Grand Pa had one of those.” See a cleaner, non-tattered drivers class bargain that gets you into local car shows with genuine old school cred for under 8 Grand?  tips@dailyturismo.com

The Professor is an old car and motorcycle loose nut who is currently working on the largest international science project in the world, a full scale fusion energy reactor being built in the South of France.