The first generation S30 Datsun 240Z is one of those cars that up until recently didn’t get much attention from collectors, and could be found cheaply and used as fun transportation by enthusiasts. That is changing, and the S30 has become a Japanese classic. Sporty looks, nice suspension, and high build quality make it a great choice for a vintage motor. This one’s being sold by a friend of DT and looks really clean for the price. Find this 1971 Datsun 240Z for sale in La Mesa, CA for $7,200 via craigslist. Tip from Waltz / Seller submission from Mark. 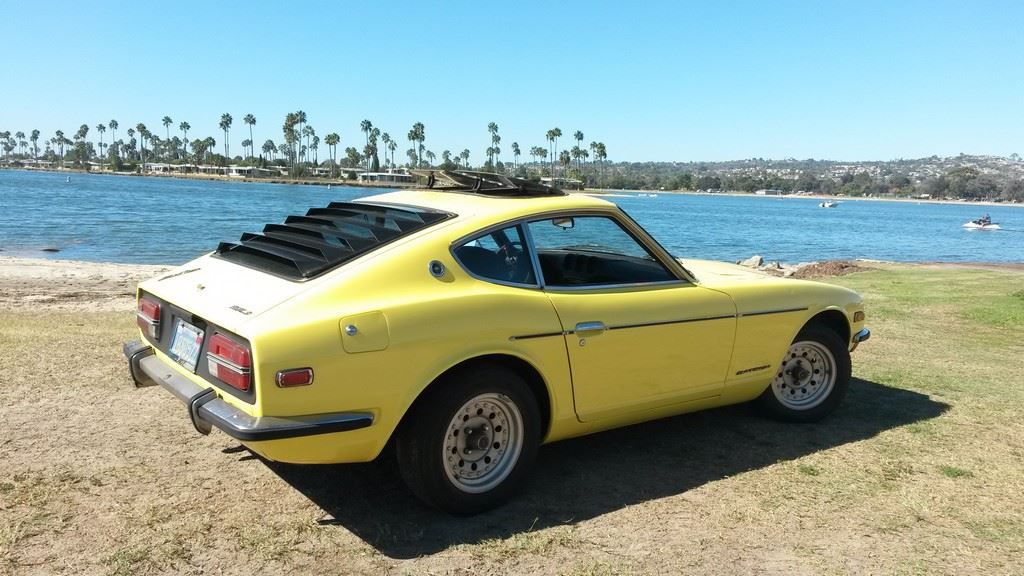 This is one of those early ’70s cars that looks good in a loud color, like the BMW 2002 or Datsun 510. In contrast to those square sedans the fastback, long hood GT styling of the 240Z is enhanced (in my opinion) by the window louvers and the blacked-out tail panel on Mark’s car. Thank Mr. K that he resisted the urge to paint black bumble bee stripes on this one! 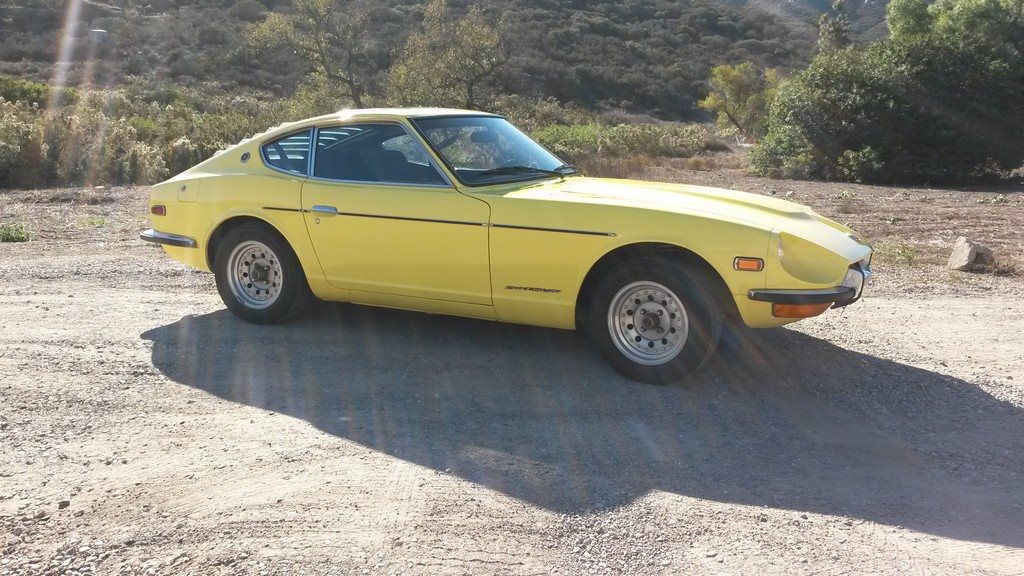 DT has featured quite a few 1st-gen 240Zs over the past three.4 years, and most decent drivers seem to be creeping up to / over the $10k price point. So to find a good clean functional car today for $7,200 seems like a great deal. Blue California plates are a good sign – the 7 digit sequence starting with “1” likely means this car either came to CA in the early ’80s, or received a new plate at that time for some reason if it was already here. 1969 – 1979 blue plates had six digits composed of three numbers followed by three letters, as today’s piece of random automotive trivia. 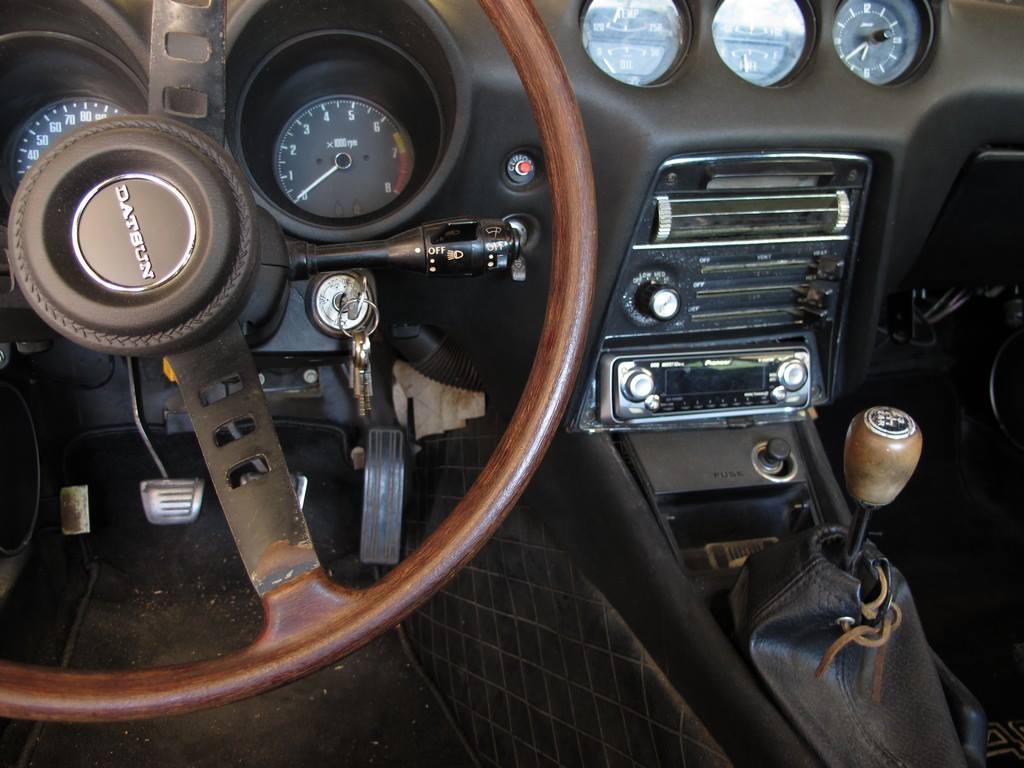 The dash looks nice and honest from what we can see, with a modern stereo upgrade and wooden shift knob. The shift boot might need lacing up, but otherwise – get in, put the windows down, and cruise. The twin sunroof panels will help with flow-through ventilation. These cars are small by today’s standards, but sometimes a snug fit makes for a more pleasurable experience for all parties involved… 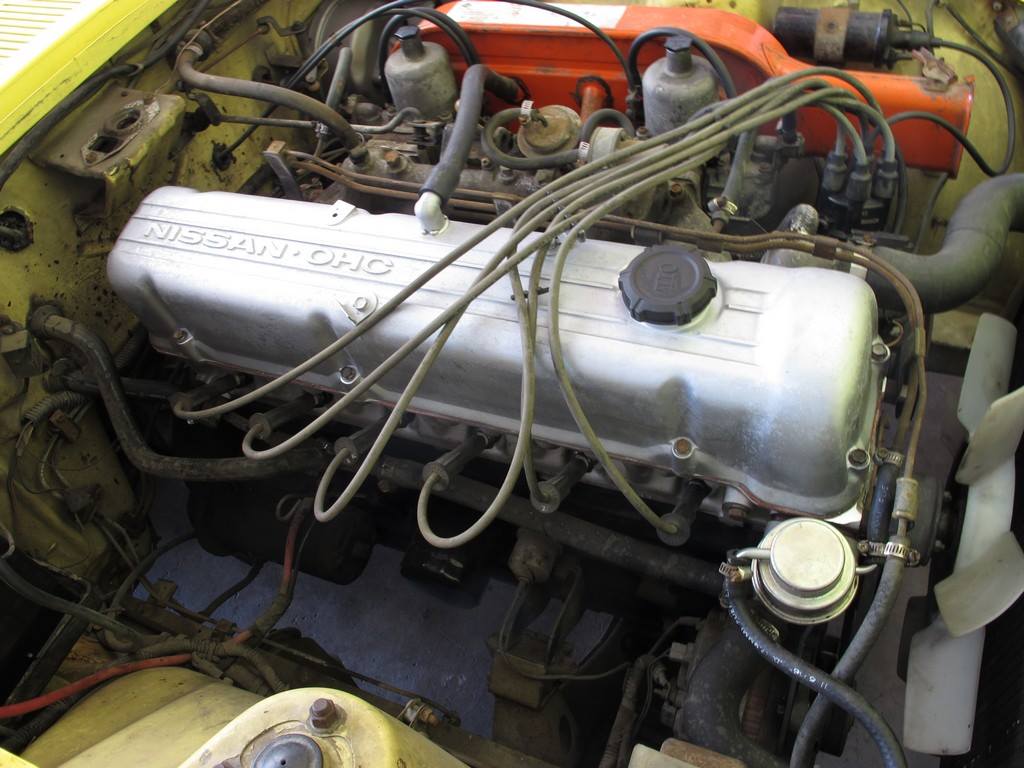 The L24 inline six looks fresh, and that’s because Mark recently had over $4k of work done at The Dyno Shop in Santee, including a top end rebuild. Brakes, paint, and cooling system have all been redone this century – as a buyer this is great news – it’s always better to let the previous owner spend the money! With 20 years of careful ownership and records dating back to 1986, Mark’s 240Z has me wishing I had some spare cash laying around and room to store another car. 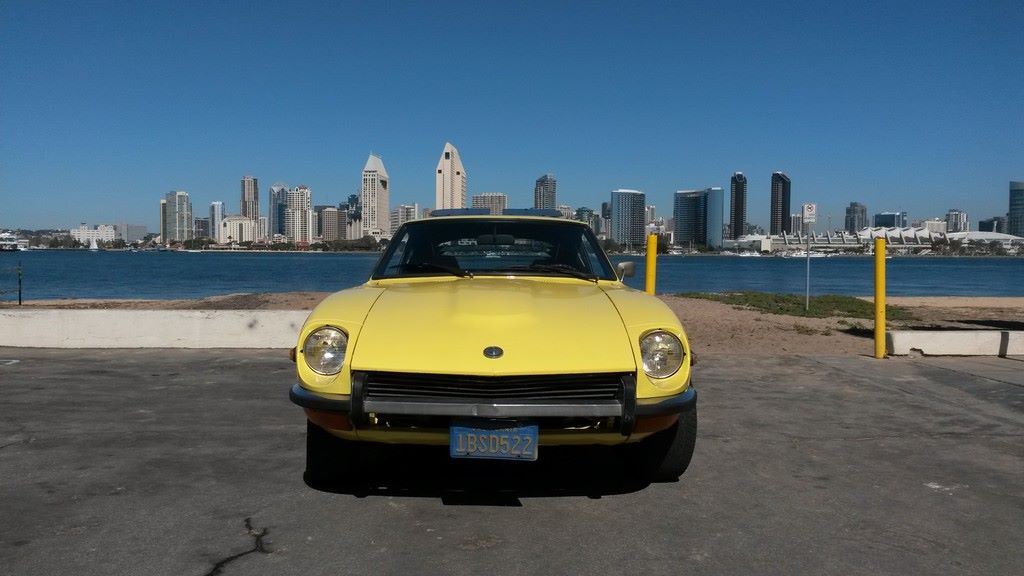 I can vouch for Mark’s character as a true car guy – he facilitated my first trip to a real live Formula 1 race, and has an encyclopedic knowledge of the sport. The photo tour of San Diego in his ad is indicative of the effort put into the car over the years – and I’m sure he’s going to miss it.