This next seller submission is from Tim C.who writes:  I’ve decided to sell the beast. Its just a rusty but trusty old suburban
and it’ll probably go to some yokel for $1000 but I’d love to see it go
to a good home. We only had it for a few years but it was the car I
hauled my newborn triplets around in so it has some serious sentimental
value. I’d love to fix it back up but I’ve go no time or money so I
thought I’d see if any one here might like it. Would be a great race car
hauler, as long as gas stays cheap, it pulled a drag car before I
bought it.  Find the beast, a 1986 GMC 2500 Suburban offered for $1400 in Corning, NY via craigslist. 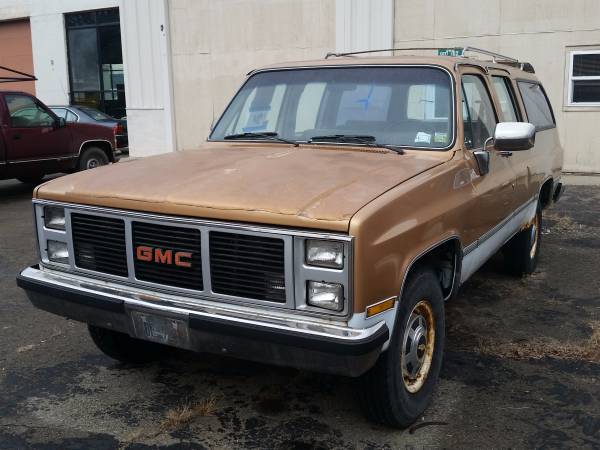 Tim continues: Oh and the Odo says 35k, but I have no
idea how many times its rolled over. maybe it really is 35, but its a
low compression big block with a th400 and a full 14bolt, it could have
435k and it wouldn’t change my opinion of the truck.


And
the underside isn’t nearly as bad as you might expect, it was in PA
until I bought it and they sand the roads instead of salt. I have some
pics from when we first got it and it looked pretty good other than the
peeling paint on the hood from a crappy respray. 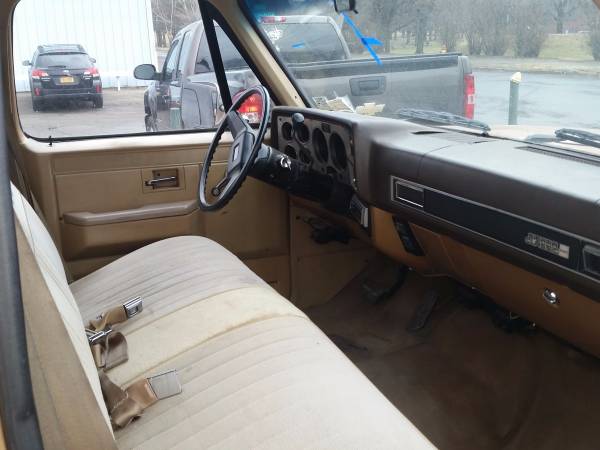 The seventh generation GMC/Chevrolet Suburban was a four door monster built on a chassis shared with the third generation of GM’s C/R & K/V trucks.  These are serious machines and the beast looks like a good running (but ugly) example offered for a fair price. 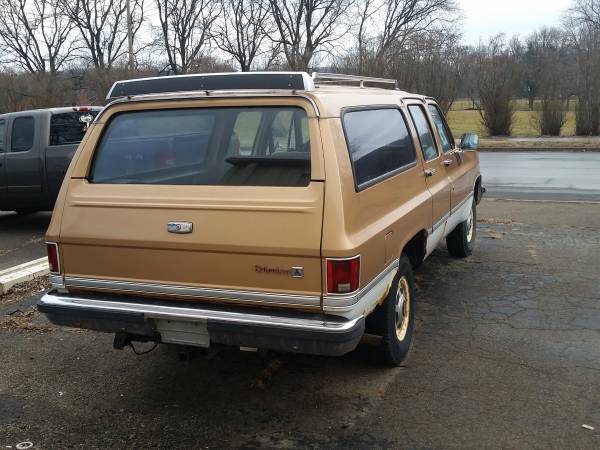