The E30 generation BMW 3-series is currently in a holding pattern between depreciated junk nobody wants and appreciating classic.  This is good and bad news for E30 lovers, because it means you can pick up your choice of car for cheap, but many are being sent to the crusher and neglected under blue tarps.  It is great to see one in running/driving condition, ready for your commute and they make the perfect starter car for your teenager, nephew, or mail-order bride.  Find this 1991 BMW 318is with parts car offered for $2,500 in McDonald, PA.  Seller submission from Tom. 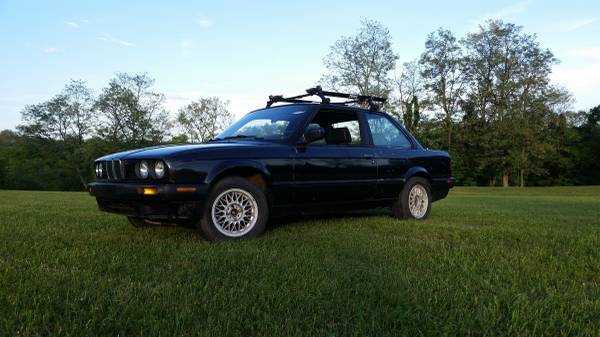 BMW built almost 2.5 million E30s from 1982-1994 in coupe, sedan, estate & convertible trim, so finding spare parts, an extra transmission, wheels, or a newish windshield should be easy.  This car comes with a free spare parts car, so you can start your collection the right way…which is with at least one running example. 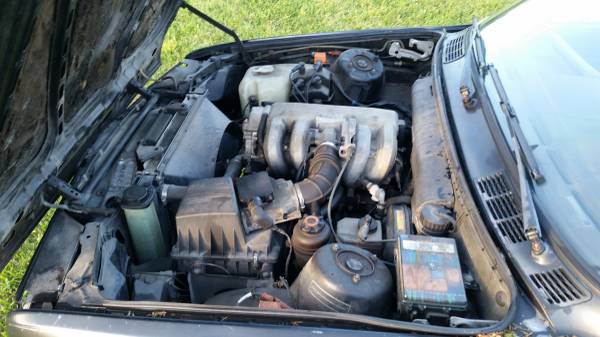 The M42B18 found in the 325is 318is was actually not a bad little 4-banger, it was later used as a base motor in the E36 and Z3, so parts and (more importantly) online knowledge base is huge.  Expect 140 horsepower and 129 ft-lbs of torque to move the 2500 lb coupe around surprisingly well.  The seller admits this car has a few issues including a mysterious coolant leak (come-on, its a 90s BMW, if it didn’t leak coolant you’d probably assume someone is adding some every day to punk you), no AC and no power steering.  Now that I think about it, this thing is only a good t-bone away from being 24 Hrs of LeMons candidate…and I say that as a good thing!! 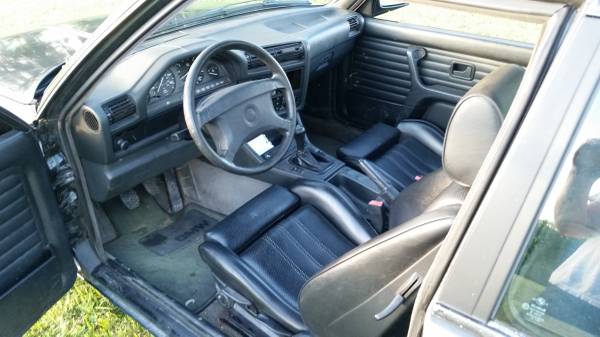 This E30 comes from the later plastic-bumper post-1989 facelift era, which offers better looking (or at least more modern) styling.  The leather sports seats look in good condition, but the carpet and dash in the previously mentioned parts car are much better and can be installed by a home mechanic in a few hours. 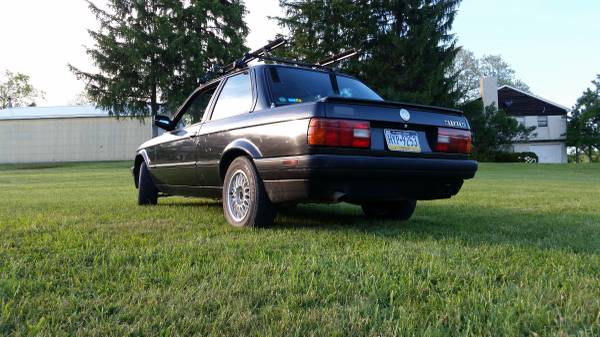 Got your own pile of junk to hawk? Send it here: tips@dailyturismo.com.  The worst that can happen is we list it, it doesn’t sell here, and you get contacted through craigslist by some cannibal who eats your liver with some fava beans and a nice chianti.