If you haven’t gotten hooked on Hoonigan’s YouTube videos yet, it could be for a variety of reasons. Maybe you think the incessant donuts and “scumbag” antics are tiring. Maybe you’re not a 16 year old kid, and can see that their target demographic is someone who can’t yet legally drive. I have to admit I wasn’t the biggest fan of their brand of tomfoolery until I was a guest on the show, with our Black Iron Racing E36 Camper Lemons car…and I got to know these guys a bit… then I kinda got hooked. It has since become evident Hoonigan co-founder Brian Scotto has a thing for 5-cylinder Audis, which is a bit unexpected. Then I stumble across this craigslist ad for what is most likely one of his “someday” vehicles, since the photos are clearly from the Donut Garage parking lot. Check out this 1987 Audi 4000 Quattro CS for sale in Long Beach, CA for $2000 via craigslist. 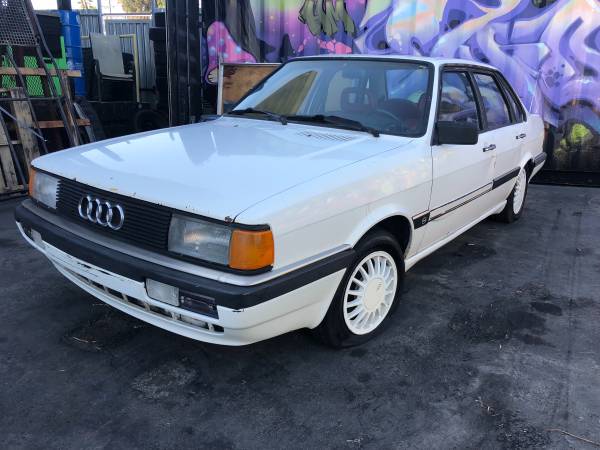 First let’s get the details out of the way – this is a 5-speed manual, all wheel drive, non-turbo 5-cylinder box on wheels with almost 200k miles on it. The price is pretty reasonable at $2k asking, but it gets better, because it comes with a bunch of extra project car stuff if you pay another $1500. If you’ve watched any of the Carcaine Rehab series on Hoonigan’s channel you’ll know that Scotto is trying to get his 1991 Audi Coupe Quattro and all of his other abandoned & neglected project cars running…after hitting the Carcaine too hard and buying up too many cheap terrible cars. Sounds familiar! 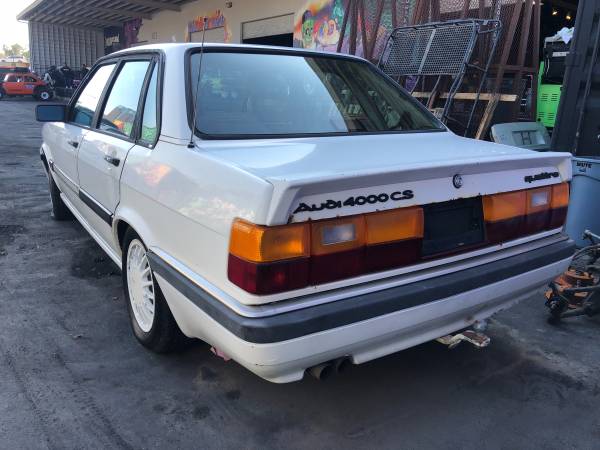 I have no idea if this is Scotto’s personal car or not, but it would make sense. Since I’m sure he’s an avid DT reader, we’ll wait patiently for him to chime in down in the comments.

I got this Audi 4000 with the intentions of making it a Rally-style build, but have too many other projects to finish first. It runs, but a bit rough. I have really done nothing to see what is wrong. Seems that the CIS unit could use a tune. Overall it’s in decent shape for a project. It has some rust spots here and there but no rot or cancer. I also have a full 20V driveline out of a 1991 Coupe Quattro which would give you not just a bigger motor, better trans and diffs, but also bigger brakes all around and more modern suspension attachment points. I’d do a package deal for all of that for $3500. I’ll even throw in some turbo bits I have for that motor. Serious inquiries only. 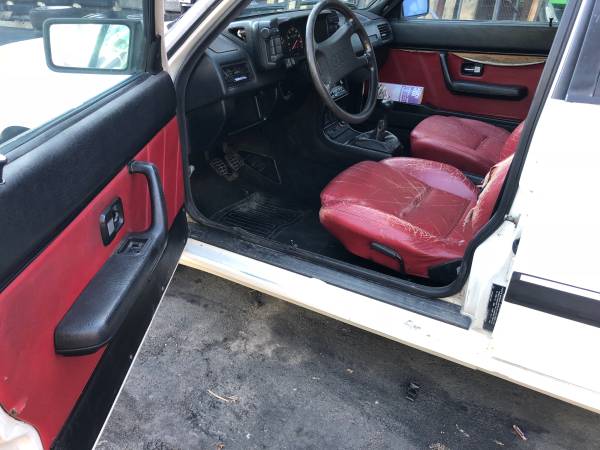 The bodywork looks fairly straight, albeit definitely neglected and showing some rust staining. The red and black leather interior probably looked bitchin’ in 1987 but leaves something to be desired now. It might clean up acceptably though – I’ve seen skeezier leather brought back from the brink. 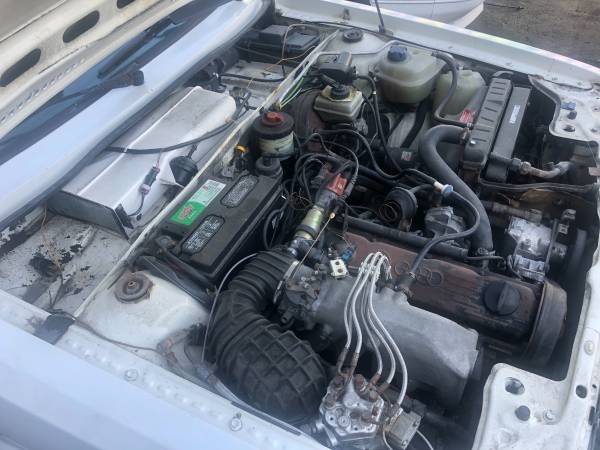 Under the hood we can see the hilariously front-mounted but venerable Audi inline five, with its K-Jetronic continuous injection on display. With the 20-valve upgrade engine, trans, and suspension mentioned in the ad text though, this thing is only a few hundred hours of hard labor away from smokey AWD turbo burnouts.


Do you have a thing for cars with 4 rings that chug with 5 slugs? email us here: tips@dailyturismo.com

CFlo has been conspicuously absent from the writer’s desk here at DT headquarters. Vince recently pushed aside stacks of overdue registration fees from DMV and piles of used Volvo Redblock lifter shims to get him back in front of the keyboard. Looks like it worked…