Way back in the early 1970s a young John Z DeLorean was in charge of engineering at GM and he directed his engine design group to find something to add some pep to the fuel conscious Vega subcompact. The result was an all-aluminum engine with a twin-cam cylinder head that was fed via fuel injection and exhausted through stainless headers to produce the first domestic high revving 4-cylinder sport compact…but tightening emissions windows (and unleaded gasoline) meant that it was neutered before it could sow any wild oats.  Find this 1975 Chevrolet Cosworth Vega #1782 offered for $4,200 in Lake Orion, MI via craigslist. 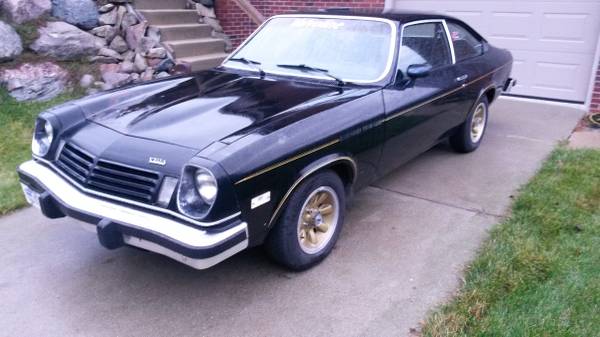 In order to make lots of power from a small 4-banger, you need to add forced induction or revv the beetlejuice out of it.   Early prototype Cosworth Vegas tested in 1971 made in excess of 170 horsepower as they pulled cleanly to the 7000 rpm redline…but the final production cars used shorter duration cams and smaller valves. When the smoke from the final emissions tune cleared in 1975 the 2.0 liter engine put out 110 horsepower at 5,600 rpm…hardly the road rocket that was promised 4 years earlier. 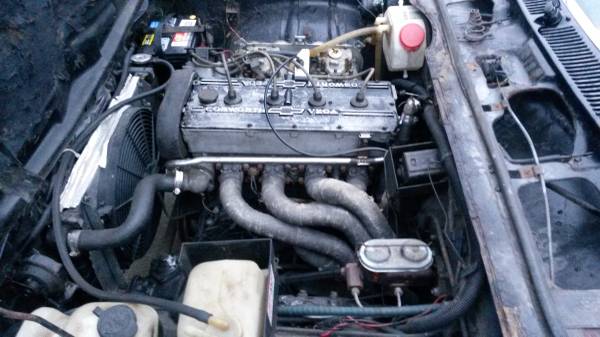 However, today’s Cosworth Vega is no ordinary people’s car.  According to the seller it was campaigned in SCCA club racing a few decades ago and won the 1991 SCCA Autocross Solo II H stock class at nationals. It runs an engine that has been souped up per allowable regulations — which the seller says gives about 30 horsepower over stock…but I know a few nationally capable autocrossers, and any national champion worth his grits is going to have all kinds of extra cheaty goodness inside that engine.  Breathing through dual Webers, it probably makes the 170hp of that original concept car, and when this engine blows up, it comes with the original engine as a spare. 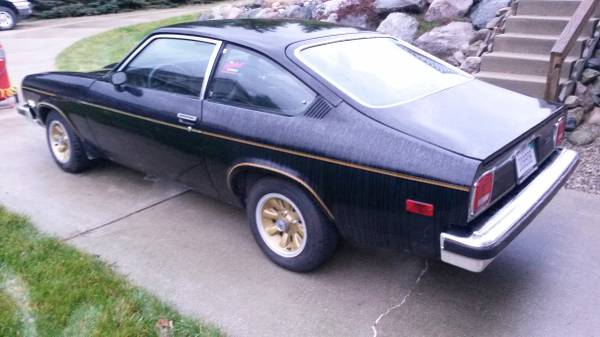 In the end, with the Cosworth Vega, GM shot an arrow at the moon and…well…they hit a chandelier, because they never stepped outside the kitchen.  See a better car for lamenting GM’s failed attempts at greatness? tips@dailyturismo.com