The S12 generation Nissan Silvia was released in North America with the lame sounding 200SX name, but it was a decent handling rear-drive sports coupe.  Unfortunately Nissan didn’t want to cannibalize sales from the profitable 300ZX so it was never given a powerplant more powerful than the non-turbo VG30, but that doesn’t mean you can’t get a souped up example.  Find this 1984 Nissan 200SX with Ford V8 offered for $4,800 near Worcester (pronounced whooo-staaaahhh), MA via craigslist. 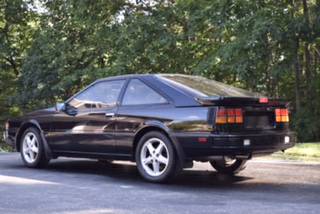 This 200SX is now powered by a  5.0 liter Ford V8 that is mated to a 5-speed manual gearbox.  Stock power in an ’80s 5.0 can be as low as 150 horsepower, but it looks (in the fuzzy pics) that this might sport a few aftermarket performance parts and 300 horsepower is a streetable figure.  The 200SX also features 5-lug brakes/hubs from a 300ZX but looks super sleepy.  I like it. 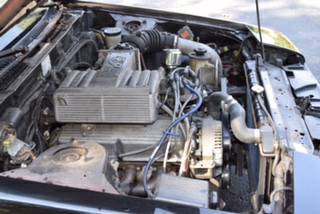