The C126 generation Mercedes-Benz S-Class coupe was a  massive luxury grand tourer with an abbreviated name — the SEC (short for S-Klasse-Einspritzmotor-Coupé).  The previous generation S-Class was only available in 4-door configuration, but with the 1981 release of the C126, mobsters luxury buyers looking for a 2-door sedan had another choice besides the Eldorado and Coupe DeVille.  Find this 1983 Mercedes-Benz 380SEC C126 offered for $2,500 in Gresham, OR via craigslist. 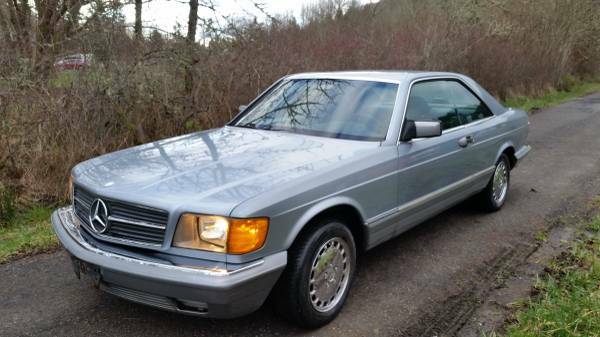 The SEC name wasn’t the best choice for Mercedes-Benz when they launched the car, because most of the 1% were likely to be under the careful watch of the SEC (Securities and Exchange Commission)…but nevertheless, Mercedes-Benz sold over 11,000 examples of the 380SEC from 1981-1985. 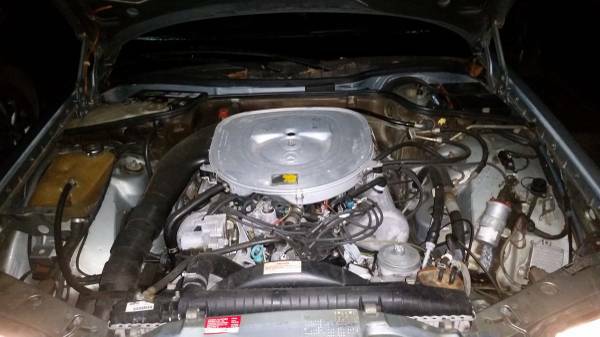 Under the hood is an M116 V8 that puts out 155 horsepower and 198 ft-lbs of torque from 3.8 liters. The single overhead cam, 2-valves per cylinder engine isn’t the most power-dense thing on the block, but it works okay in a cruiser. 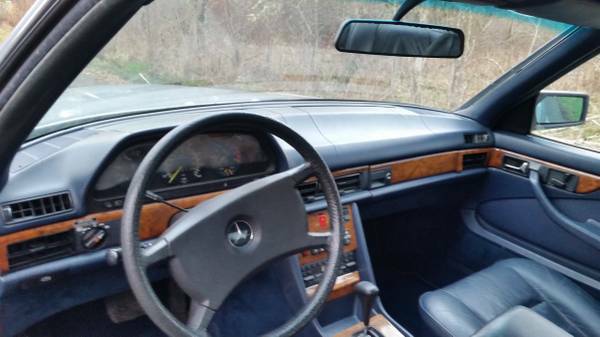 The interior of the big coupe is a nice medium blue with a few pieces of faux real wood accent.  This era of Mercedes-Benz is known for long lasting interior — particularly beefy is the MB-Tex non-leather seat option. 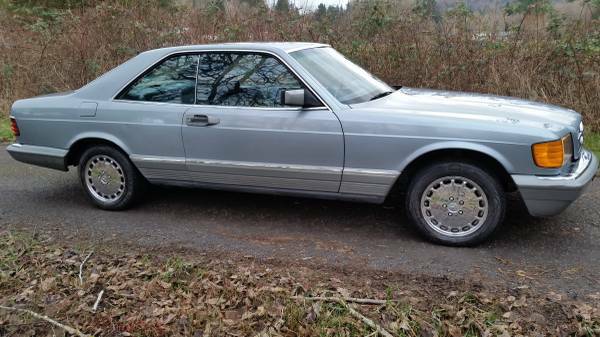 See another classic Benz that comes with a free parts car? tips@dailyturismo.com