The Saturn S-Series (SW/SC/SL) was released into the wild in 1991 as the first vehicle to be launched by GM’s Saturn Corp subsidiary.  Saturn was marketed as “a different kind of car company” and its cars were designed mostly in house with little support from the rest of the GM family.  Therefore, the S-series wasn’t just another rebadged Chevy (think Buick, Pontiac, Oldsmobile, Cadillac…), and instead used a steel spaceframe with plastic body panels on what was called the GM Z-platform.  Find this 1999 Saturn SW2 Wagon here on craigslist offered for $1,500 in Cos Cob, CT. Tip from Cory. 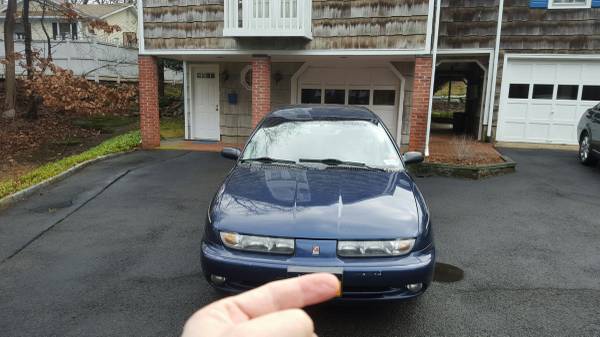 This 1999 SW2 comes from the second generation of Saturn S-Series production and is not only the desirable wagon version, but also features a 5-speed manual gearbox. 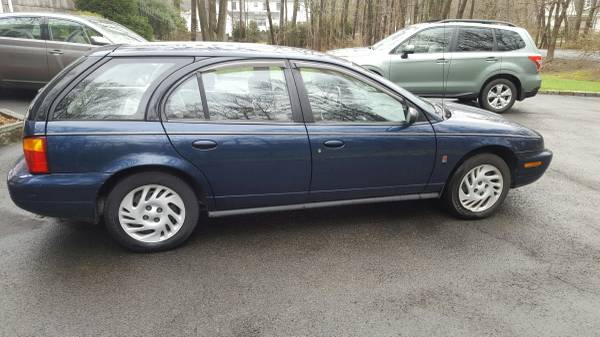 Powering the little wagon is a 1.9 liter 4-cylinder DOHC engine that puts out 124 horsepower and 122 ft-lbs of torque.  Don’t go into Saturn wagon ownership expecting much and you might be pleasantly surprised. 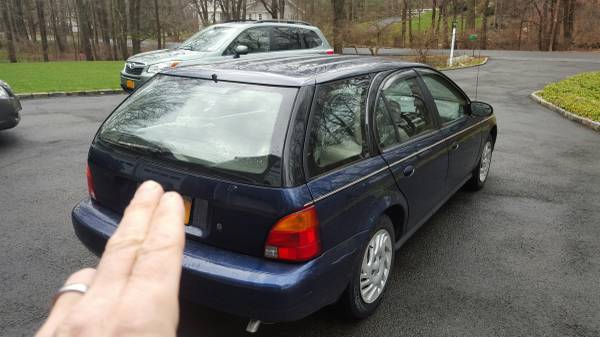 See another cheap driver with a stick? tips@dailyturismo.com