Rotary In The Sidecar: 2001 BMW Motorcycle with Sidecar

Motorcycles aren’t exactly the safest mode of transportation…even small contact can have huge consequences (which is why people in 4 wheel vehicles should always give them plenty of room), but at least the motorcycle is small and maneuverable.  However, if you add a sidecar to a motorcycle, you still have the same crash exposure, but now lack maneuverability and agility of a normal bike, so its probably more dangerous…BUT…if you feel the thrill of danger beckoning you like a winged siren, you might want to consider upgrading to a turbo rotary powered motorcycle where the engine is in the back of the sidecar.  Find this 2001 BMW Motorcycle with Sidecar offered for $14,900 in Half Moon Bay, CA via craigslist. Tip from Kevin who found it on Bike-urious. 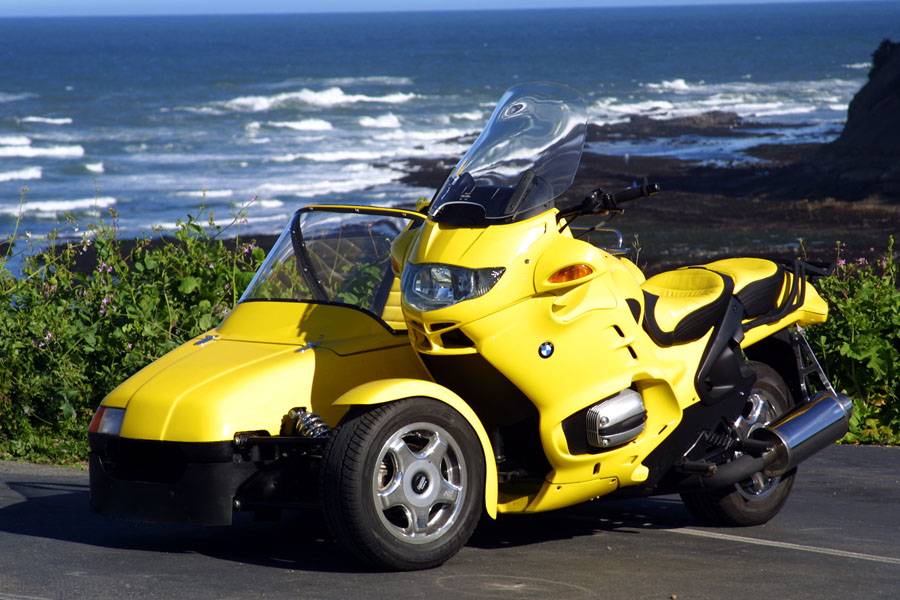 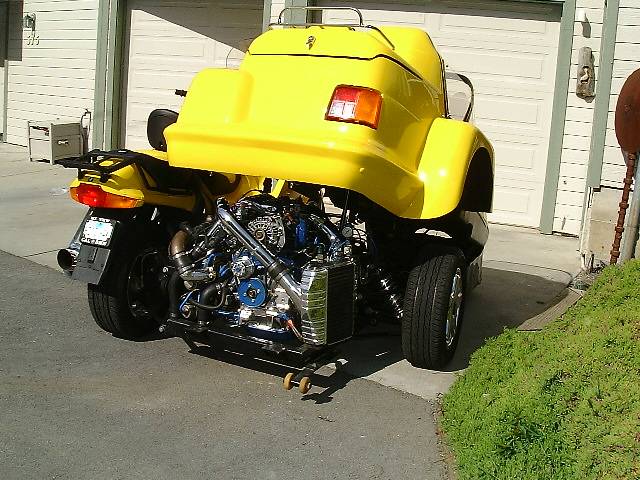 Looks like a 2002 BMW 1200RT with a California sidecar but the BMW motor is a fake – just valve covers on the side of the faring which hides a 15 gallon fuel cell.

The engine drives both rear wheels through a VW automatic transaxle, directly to the sidecar wheel and through a cog belt to the motorcycle wheel. Shifting is done with a twist grip on the left handle bar like a Vespa. 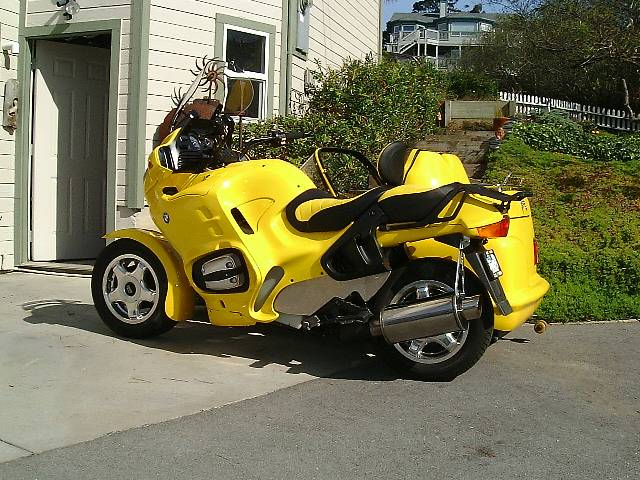 Mike corbin did the seat and sidecar upholstery.

Not for the faint of heart. This rig is very fast and a handful on hard acceleration. Under normal driving conditions it’s a pussy cat and can cruise at any speed with one hand on the bars.

Featured in numerous motorcycle magazines both nationally and in Europe. 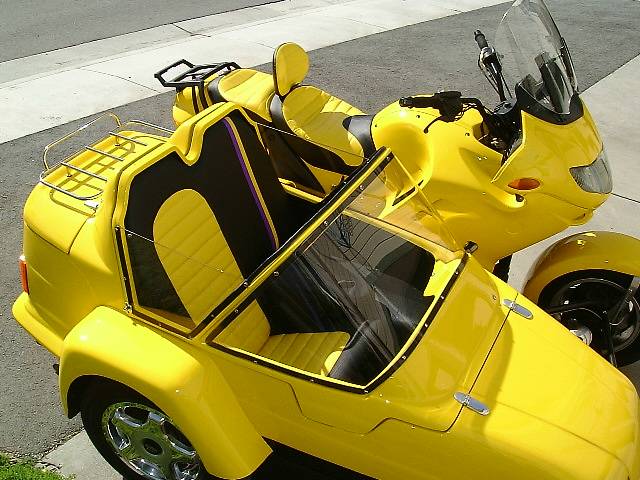 See a better way to drive an oddball? tips@dailyturismo.com