Cafe racers are so hot right now. Or well, maybe that was a few years ago. With the fickle nature of trends in the custom motorcycle world, I really couldn’t say. The next mustachioed and/or ex-con renegade bike builder needs to show up already and TELL me what’s cool! All sarcasm aside, one thing I can say will never go out of style is a minimalist machine with an understated, badass look. Find this 1982 BMW R100 cafe racer for sale in Hollywood, CA for $9,999 via craigslist. The seller doesn’t provide too much info, other than to say that the bike started life as an ’82 R100RT and that it has 29k miles on it. Also, the seller claims service is up to date and that it wears new vintage-style Firestone tires, in an unspecified size. “They’re doing cafe conversions like this in Rome and Spain currently. Be the first to own one here in the us [sic],” adds the seller. Well maybe not the first…but the second? 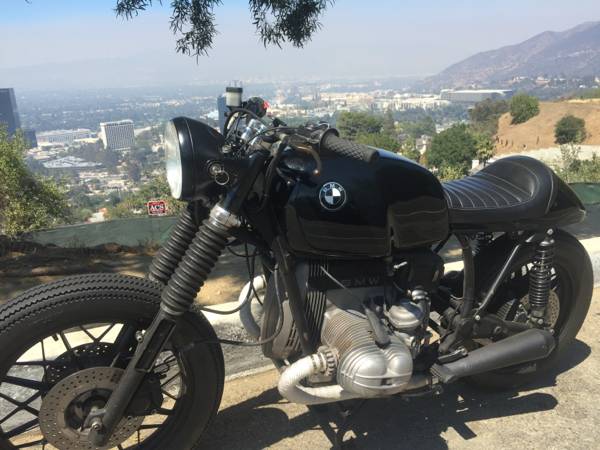 These photos don’t give us a whole lot to go on, other than the fact that the bike has been stripped down in classic cafe racer style. This was a trend that originated in Great Britain in the ’60s; the idea was to remove as many extraneous parts as possible to make your bike faster, which is a noble cause even in this day and age. The R100 here has shod its front fender, side covers, front fairing (if it had one…which is likely, given Prince’s popularity in 1982). The seat has been changed out to a “one up” style with a small fairing / butt stop in the rear. All standard cafe stuff, including the shorty mufflers. 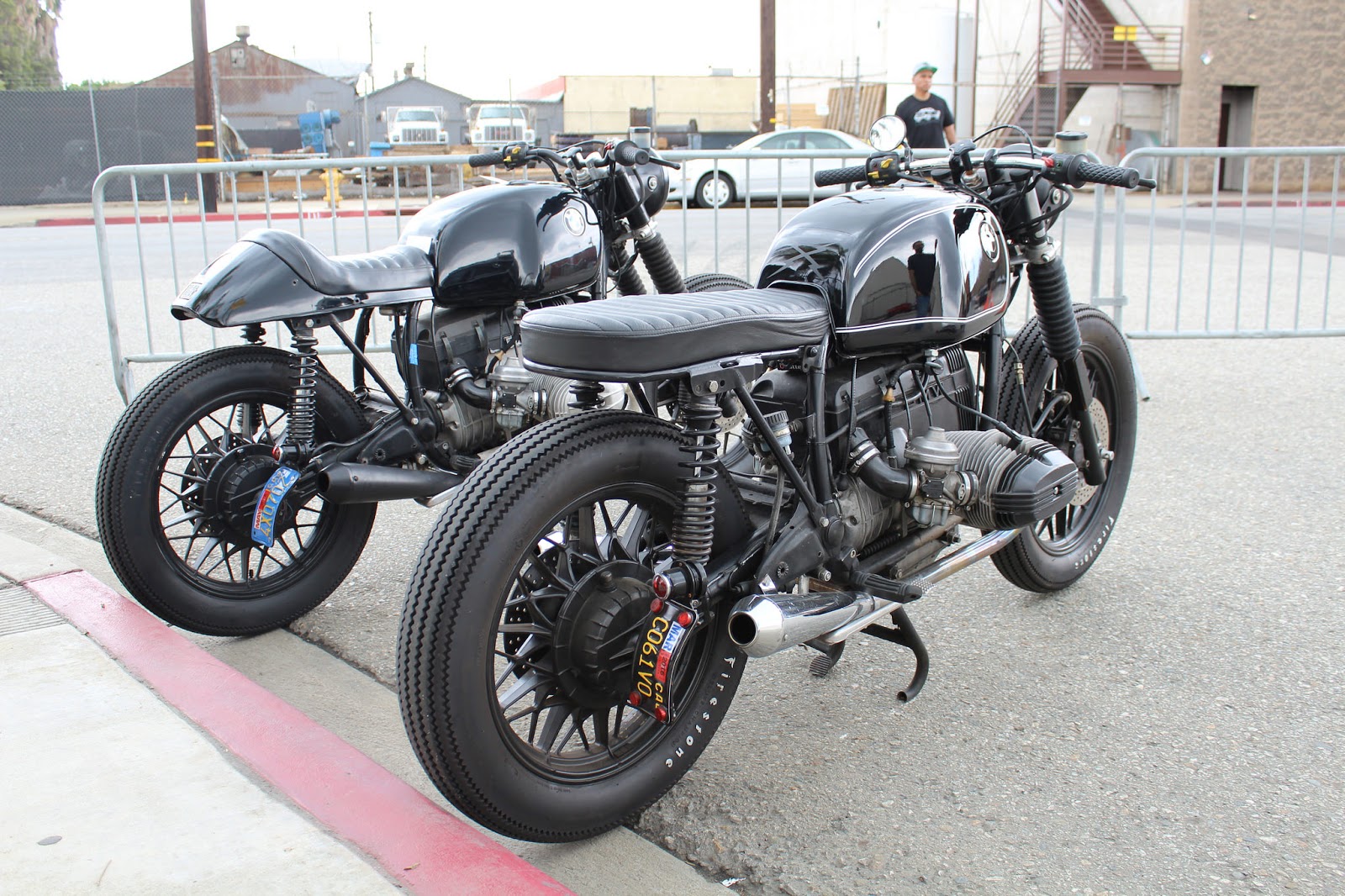 Here’s where things get interesting. I’ve been following this ad on craigslist for several weeks – the seller started out at $12k, and is now down to four digits. Apparently the market for murdered out German aircooled bikes isn’t hot right now. Who knew? I happen to love this thing, and was glad to find the ad. I had previously seen this exact bike parked outside of the 2016 Luftgekhült (aircooled Porsche) show in Vernon, CA. 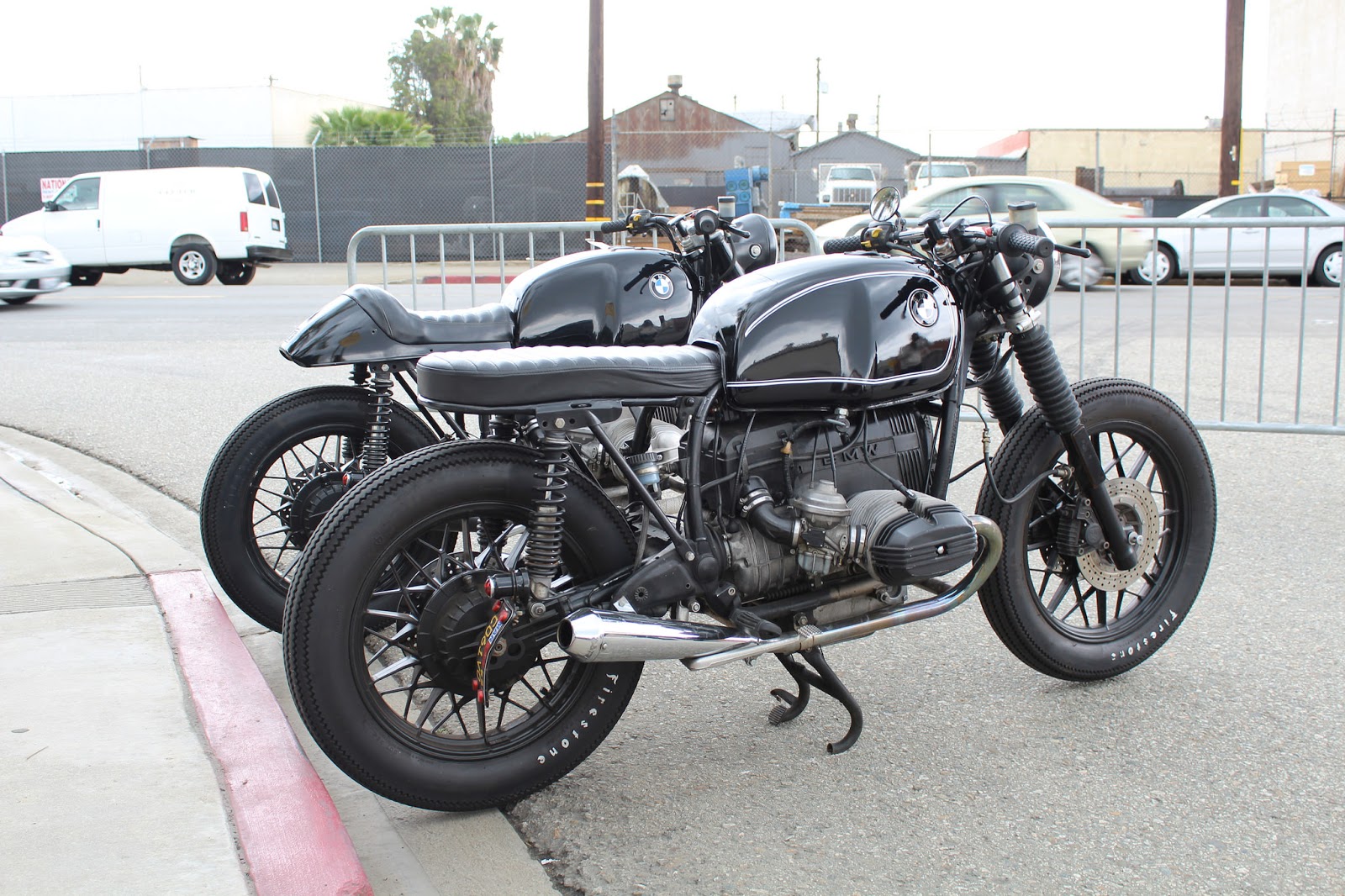 I like to think I’m doing the seller a favor by posting these nicer photos (you’re welcome) shot by yours truly. The bike for sale is actually the one in the rear. The blue plate was matched to a rear photo in an earlier version of the craigslist ad. Retaining the OE cast alloy wheels wouldn’t be my first choice, but painted black as they are here, the eye is tricked into seeing wire wheels – and that’s wholly appropriate. 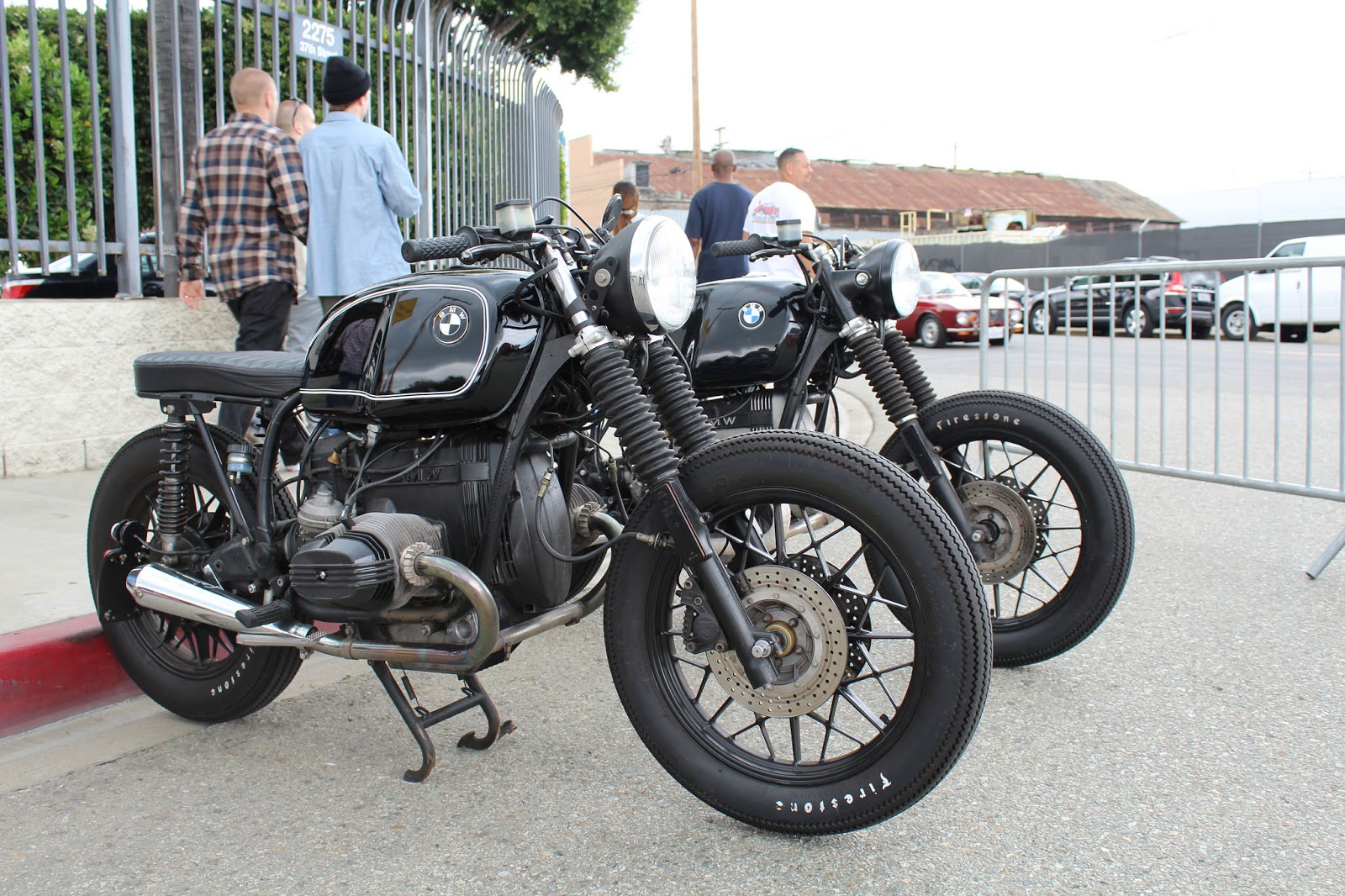 So if you buy this one, you’re at least the 3rd person to own an R100 cafe here in the US, given that the bike has a twin seen here. I kinda prefer the flat seat, but other than that and some pinstripes on the tank, these look identical. 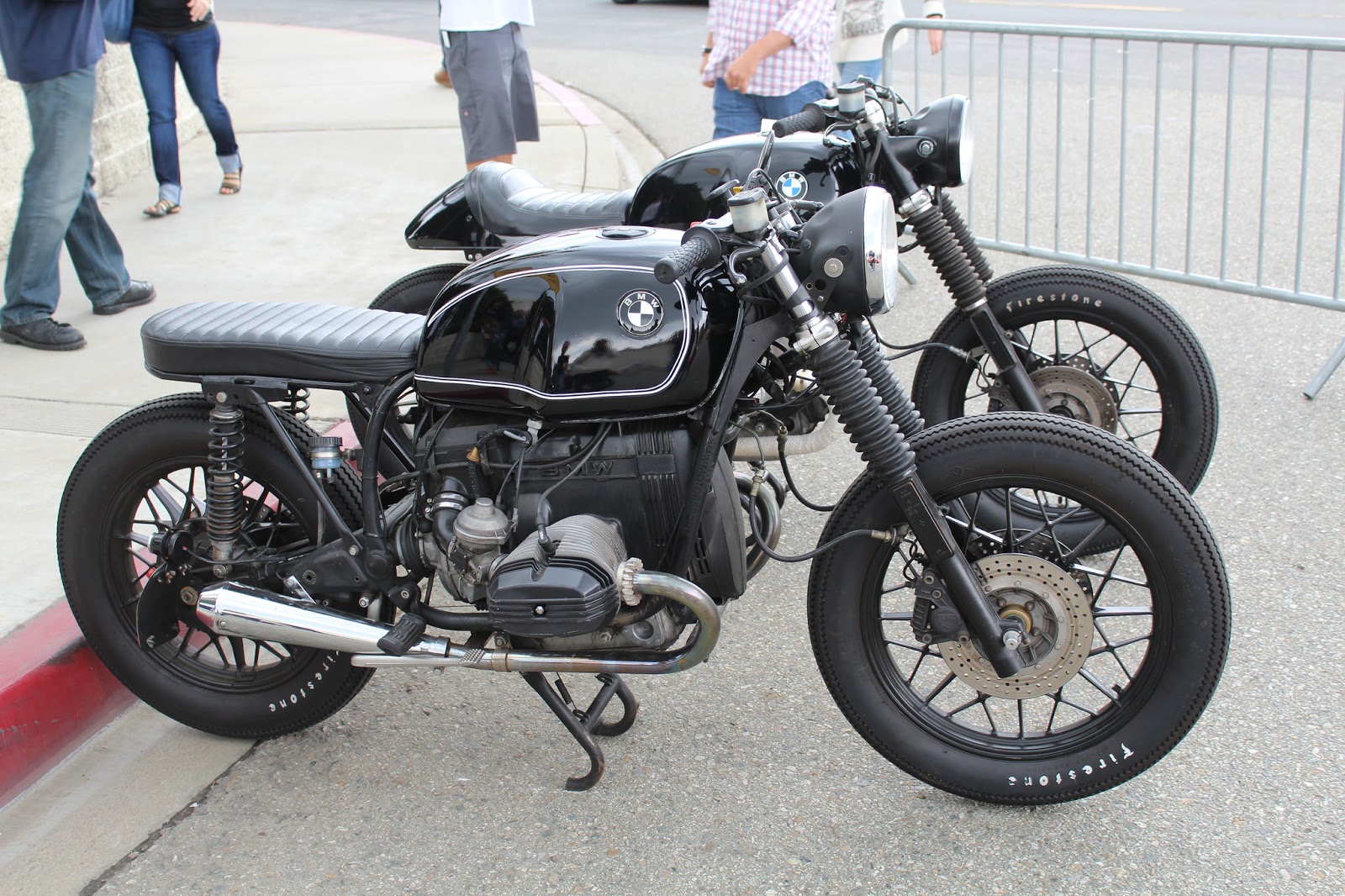 You might be wondering just what a BMW R100 is, exactly – to sum it up, this is a ~1000cc boxer twin making about 70hp, an evolution of the long standing (and still going) “airhead” twin BMW engine. The bike itself is pretty conventional, with a steel tube frame, twin telescoping dampers front and rear, with disc brakes all around. Stripped of useless weight and with the badass factor turned up to 11, I can’t think of a cooler formula these days.