Every once in a rising sun, I find myself admiring the 80 series Toyota Land Cruiser. This is the generation built from 1991-1997 that retained the old formula of large cast iron inline six under the hood coupled to solid axles front and rear, and it was the most evolved version of that species that was ever sold in the US, with a whole new range of engines, coil spring / linkage suspension, and some luxury features. However, I also find myself (a bit less often) admiring and pining for the classic lines of the preceding 1980s Cruiser, known as the 60 series. But what if you could have both? That’s where the Japanese aftermarket steps in. Find this “Flexcustom Wonder” 1993 Toyota Land Cruiser for sale in Japan for ¥2,198,000 (about $18,300 today) via flexnet.co.jp. 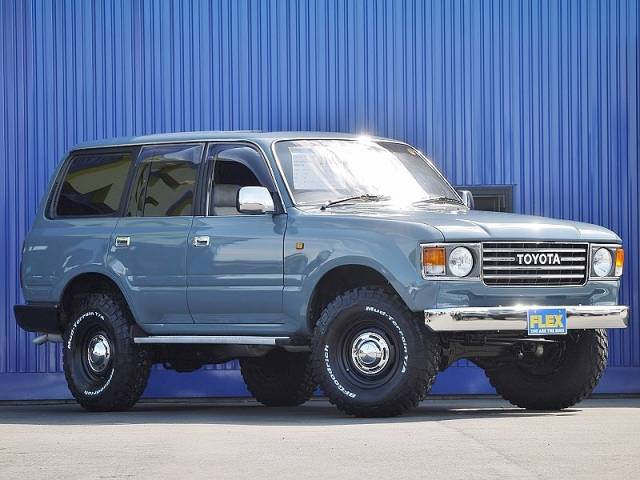 Don’t attempt to adjust your monitor or zoom in “to see the pixels;” this is a real thing and not photoshopped. As well as I can gather from my limited (i.e. terrible) grasp on the Japanese language, this company called Flex buys up 80 series Cruisers, and grafts on the face of a 60 series. No in-process photos have turned up in my searching but I’m guessing that there is some creative welding and body filler work necessary to make the light bezels fit the fenders, and to get the 60’s lower valence (below the grille) grafted in. The hood leading edge appears to be chamfered now as well. 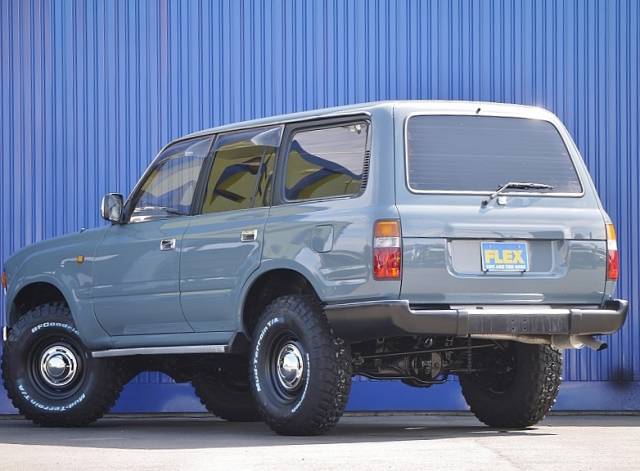 If you’re not into Land Cruisers you may wonder why someone would do such a thing. I think the reason is something like practical nostalgia. Enthusiasts have resoundingly settled on the 80 as the sweet spot generation for the Land Cruiser, before started too closely resembling a Chevy Tahoe with its current setup of V8 power and independent front suspension, not to mention ever-increasing weight and complexity. But there is still a healthy respect for the classic 40 series, its Iron Pig descendent the FJ55 wagon, and the last version with round headlights – the 60. 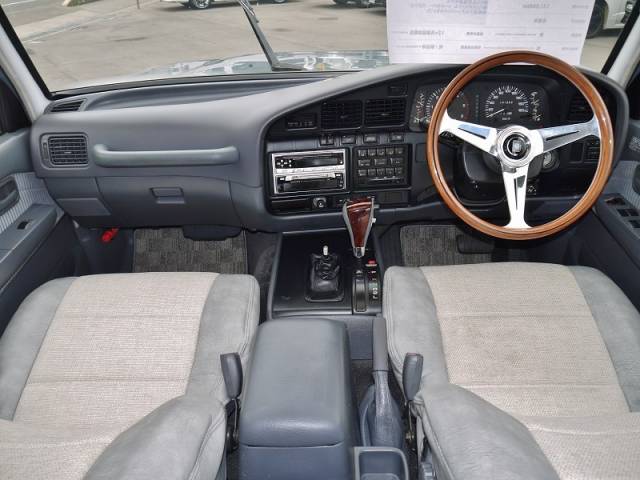 But if you could have the aesthetics of the earlier trucks with the capability, comfort, and durability of the ’90s tank, why not? The retro theme carries over to the wheels which are steelies adorned with 40 series (or similar) dog dish hubcaps, a solid classic shade of blue on the exterior, chrome door handles (not my favorite), and even to the interior. The Nardi wood rimmed steering wheel is a nice touch and looks oddly at home amid the arcing gray plastic dash. 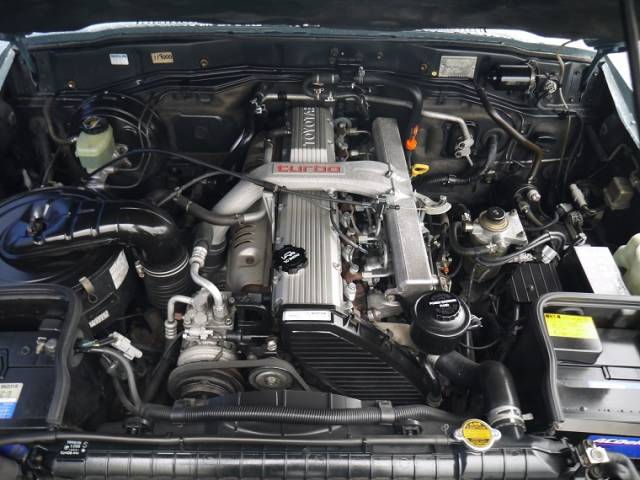 I’ll admit I own a 1994 FZJ80 myself, and have thought a few times about backdating it with steel wheels and a two-tone paint job a la FJ55. It never occurred to me to go whole hog and swap the 60 series’ front end on as well, and I’m a bit surprised that I like the end product so much. This one’s even an HDJ81V diesel model, with the forbidden fruit 1HD-T six cylinder making only 162 hp but 267 lb-ft of torque at a lazy 1400 rpm. 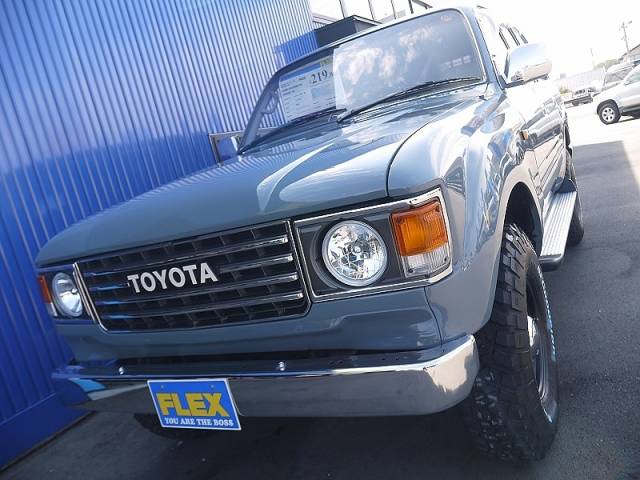 I’m tempted to scrounge up some junker 60 series parts and start test fitting. A few weekends of welding followed by a trip to DT’s favorite cut-rate paint shop (Beto’s in Wilmington, CA) and I could have a retro cruiser of my own. With the 25 year import rule now allowing 1990 model year vehicles into the US without much fuss, it’s only a matter of a few more long summers before we Americans could buy these pre-converted from Flex themselves and save the trouble. As a consummate cheapskate I have to think that the sum of the parts and labor would be less than $18k + shipping + duties (and fees, etc) if I built one myself using my cheap beat-up Cruiser as a basis. The only question would be: monochrome as above, or two / three tone as shown on the “Wonder” marketing page and below?

If you’re a kook like me and are into this type of thing, Flex has many many more converted 80s for sale here. Just don’t ask me for help with translation.