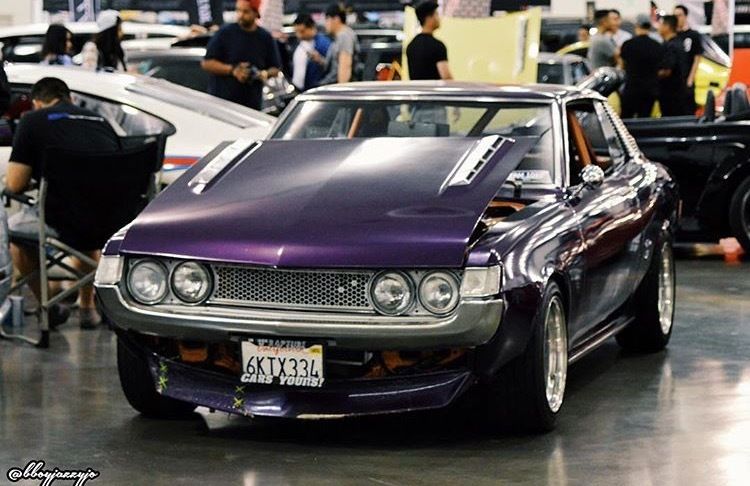 If you want to spend your own hard earned cash to build the custom magazine car of your dreams – great, get to it…and when you are done, let us know, we’ll post it for 50 cents on the dollar.  The truth is, there is no way to recuperate your costs when building a magazine car, unless you get a bunch of free stuff – so the best way to get your hands on a modified street/strip/show/centerfold machine is to buy a used one.  There’s no better money spent on a car than the previous guy’s.  Find this 1973 Toyota Celica With Honda F20C Inline-4 for sale in San Jose, CA for $16,999 (or $18,299 with fancy wheels) via craigslist. 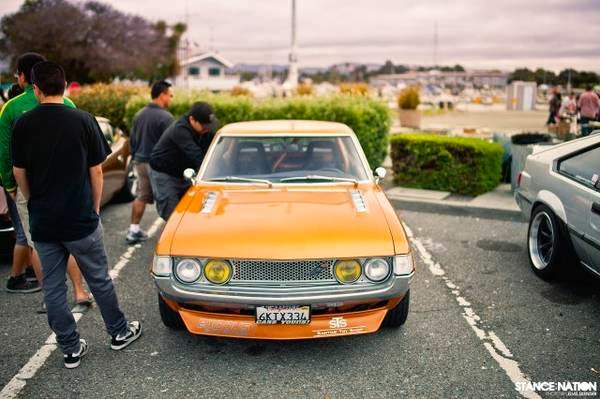 The first generation (A20) Toyota Celica was built from 1970-1977 and in North America was powered by a version of the Toyota R engine that put out 96 horsepower.  That is weak sauce and completely blown out of the water by today’s Honda F20C powered bronze custom. 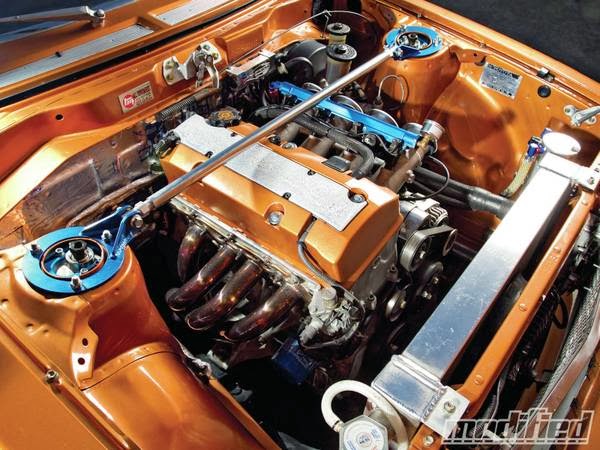 Pop the hood and -whoa – I’m blind!!  Hiding under all that chrome, bling and OCDetailed parts is a 2.0 liter inline-4 that puts out 240 horsepower at 8900 rpm when stock, but now equipped with aftermarket ITBs, headers, tuning, it probably makes 235 hp. 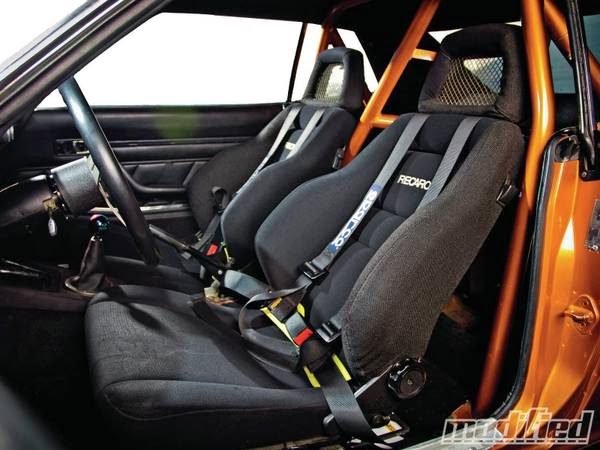 A quick peek inside reveals the snick-snick smooth shift lever of the 6-spd gearbox that came from the S2k.  The interior has a motorsports theme to it and the Recaros do look comfy, but 5-pt harnesses are really annoying in a street car.  Basic things like turning the ignition, reaching for the glove box for your license and registration (that’ll happen a lot in this car) become an exercise in futility.  Also, roll cages in street cars – super unsafe unless you wear a helmet for daily driving…or your head is cool with hard impacts on DOM tubing. 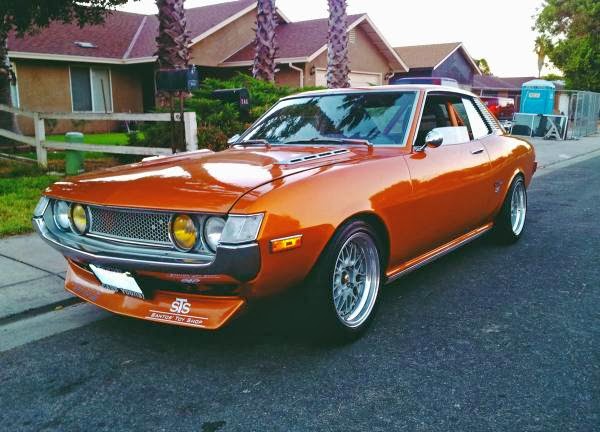