This next car was last featured as a seller submission here in Jan of 2014, but it is now offered by a small dealer near the LAX airport for a reasonable asking price.  The previous owner and recent builder/restorer of this car is stand up guy and early friend of DT, so I give this thing three thumbs up.  Find this 1963 Renault R8 offered for $6,500 in Lawndale, CA via craigslist.  Tip from Ryan. 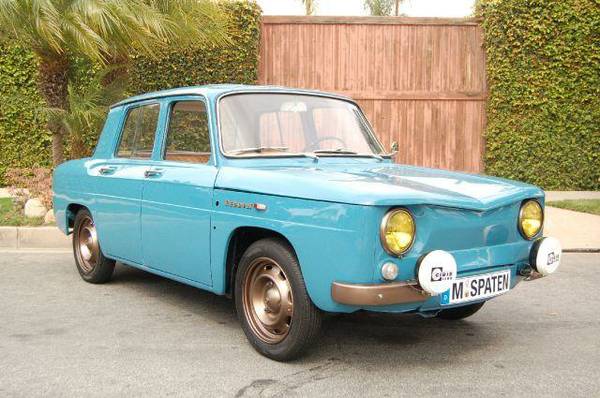 The R8 was released in 1962 as a basic economy car offering from Renault and it features boxy styling with a chassis based on the (curvy) Dauphine platform.
The R8 was equipped with a rear engine and rear-drive setup similar to a Volkswagen Beetle, but with a conventional upright inline engine and water cooling. 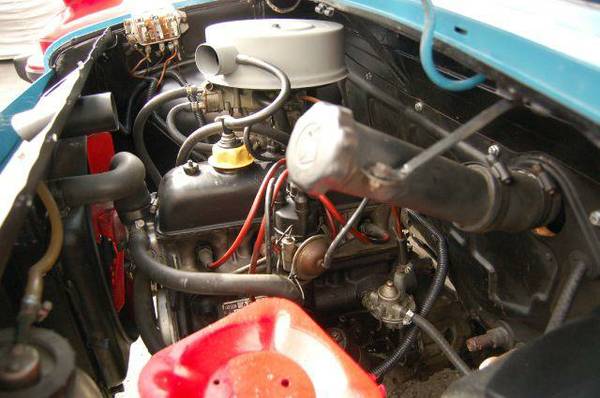 This R8 has been upgraded with a 1100cc inline-4 that features a bigger cam and valves for something above the stock 43 horsepower and 55 ft-lbs of torque.  It should be able to keep up with a mildly modified VW type 1 and is a million times less common. 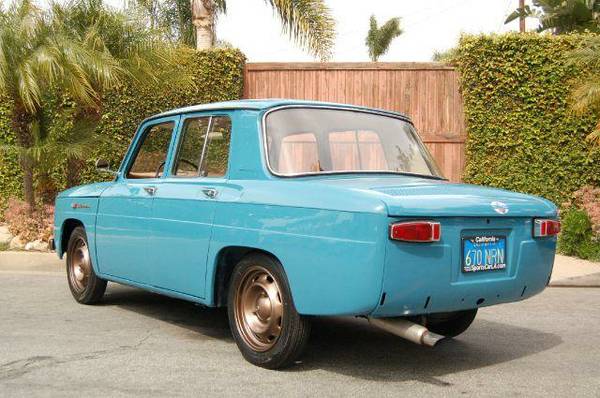