You’ve heard all the negative stuff on the internet about the Porsche 928.  It was faster backwards than forwards, it is the German Camaro, it is styled like a suppository, it is as reliable as Mariah Carey’s monitor… ENOUGH!  The 928 is a great car, and it only gets better when you put in some reliable domestic iron.  Find this 1980 Porsche 928 with Chevy V8 offered for $10,500 in SF Bay Area, CA via craigslist. Tip from FuelTruck. 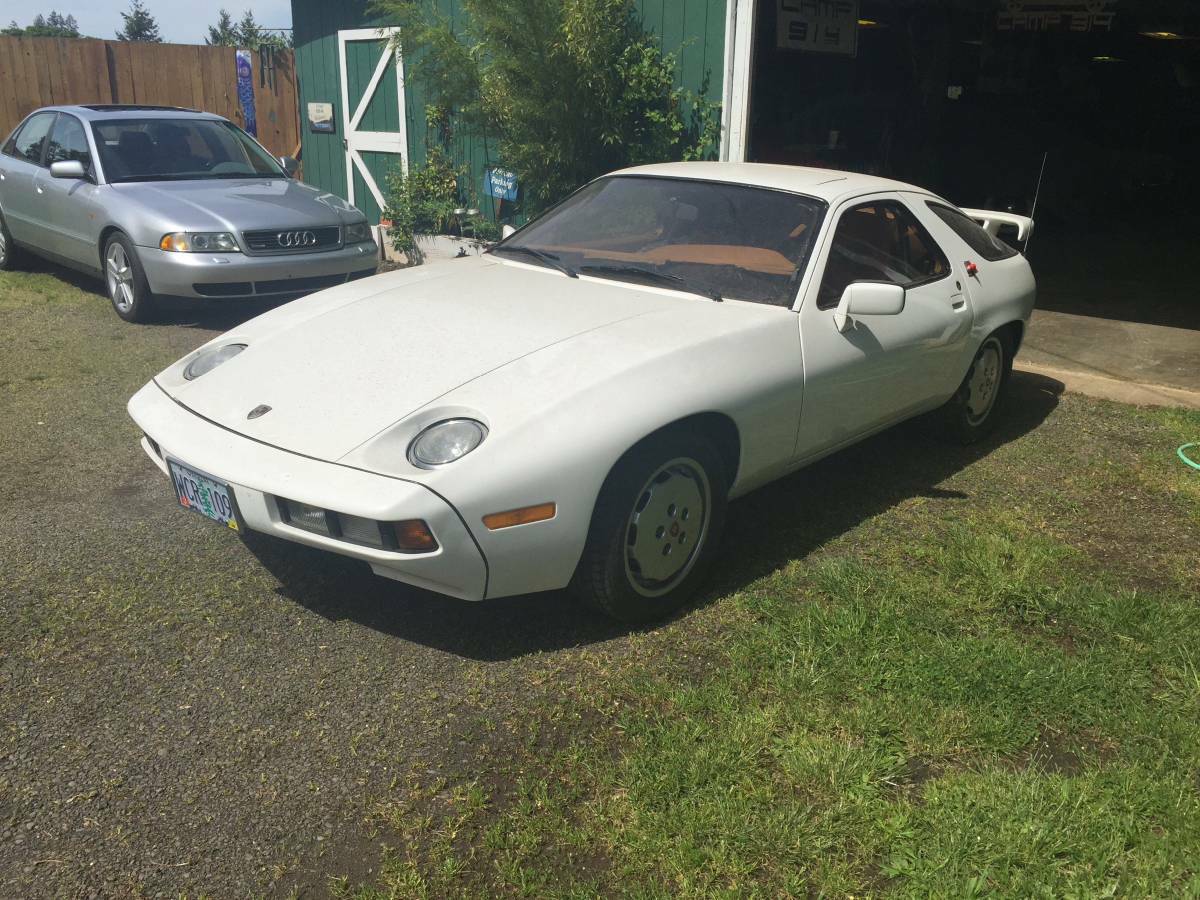 This Moby Dick was built by the onwer to compete in the Silver State Classic Challenge, so it has a rollbar, external battery disconnect, Recaro racing seats, and is plumbed for NOS.  This looks like the perfect car for a suburban Los Angeles commute. 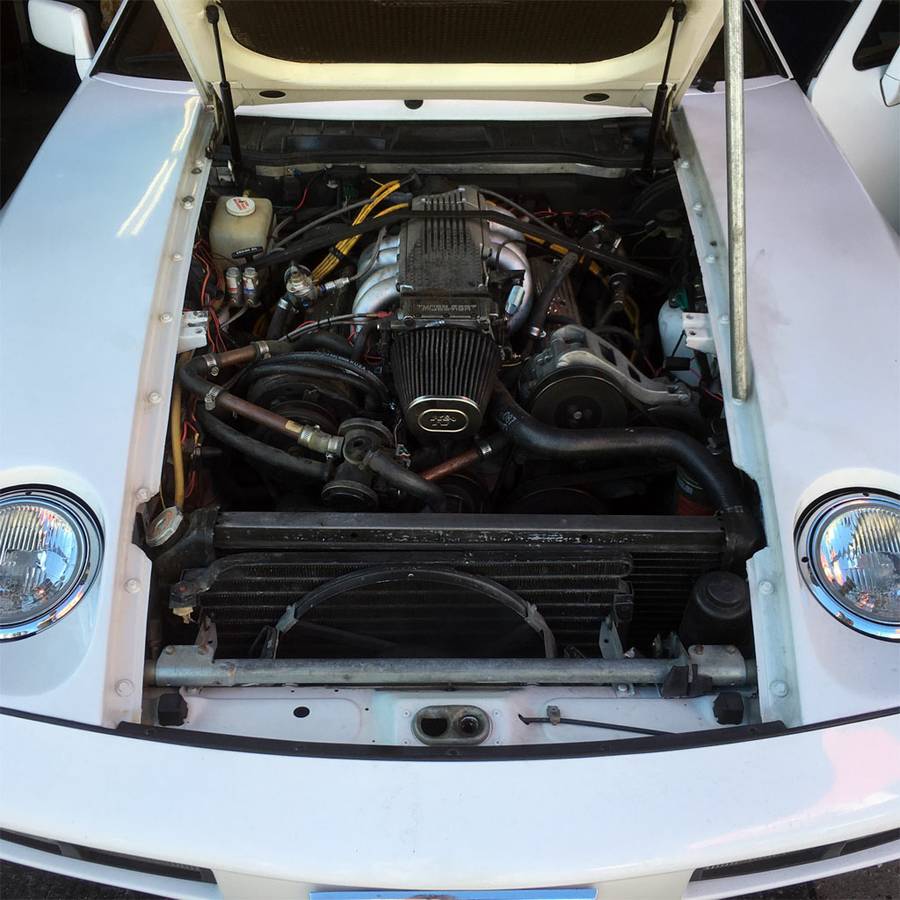 Under the hood sits a 350 cubic inch small block “crate” Chevy engine.  It is mated to the 5-speed Porsche transaxle via a Renegade hybrids adapter plate.  The car wears Oregon plates, but has a California BAR sticker giving it a get out of jail free card from the Cali smog gestapo. 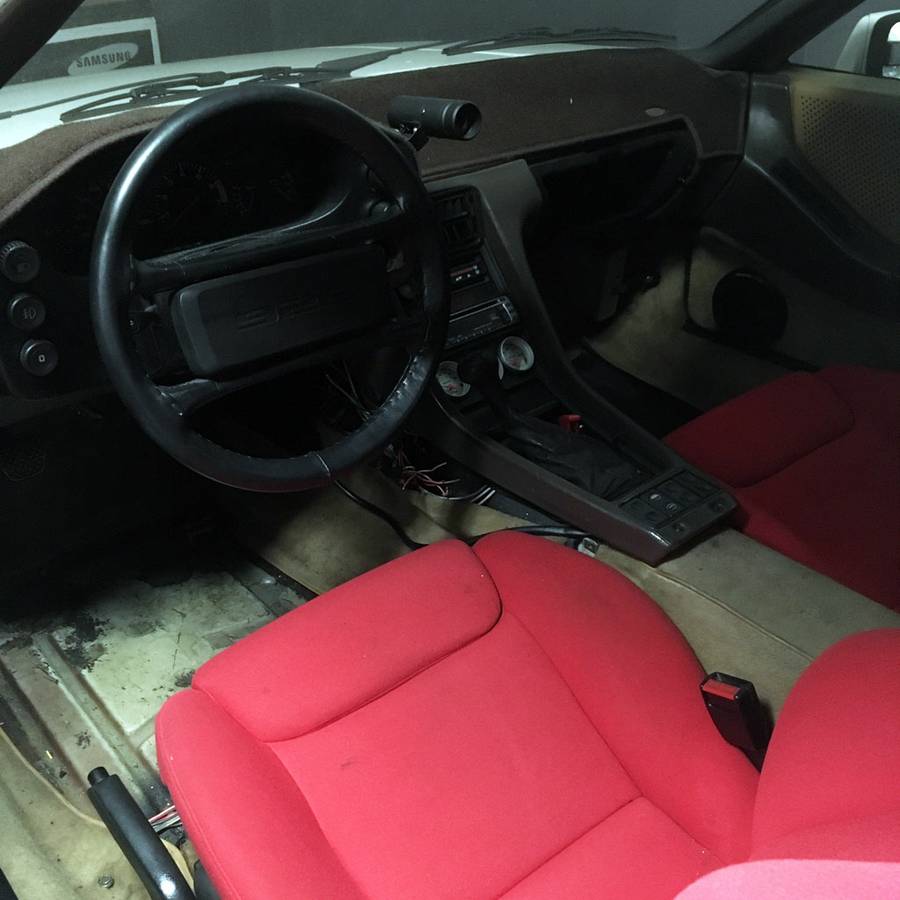 Regrettably, somebody made the poor decision to gut the interior, which is great if you are building a track only car, but a pretty poor choice for something that you’ll spend much time driving to work or even bombing down the back roads.  Wear ear plugs. 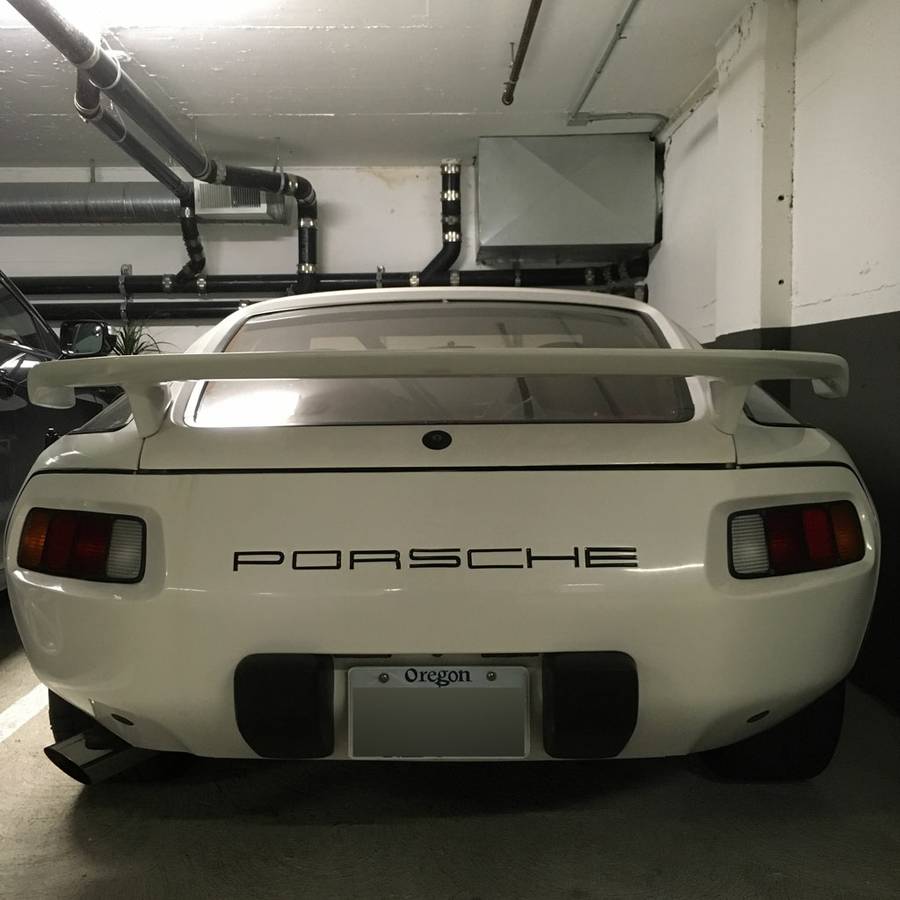 See a cooler way to impress your neighbors? tips@dailyturismo.com