The AMX was a two seat muscle car from AMC, built on a shortened Javelin chassis from 1968 through 1970.   It may have shared the honor of being one of two Detroit built  two seat hardtops, but it’s cheap steel body meant performance was a few fins short of the Mako Shark.  That doesn’t mean it isn’t a testament to all things apple pie, baseball, and engaging in endless unwinnable wars, particularly when it is painted up like Ole Glory.  Find this 1968 AMC AMX offered here on eBay 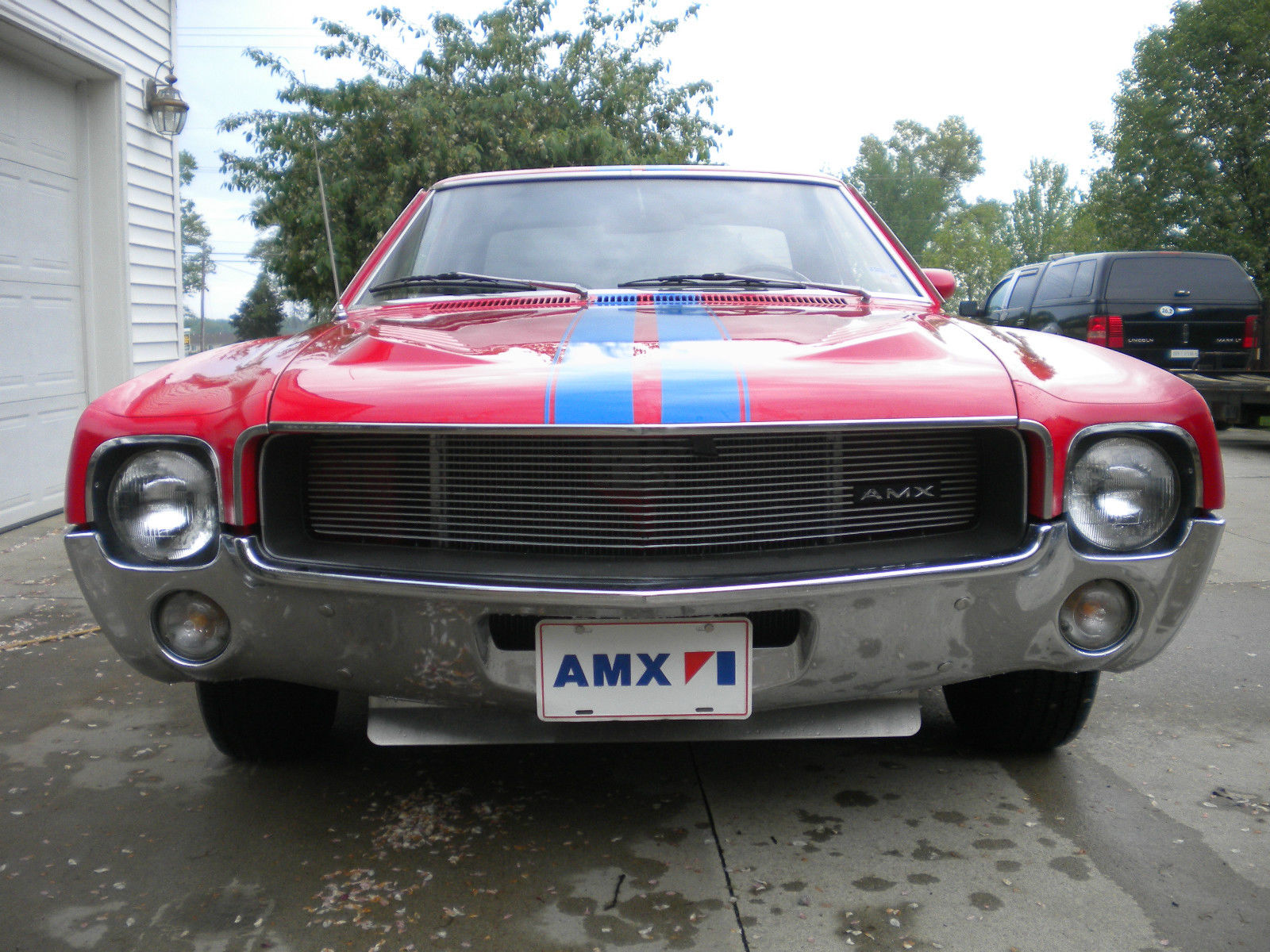 The AMX may have been missing back seats, but it was AMC’s entry into the pony car wars, but a buck short and an hour late…as they say.  The Mustang, Camaro, and Challenger all outsold the AMX by heavy margins, and only 19,134 of the eXperimental 2-seater left the showrooms. 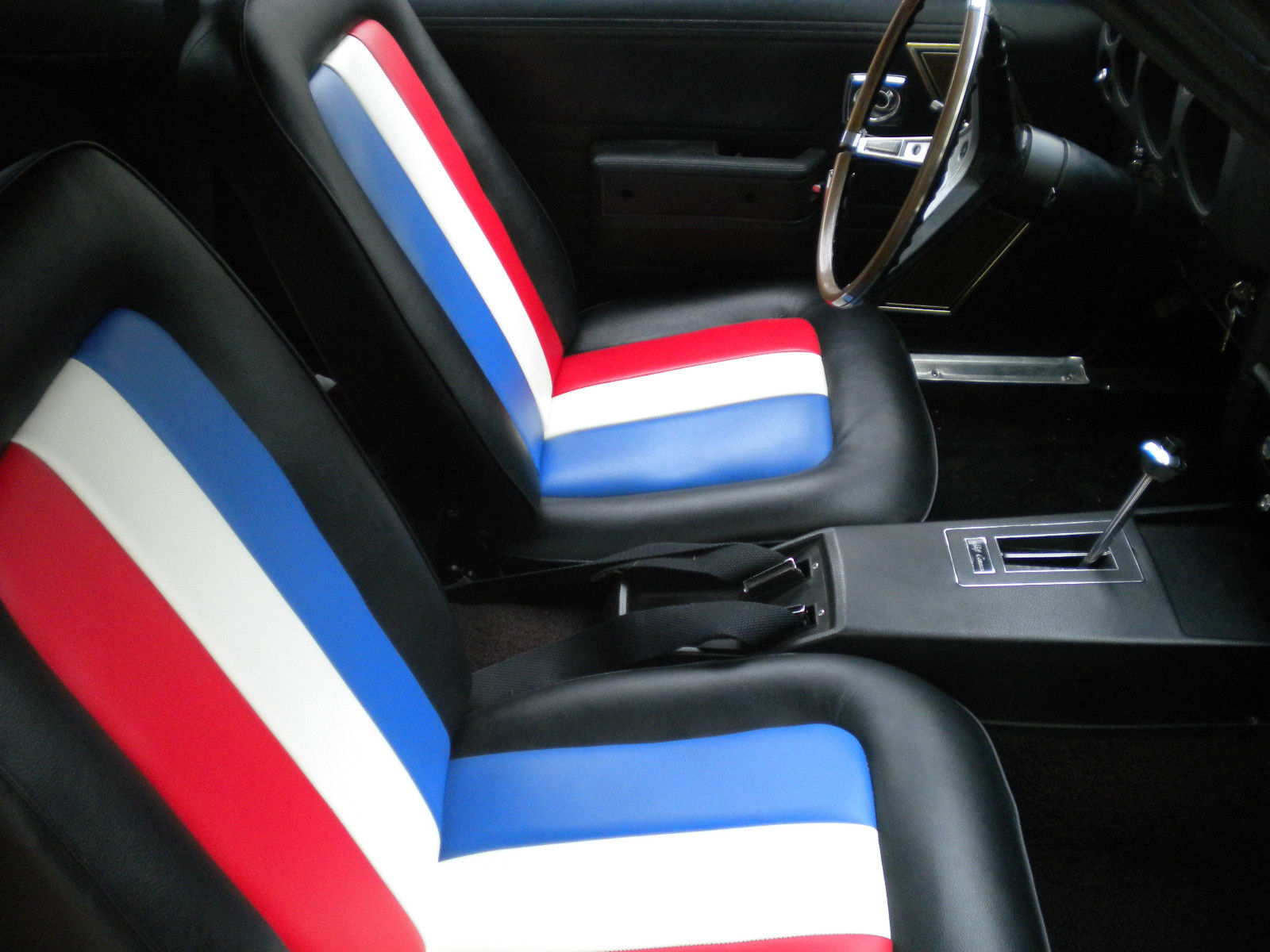 Check out those seats — that is a slice of Americana if I don’t say so myself.  The AMX introduced a number of firsts in automotive engineering, among them the one piece injection molded dash that you can almost see in the above photo if you squint hard. 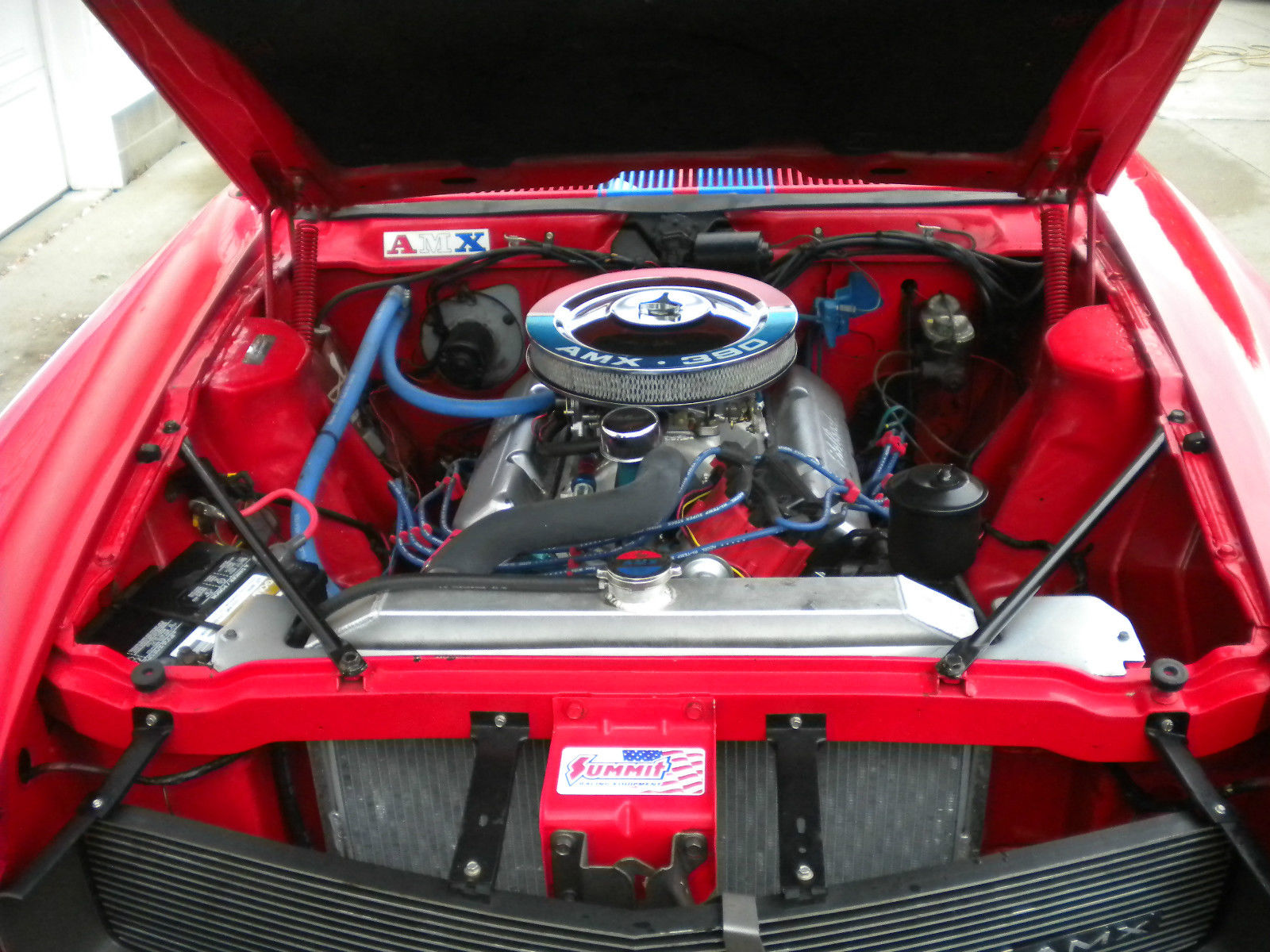 Under the hood isn’t the original 290 cubic inch V8, instead we see a warmed over 360 cubic inch street motor mated to a 727 slushbox.  This AMX should accelerate very nicely and sound good while it is doing it. 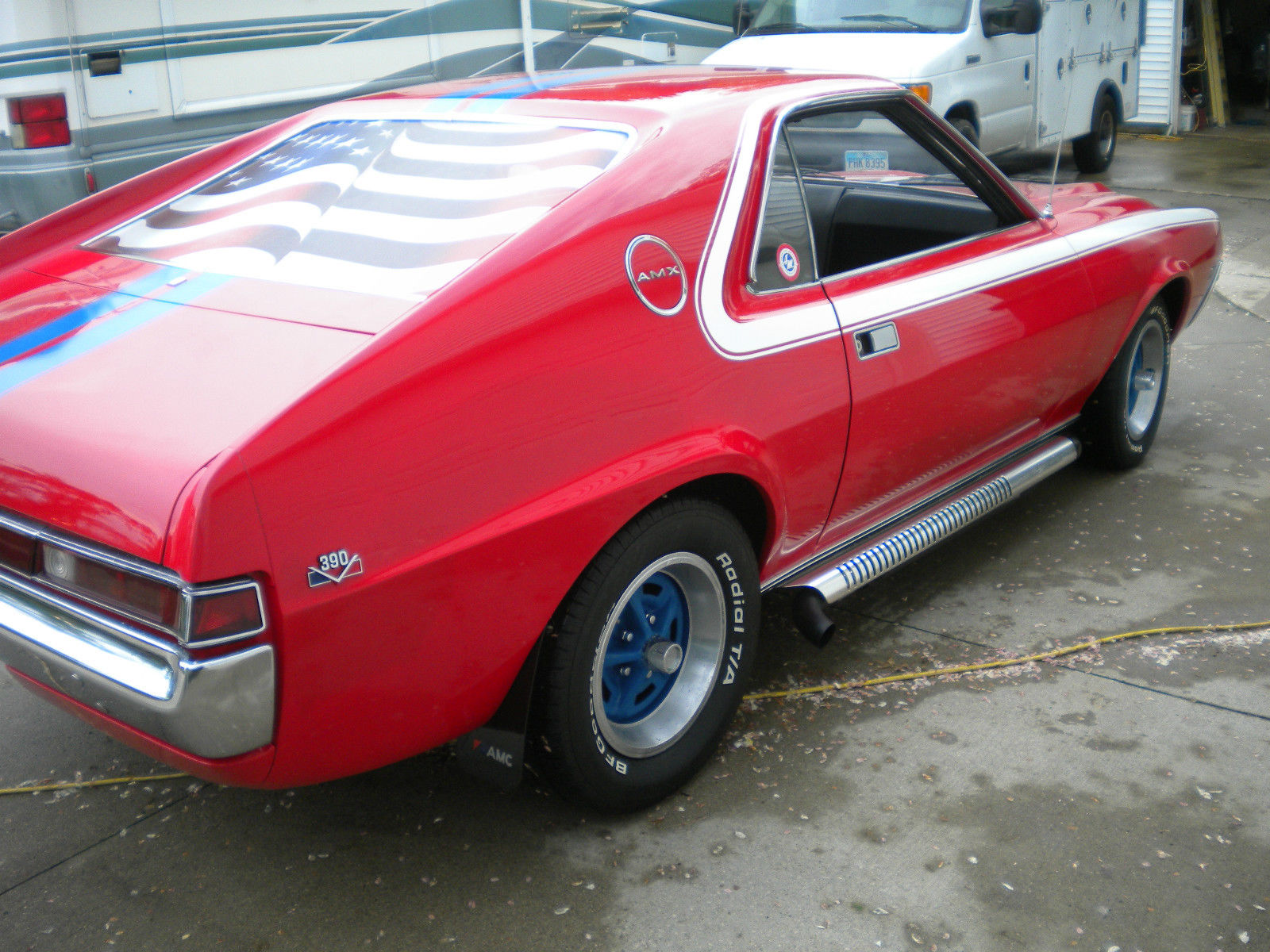