Tip from Matt C who writes: Its like the Allante of Nissans…Fwd: This is not the convertible Jerry wants. But chances are somebody else who reads DT does. It’s a bit porky and older than what Jerry wanted, but when was the last time you saw an Infiniti M30? Did anyone even see them when they were new? This was basically the non turbo 300ZX mechanical bits wearing bodywork that looks like a two door, drop top version of a 1989 Nissan Maxima. And I found a very clean one looking for convertibles I’d overlooked.  Find this 1991 Infiniti M30 offered for $5,950 near Atlanta, GA via craigslist. 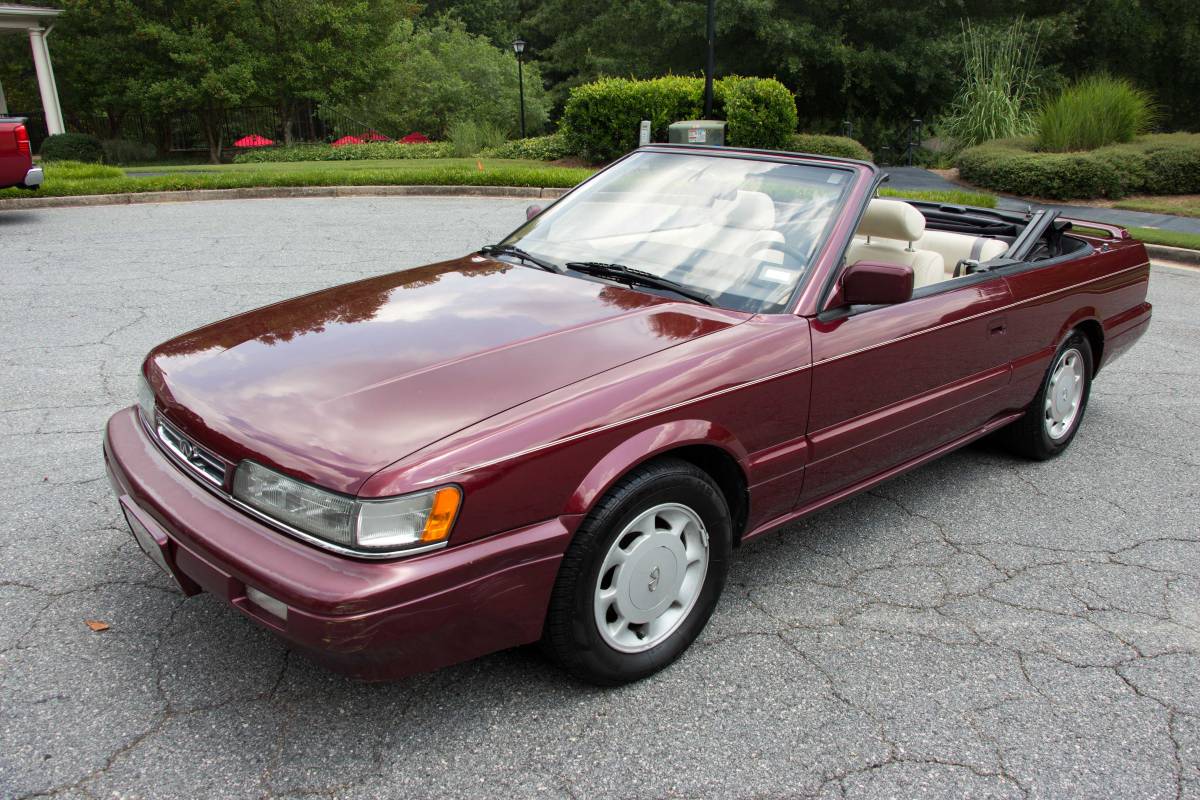 Drive it home today! This beautiful M30 has a rare engine inside – Nissan made very few of them. The exterior of the car is in great shape excluding the front left bumper with a few scratches. The interior looks great but does have some wear over the years. All in all, this car is in great shape! Call me for questions! 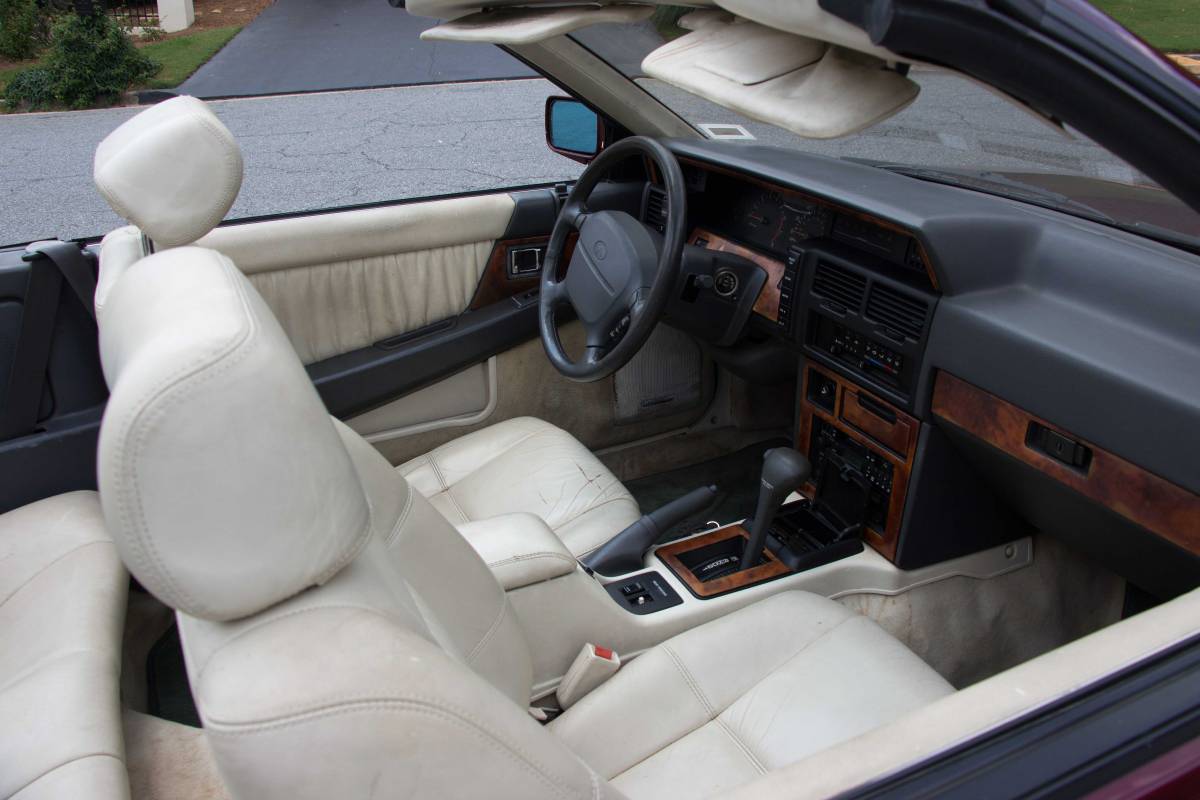 Gotta hit the wayback clock on these and recognize that its real competition was the also new Acura Legend. By giving it the 3.0 V6 it was off the shelf easy in the 2nd year of Infiniti offerings in the US. Infiniti and Lexus were both brand new iterations and they were having to figure out how to launch something that wouldn’t scavenge from Nissan/Toyota while trying to capture share from Acura, Mercedes. A couple of years earlier they took the older (85-86) Nissan Maxima and put the 4cyl in it, changed the bumpers and grille and called it the Stanza in ’87 while selling a slightly ‘smoothed version of the same car from ’87-’88 as the Maxima until the re-booted Maxima debuted in ’89. 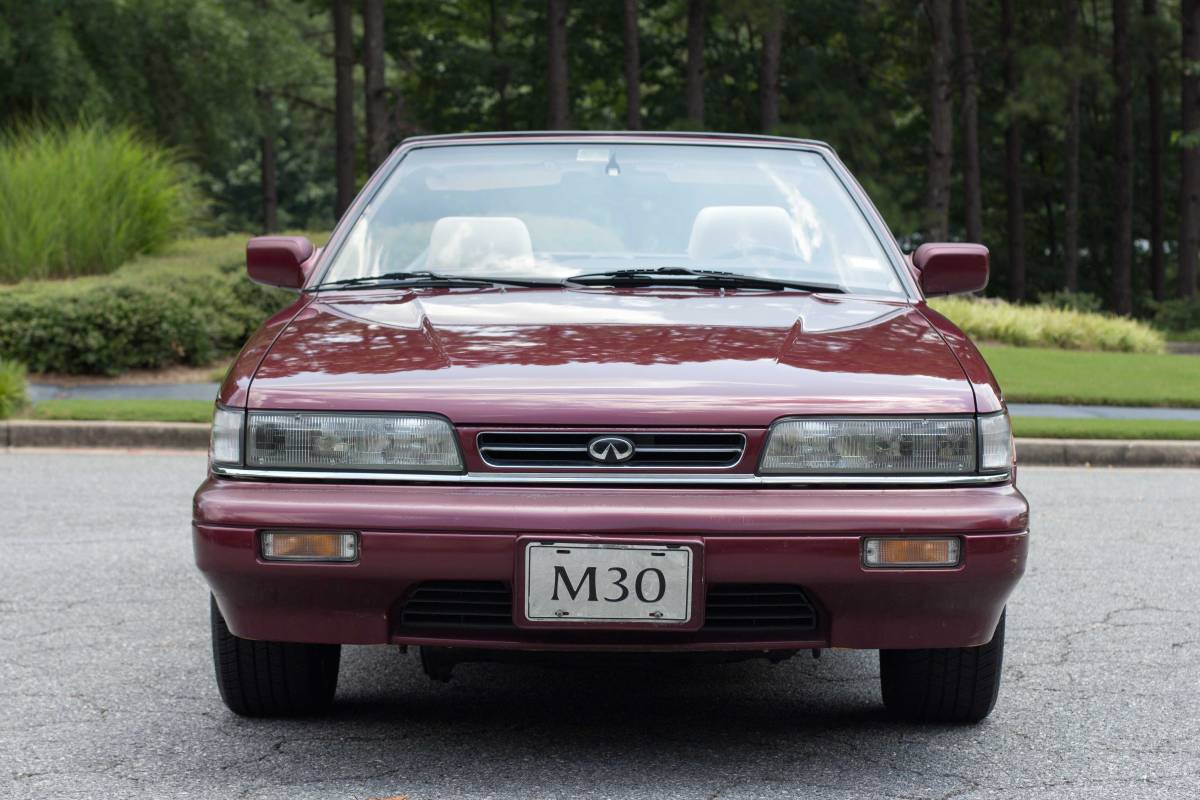