The R56 generation Mini Cooper was assembled from a variety of European parts in Oxfordshire, England and was about as English as Boutros Boutros-Ghali.  This next Mini started life as a standard (BMW designed and built) hatchback but was converted into a pickup truck for RedBull advertising purposes by California based Custom CRS.  Find this 2007 Mini Cooper offered for $6,500 in Rochester, NY via craigslist. 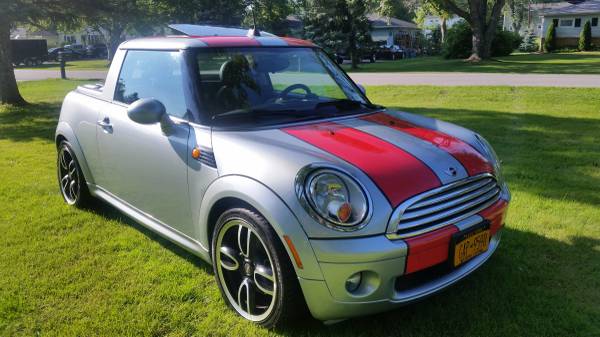 This is one of the many Mini Coopers that was outfitted with a missile-launcher sized can of Redbull energy drink and driven around by college kids attractive young girls trying to spread awareness of diabetes and arrhythmia.  And by awareness, I mean free cans of RedBull, which if you can get past the taste of liquefied SweetTarts will get you more amped up than a freegan who’s found a freshly loaded dumpster behind Buca di Beppo. 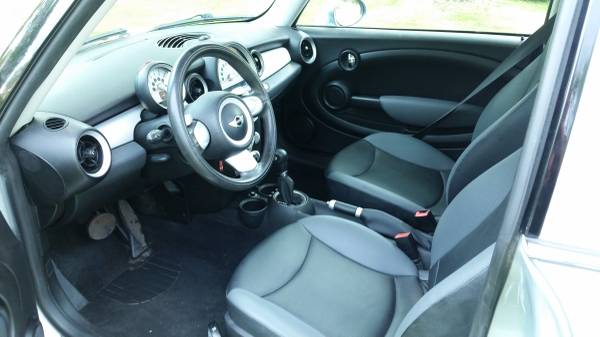 The Redbull promo cars were always equipped with the base non-turbo 1.6 liter 4-cylinder that made around 120 horsepower while mated to an automatic gearbox.  The Mini loses some of its zoom-zoom character with the auto box, but if you want an El Camino-ized version with a set of coolers in the back, you’ll need to deal with it. 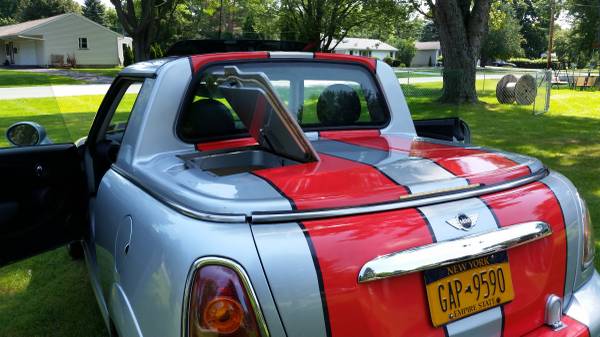 See another car equipped with storage for your beer? tips@dailyturismo.com