Interview by K2 Mystery Car with images from TC. In my recent post exploring the current market value of the 2000-2006 Honda Insight , there was a discussion of the value of buying a good used gasoline-powered Civic in comparison to the oddball hybrid. DT member carr9146 (aka TC) commented that he’d chosen to do exactly that. Here are his thoughts and experiences on the subject.

K2: Hi TC! Thanks for taking the time to share your experiences with your 2000 Honda Civic DL (EK) hatchback. Tell us a little about your car enthusiast self.

TC: My mother picked Carr as my middle name, so it starts there in Watkins Glen. She was an engineer at Westinghouse; the only female engineer in 1958, and my dad was with GMAC. My godfather was Competition Chairman at Watkins Glen, so I was at the track a lot as a pre-teen, hanging out with people like Mario Andretti, Jo Siffert and Graham Hill. I started racing go-carts at age 10 and still do.

K2: A true car enthusiast’s passion often starts with their first car; what did you have?

TC: I didn’t own a car until I was a senior in college, when I got a 1974 Volvo 144GL. I loved that car; it had light metallic blue paint, a black leather interior and a sunroof. I put a lot of hard miles on her but unfortunately, she didn’t fare well after my move to Florida; the sun destroyed the paint, it didn’t have air conditioning and the “Rusty” tin-worm started, so it was traded in. 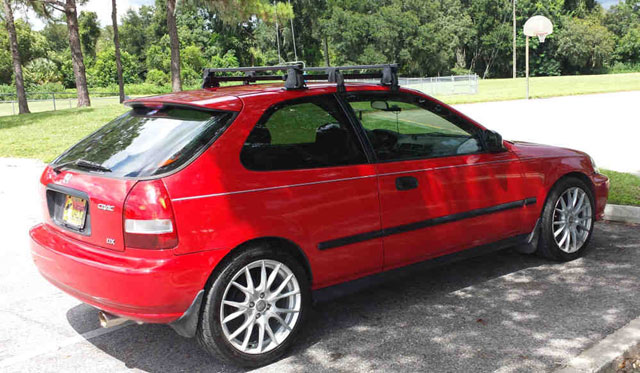 K2: Please give us a brief rundown of some of the cars you’ve owned over the years.

TC: At last count, I’ve owned 57 cars. I’ve owned three of those cars multiple times, including my Porsche 914/6. Most of the 57 were Porsches; 34 of them. Hondas would be the second most owned brand, as I’ve owned two S2000s, a Prelude, a Civic Si and four Civic hatchbacks, which were used as work vehicles. One I put over 300,000 miles on, only did oil changes and tires; never touched the motor or clutch. When I found my current hatchback, I jumped on it. I already had wheels, tires, a kayak and bike rack, a bra and even a trailer hitch for it. Not only is it clean, it has a full stainless exhaust that doesn’t sound ricey, has tinted windows and it came with a pair of doors off a Japanese DTM race series car.

K2: Very colorful! As a fellow Porsche owner, it makes perfect sense to me that you’ve not only maintained your love of that fantastic brand but also have a great appreciation for Honda. What do you do for a living?

TC: I work for a racing suspension company that specializes in parts for the Mustang and Camaro. I’ve also worked as a racing instructor for over 25 years and have personally done a lot of racing, in Open Wheel, showroom Stock, Porsche Club, ChumpCar and Pro-Kart. My next race is the 14 Hours of Sebring ChumpCar in September in a BMW for a great cause, Kids Racing for Life. 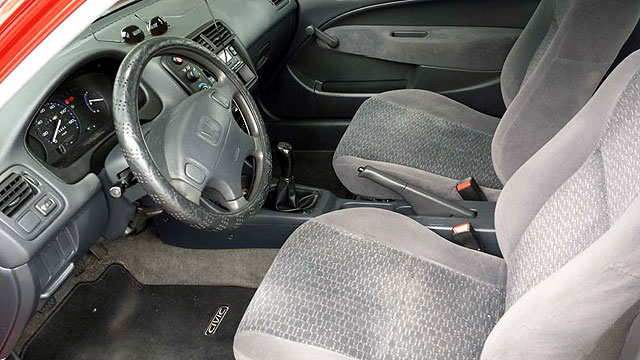 K2: Do you still live in The Sunshine State? Do you have family there?

TC: I’ve lived in Tampa for 30 years and my son just got married; he and his bride moved to Tacoma.

K2: Congratulations! That’s fantastic news about your son. Is there any rust on your Civic, what do you like best about it, what’s the worst part and what would you like to improve on it?

TC: No rust on the Civic; which received the Ziebart treatment. I didn’t even know that still existed, ha ha! Then I brought it to Florida, so rust hasn’t been an issue. The best thing about this car is that they’re a fantastic value, get great gas mileage (27/33 mpg) and handle well. The worst part is the ricer image but that’s about it. I’d like a little more horsepower, but then who doesn’t.

K2: Why did you pick your car over the Honda Insight and would you consider reversing that decision?

TC: Regarding a comparison between gasoline versus hybrid, I’m concerned about long-term battery replacement costs. Also, I really enjoy the interior volume of the Civic hatchback; I can get a 2’ by 6’ by 10’ object inside, with the hatch closed. Reverse my decision? Not a chance! You’d have to give me an Insight and let me keep my Civic as a backup. 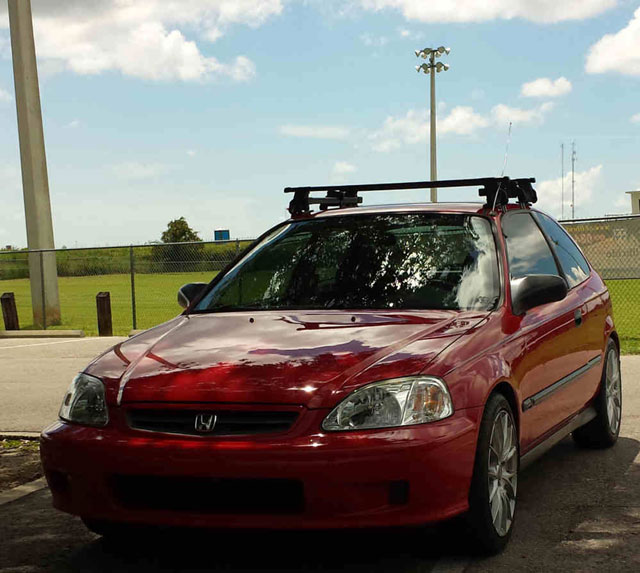 K2: Fabulous! Thanks for taking the time to tell us about your car, TC. Is there anything else you’d like to add in closing?

TC: I think you got it! Hope your ratings don’t go down with this interview, LOL!

So what do you think; are you ready to give a used hybrid a try or would you prefer to stick with the tried and true, like TC? Put your floppy caramel-colored comment cap on and let us know!  Send us your reader ride submissions here: tips@dailyturismo.com