Today’s reader ride requires a slightly larger parking spot than the average Saturn…in fact, it needs roughly the orbit of Saturn to do a U-turn.  Parking and maneuverability issues didn’t stop 8 recent college graduates from building an old school bus into the SerendipitiBus–something they could drive 8,000 miles and visit 22 states on what must be, so far, the trip of their young lives. The journey is over and now the guys and gals are selling their custom 1995 Carpenter School Bus; find it here on eBay 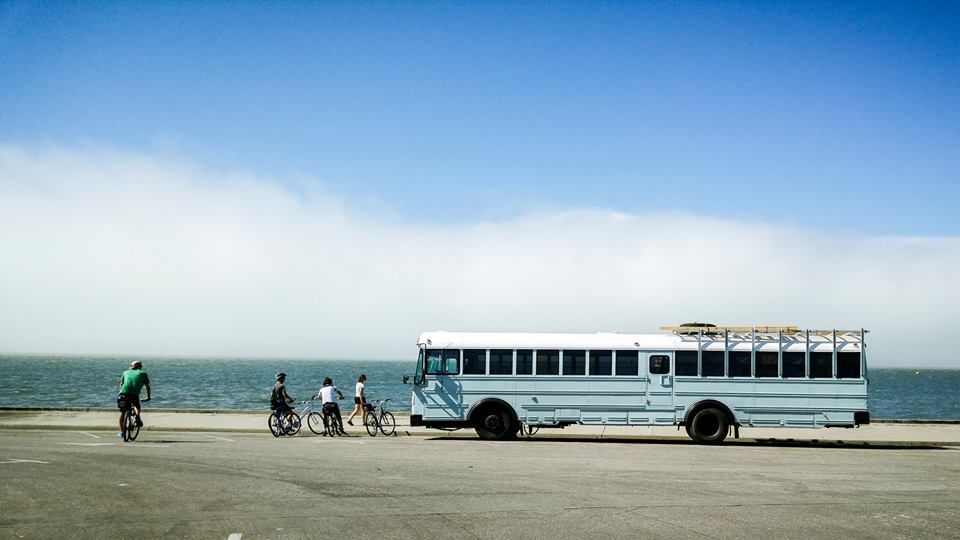 We had a chance to chat with Nick and he gave us some insight on this converted school bus: 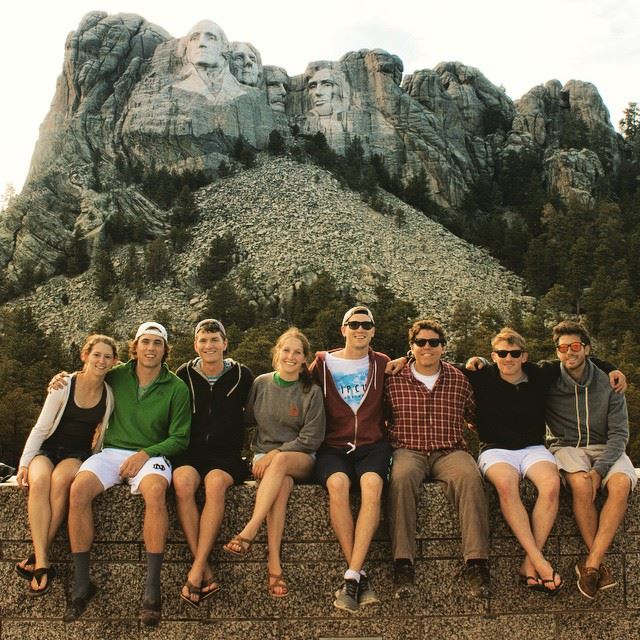 One of our buddies threw out
the idea and we all got extremely excited. The idea of getting to travel
the country affordably with a bunch of our good friends was extremely
appealing but the build ended up being just as much of an adventure.

Traveling the country, seeing all the national parks, cool cities, and small towns America has to offer. 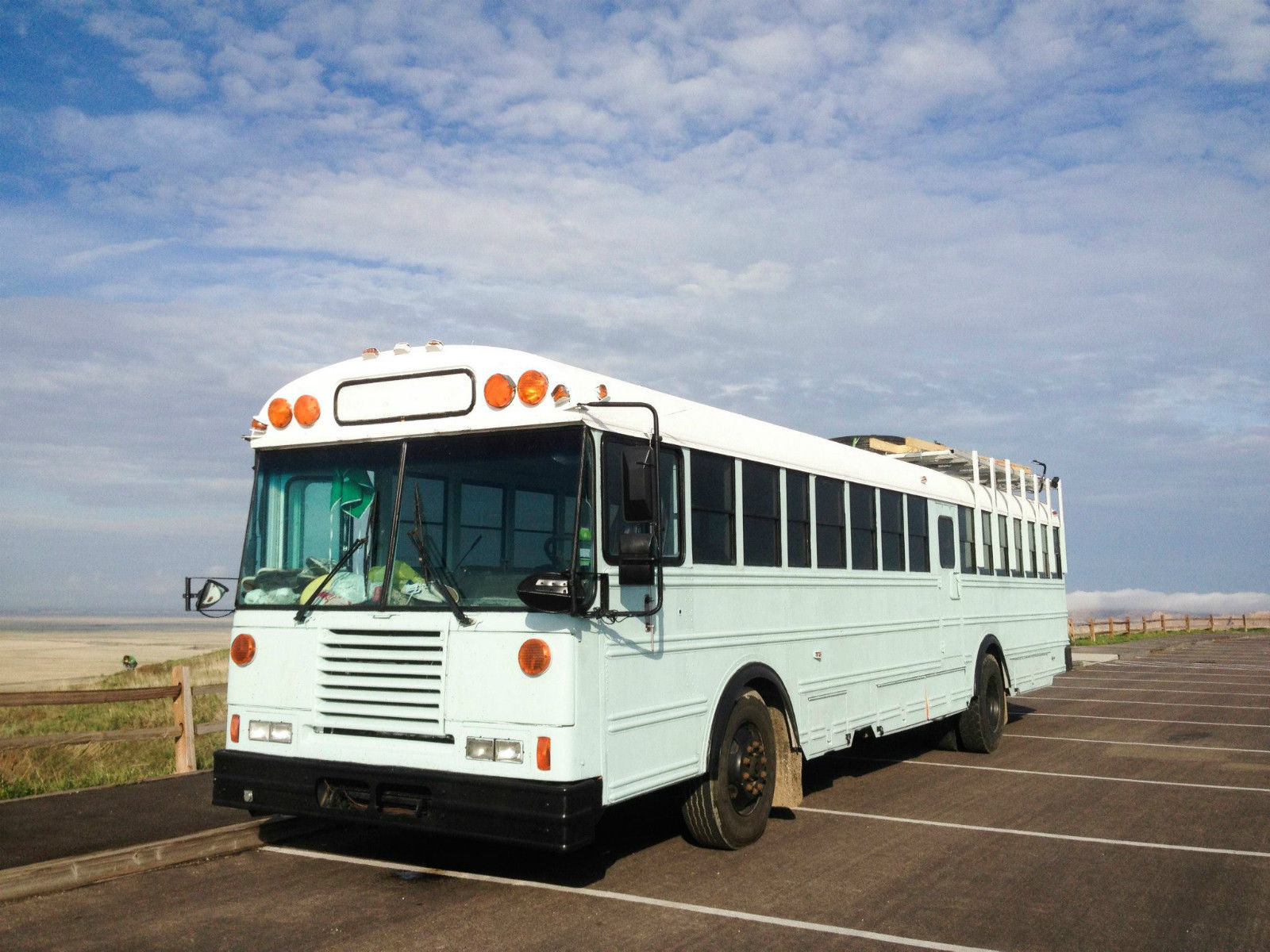 Modified
(obviously haha) (DT – see a really well done imgur album describing the build here). Put an entire new interior in with beds for eight, a
kitchen, 21′ of couch space, and even a roof deck.

Probably
the day the transmission broke down in South Dakota. It had been a long
day – we had been up at 430am for sunrise in the Badlands and during
the hike two of us were having some issues with the bus. We drive it to
the closest shop (40 miles away), got it all patched up and were on our
way 6 hours later. We then went to Mount Rushmore and Crazyhorse and I
passed out at midnight thinking everything was AOK. A couple hours later
my girlfriend (another rider) woke me up and said the “bus wasn’t
working.” After seven months of reno it’s not what I wanted to hear but I
figured it was minor like the issue earlier in the day. 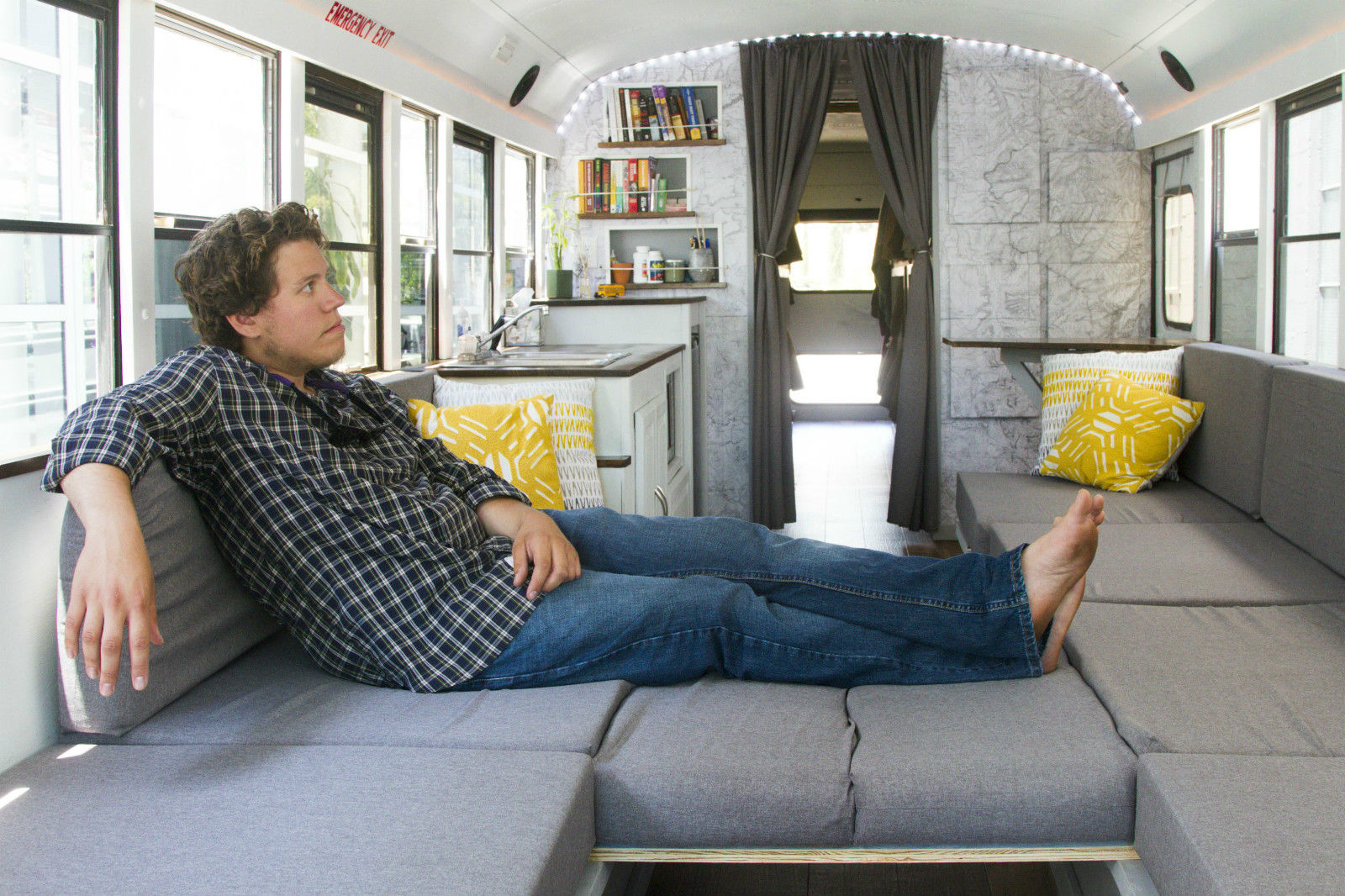 It was dark and we were in the middle of the road in
Deadwood, SD. We tried to give it gas and the thing wouldn’t budge. We
were on a little bit of a hill so we were actually able to push it off
the road, right until it hit the small dip in the shoulder. We were
stuck and every 10 minutes a creepy old trolly would drive by, yet never
stopped or asked if we needed help. Very strange. Finally a big truck
pulled over and was extremely helpful. Next thing I knew two of us were
in the back of his truck with his girlfriend (a butcher that we
discovered lived in a crematorium) heading to the only gas station open
(20 min away) for transmission fluid. Fortunately we survived, he towed
us into the casino parking lot down the street (the source of the
trolly) but the engine still wouldn’t start. We were able to use our
insurance to get a tow the next morning and low and behold the
transmission was completely gone. Somehow we managed to keep our spirits
high despite the bill being much higher than we expected and after a
week waiting for it to get repaired, we were on our way with a new
transmission AND one year warranty. 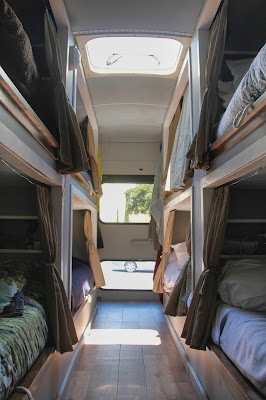 The memories, the amount of work put into it, and the uniqueness of the vehicle. 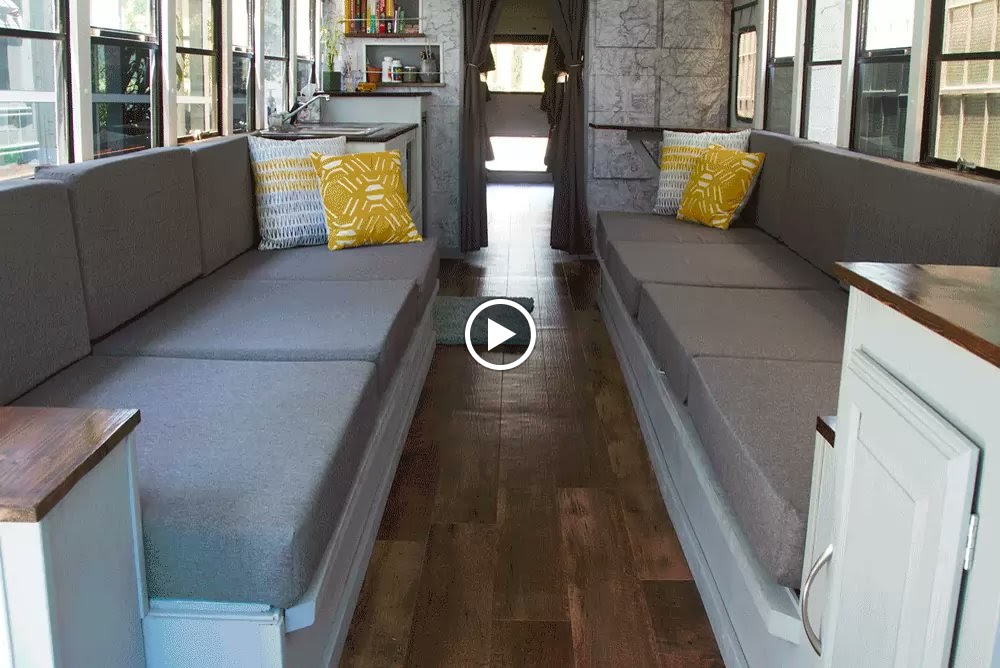 Yes, unfortunately as recently graduated grad students who had cover tuition with scholarships and loans, this project emptied our bank accounts so we are being forced to sell her. Hopefully to a great new home that’s equally as into the bus as we are.

DT– Looks like the trip of a lifetime and a great little RV for someone considering a mobile lifestyle.  Maybe Jim Gaffigan needs something for his growing family?