Time for another edition of DT’s Reader Ride
feature, also known as a festival of fuel, fire and Fieros!  It might be my imagination, but these cars keep getting nicer!  This next feature comes
from reader Todd who not only provided us with photos and formatted text, but also put it on his own website to make it easy.  Whatta fellow!  Oh, did I mention the car is everything you’d ever want in a classic Mini? 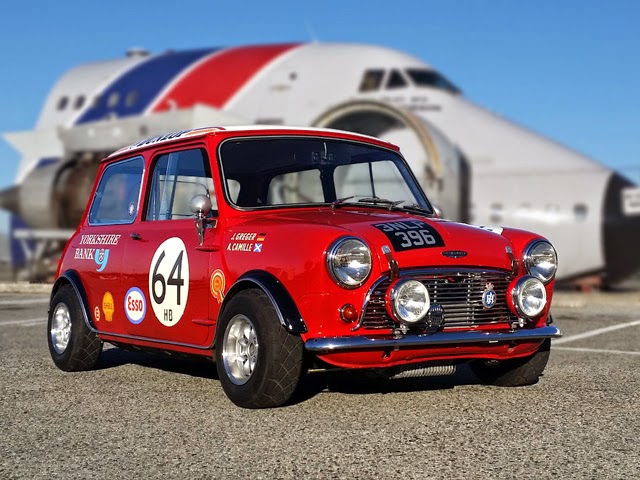 After searching for a year I bought it incomplete after smelling blood
in the water from the previous owner who was getting wiped out on the
restoration. He had completed bare shell body and paint and some
assembly. So then the rest wiped me out. 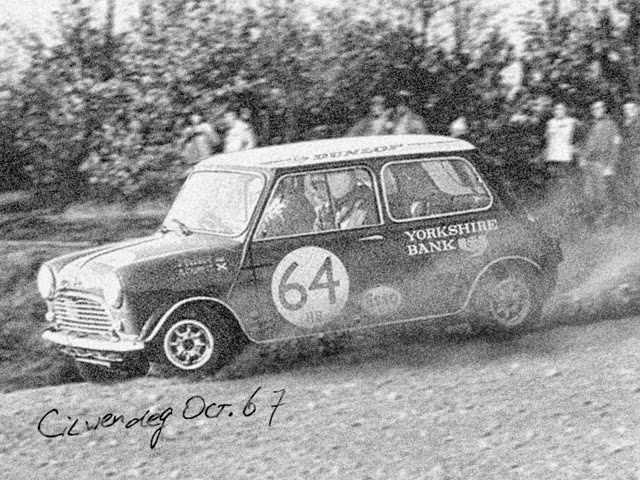 According to the Heritage certificate the car was rallied in Wales in
the sixties and they sent this old photo. We don’t know the owner’s
names, just that it was rallied by someone in the Wakefield &
District Motorsport Club. Since you can’t make out the driver names in
the photo I just used my kids’ first initial and middle names on the
fender.

For you rally buffs, it competed in:

No info on how it placed though. It likely would have had the original
tiny 997 engine and terrible 7″ brakes at that time as all the non-S
cars had. “Cooper” is a trim level designation, so it had the same
interior trim as the S cars, but not the better brakes, engine, dual
tanks and other smaller upgrades. These have been done since. 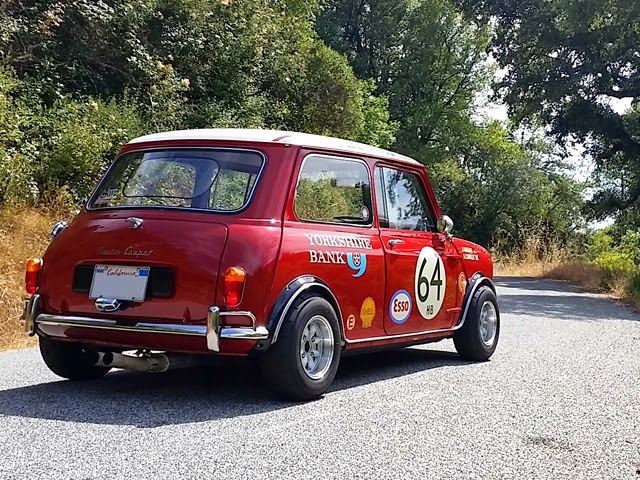 It’s my DD with the express goal of causing traumatic PTSD to Prius
drivers. The big mystery is never having been pulled over; it must be
the small size because I should be in a dungeon by now. On the freeway
you have to be careful not to sneeze with 10-inch wheels and an 11-inch
steering wheel. 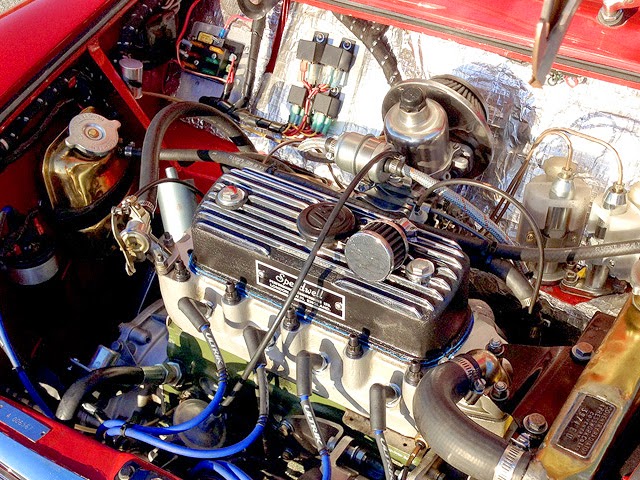 The engine is a super-torquey new build from Minimania. In mini
parlance you actually call it a Power Unit because the tranny is
underneath the crank inside what amounts to a deep sump. Sprites and
other A-Series engine cars that were not transverse had a conventional
longitudinal tranny and bell housing. 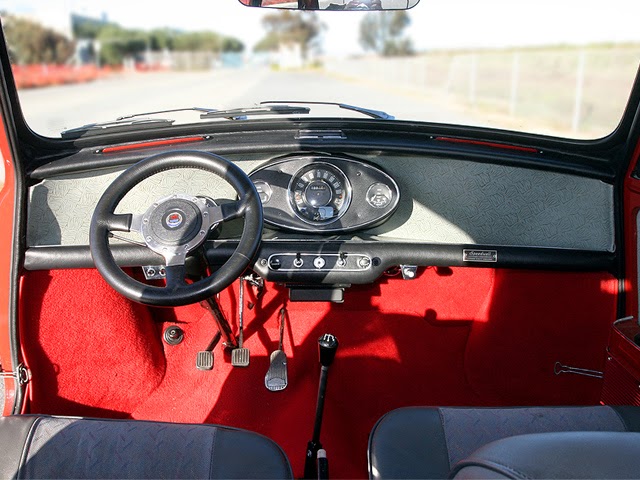 The interior has a whopping three switches – for lights, wipers and
heater blower. The wipers do not come with a return switch, meaning
when you turn them off they just stop in the middle of the windshield
where you turned off the switch. After some practice you can time it
right though. 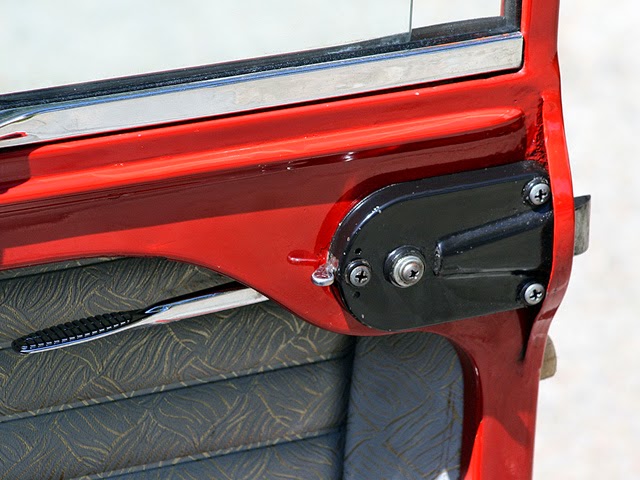 The door latches are a simple lever by your shoulder. It was a popular
option to rig a cable from the lever towards the front of the door and
to get out you pull it down just like on a bus when you want to get off.
There are no inner door or interior panels – just vinyl decorative
inserts pushed up against the outside sheet metal. Chassis mods are as much as you can do without spending astronomical
sums at British race mini builders making titanium subframes and carbon
shells. Minis are a very popular race class in England, with debtor’s
prisons conveniently located by the tracks.

Minis grip so hard it is not uncommon to roll over even on flat
autocross courses. And the brakes are almost unbeatable – the small
wheel diameter means that even a tiny 7.5″ disk has very powerful
leverage. Being so nose-heavy some race drivers even disconnect the
rear drums that do very little except lock up. With a 1360-lb empty
weight you will stop like a brick wall, and better check your mirror for
Priuses behind you. 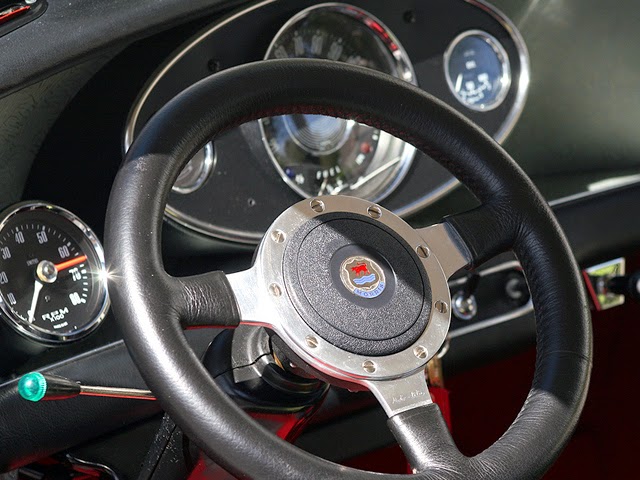 Minis don’t have springs. They use a rubber cone about the size of a
softball that the suspension arms squish like a spring. These work
surprisingly well but after several years they start to flatten out and
the ride is like a tiny little motorboat going up and down on the waves.
Don’t eat a big breakfast. 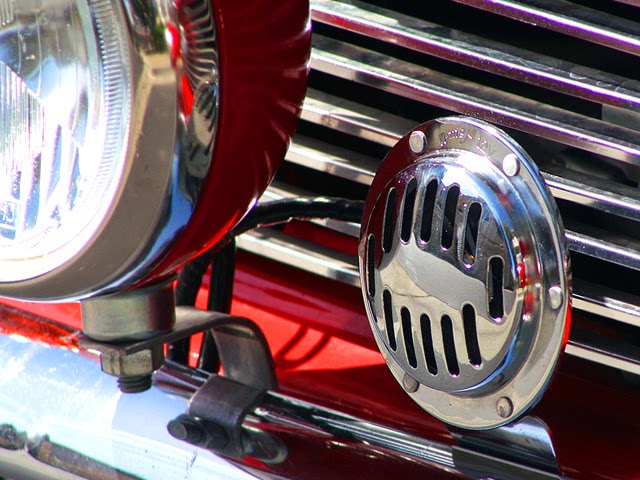 The horn is a Vespa unit that many export cars got – the same as the
motor scooters. Trouble is that you turn it on by grounding it with the
horn button on the wheel. So when it rains the ground wire decides to
party and you get some nasty looks. Except from the Prius drivers,
since reacting would require them to be conscious. 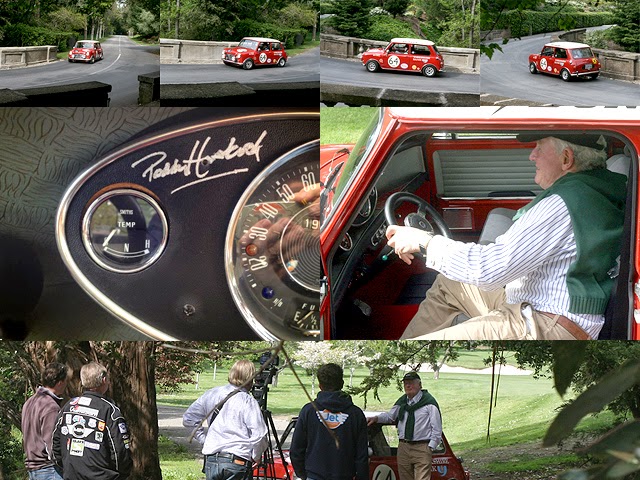 When Paddy Hopkirk drove it for his 50th jubilee. Hopkirk won the 1964
Monte Carlo that put the mini on the map and was a top rally driver
through the 60s and 70s. He was in California for a documentary for Jet
Motors and drove it around the country club while the local Mini guys
were snapping pics and losing their minds. We were amazed at what a
gracious gentleman he is. People brought shift boots, glovebox lids etc
for him to sign, and he went over and signed my dash and sun visor.
Most satisfying was when he swatted me in the head with a rolled up
magazine when I asked if he was comfortable driving a manual. There
will always be an England. 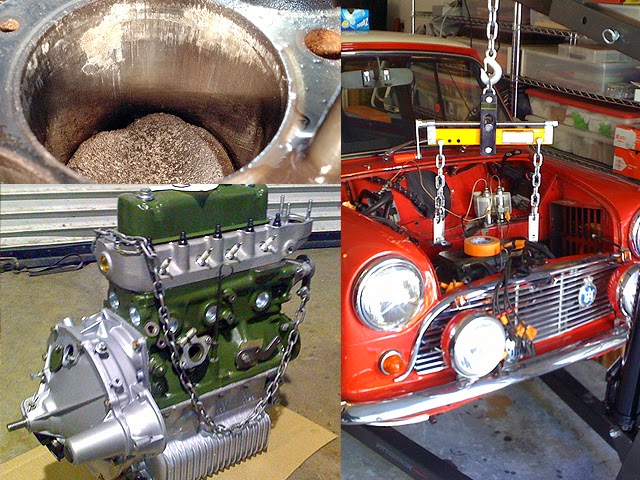 Completely detonating the old engine north of the golden gate bridge.
Every time my entire family of four gets in something bad happens. I
couldn’t hear the pinging and when it finally stopped I saw the coolant
bubbling out of the head and thought hey it’s just the head gasket.
While waiting 4 hours for AAA I got to bond with the Homeland Security
guys patrolling the bridge and learned what they look for – and how many
attempts there have been on the bridge we haven’t heard about. 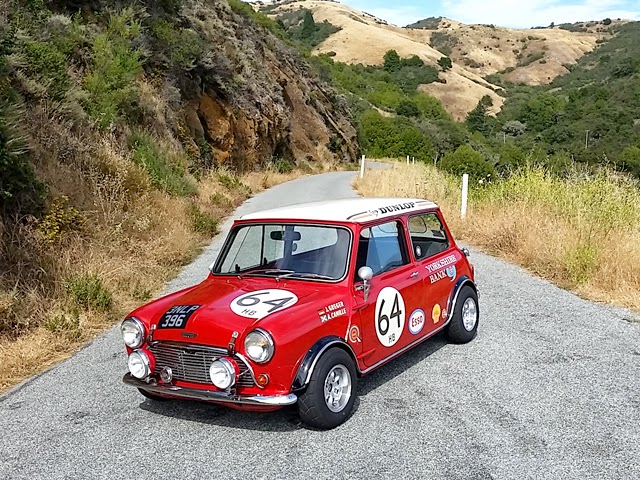 Then just last month I was rear-ended in SF with the whole family inside
while stopped at a light. At least the hipster kid apologized
profusely with the excuse that he was texting his girlfriend. So hey,
it wasn’t really his fault. I got a whole new rear end out of the deal. 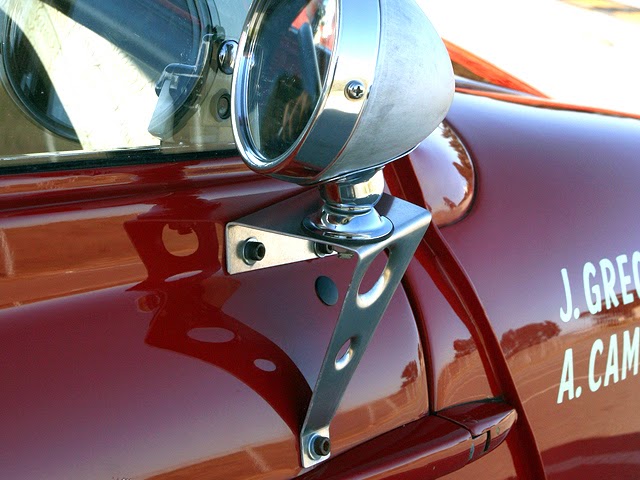 The reason I want to keep owning it is that most everything has been fixed. Great, I just jinxed myself.

I will sell it – after my ashes have been spread inside. Perhaps mixed in with the undercoating. 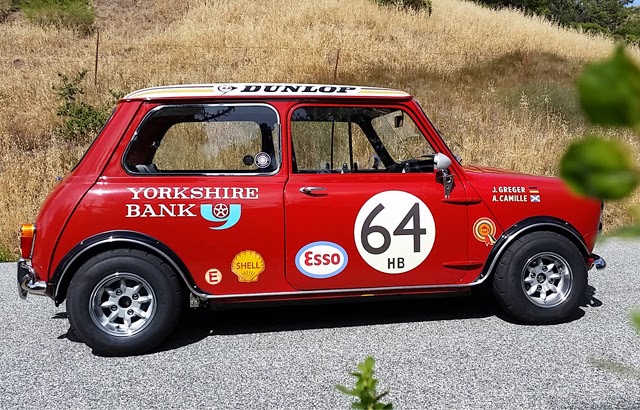 DT: What a car!!  It looks ready for a vintage rally, Targa California, La Carrera Panamericana, or just daily driving duties.  Fantastic car for sure!