It has been a while since we’ve had an edition of DT’s Reader Ride
feature, also known as a festival of funk, fungus and Fiestas!  Regular contributor Gianni noticed the pause in Reader Ride features, and he was nice enough to send us some details on his (NA generation) MX-5 Miata. 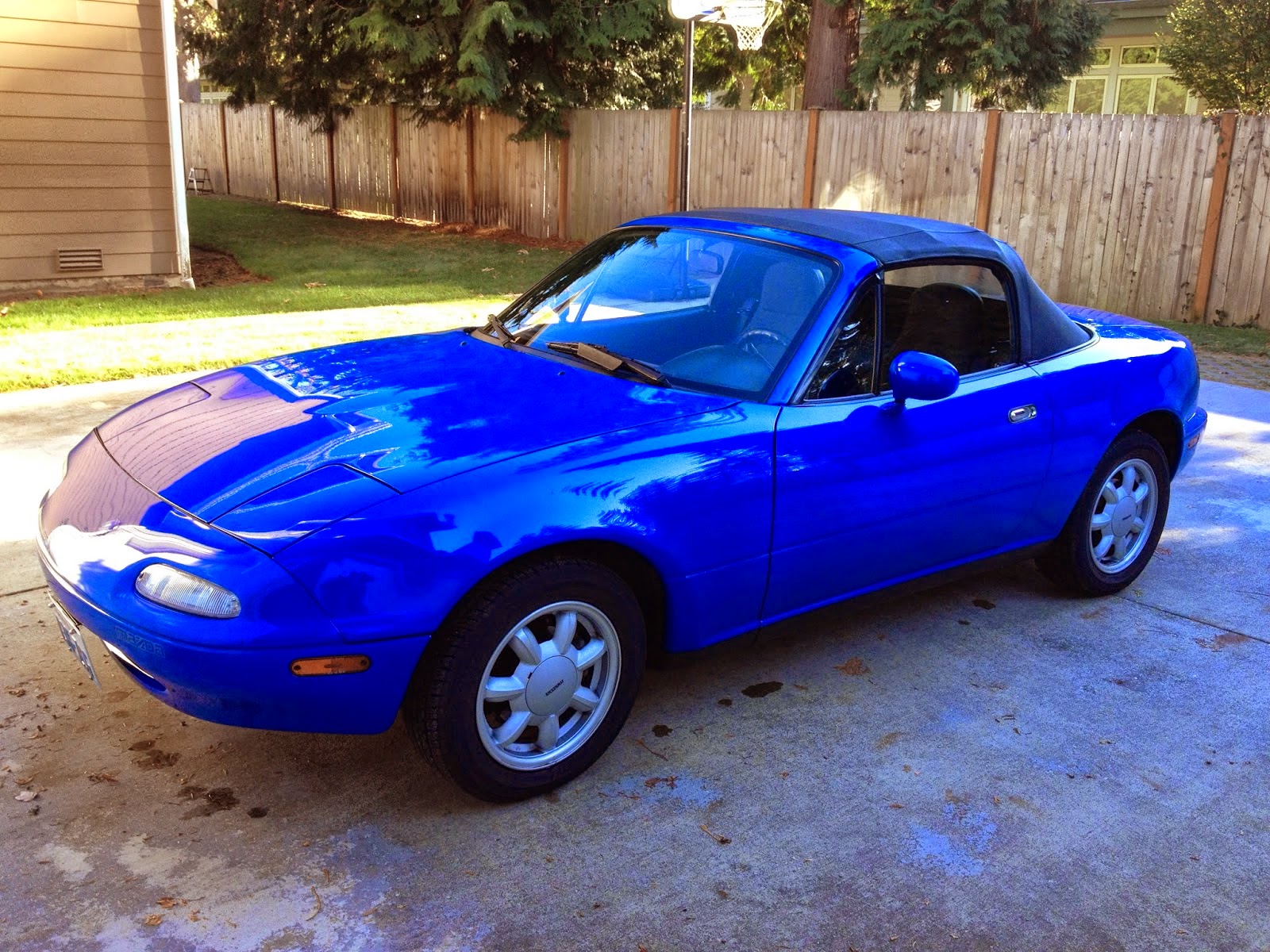 Year / Make / Model / Trim ?
1991 Mazda Miata in A package trim. One step up from the base model with alloy wheels and power steering, but still has manual, roll up windows. Optional AC (doesn’t work – just needs a recharge)

How long have you owned it?
6 months.

Why did you buy it?
Sold White Rabbit (http://www.dailyturismo.com/2014/06/reader-ride-follow-white-rabbit.html) to move on to another car on the bucket list. I couldn’t afford one of these when they were new in ‘89, so I wanted to sample a stock one. Also it had been about 20 years since I owned a convertible. This one had 46k on the clock, two long term owners and the original top – so it spent most of its time indoors, but was driven enough that it didn’t have non-use issues.

What do you use it for (commute, fun, racing…etc)?
Fun, drive it work every so often, my 17 year old drives it some. He wants to autocross it. 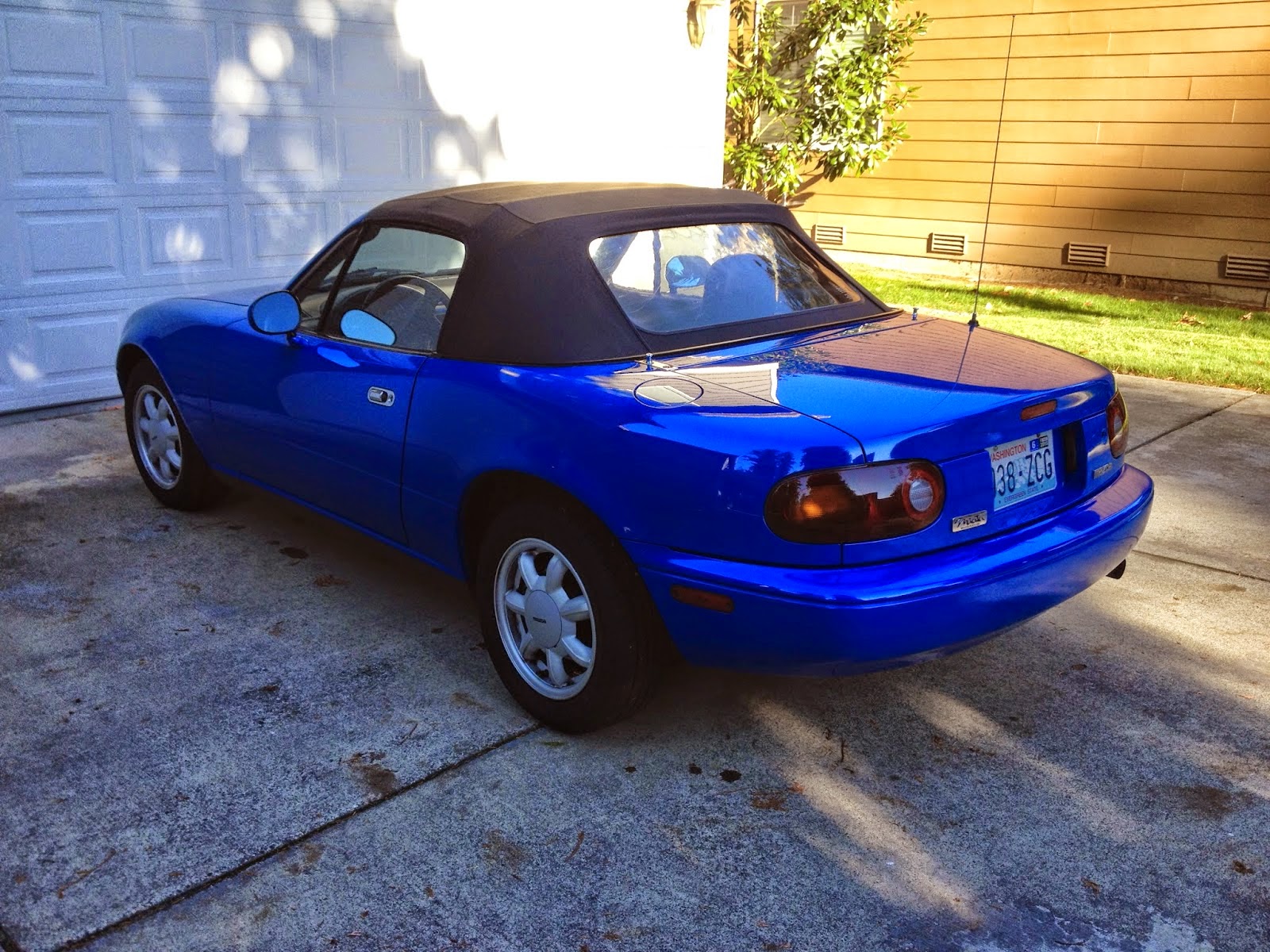 Is it stock or modified? If modified, please list some modifications.
Stock, other than the dreaded previous owner replaced the stock airbox with a Jackson Racing “high flow” intake. I don’t think it adds any hp, but it does make a nice twin cam intake sound. I think I may have to switch back to stock if we start autocrossing. It will probably bump us out of the stock class in into prepared, where we won’t be remotely competitive.

What was the most memorable day in your car (proposed to wife, 3rd child born in back seat…etc)?
Driving it home and almost being flattened by a Suburban. Added air horns soon after.

What was the most catastrophic failure of parts/components?
The dreaded previous owner added a secret kill switch to disable the fuel pump. He used crimp on connectors and a little too much enthusiasm, causing an intermittent connection. It took a while to diagnose random no starts until I narrowed it down to the switch. Eliminating it solved the problem and got us to the expected level of Miata reliability. 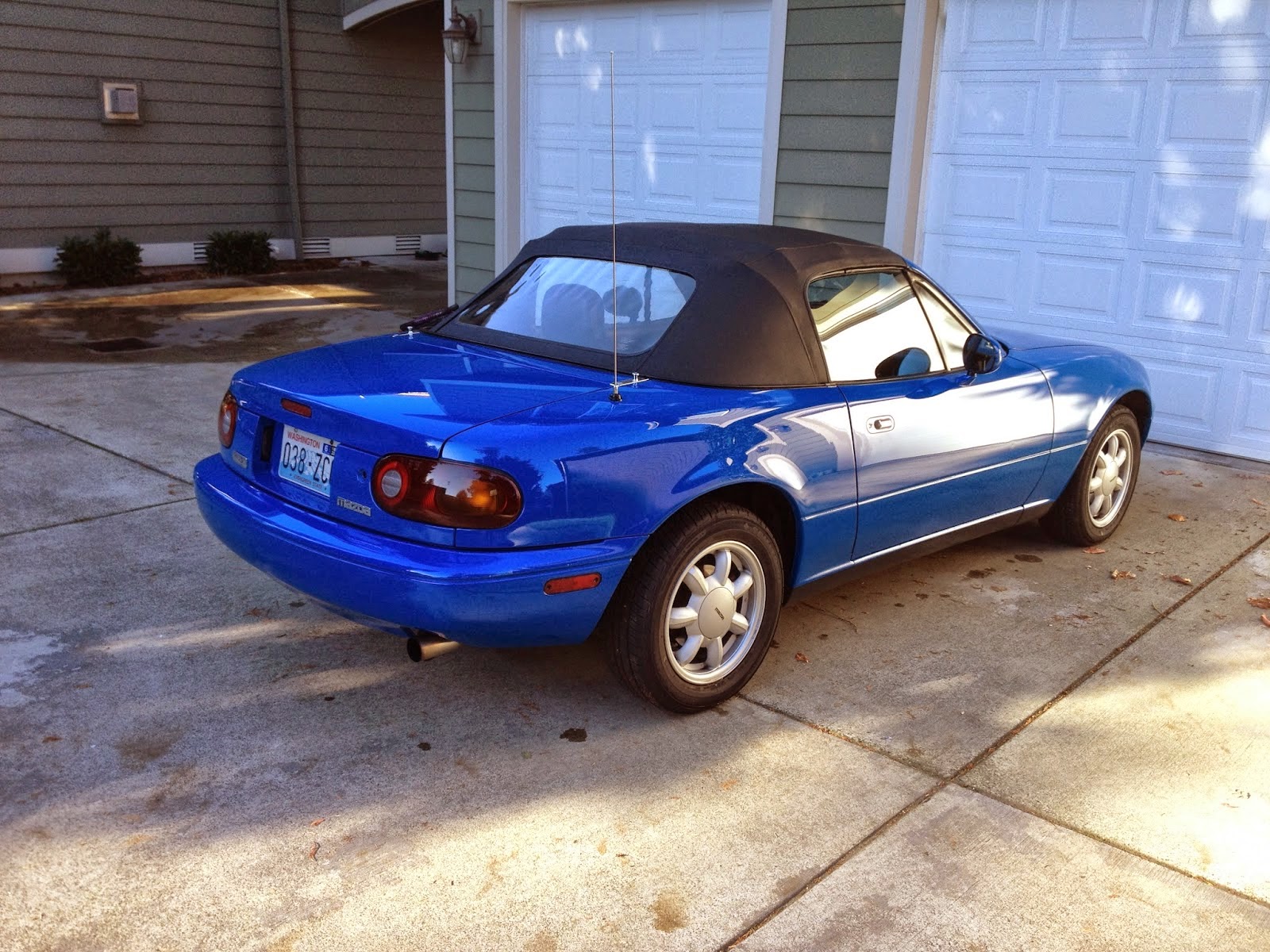 What makes you want to keep owning this car?
Top comes off and the Alfa it shares the garage with doesn’t seem to be jealous of it like it was of the GTI and all the attention the GTI got.

Will you ever sell it?
Probably at some point it will be time to move onto the next car on the bucket list, but not for the near term.

A couple of pictures here, and some videos Gianni took of his 17 year old doing the Tire Rack Street Survival Skills school back in November: