The Renault R8 (later simply called the 8) was a rear-engine rear-drive small people carrier produced in France from 1962 through 1973.  It shared its architecture and many components with the Dauphine (the successor to the 4CV), but featured radical boxy styling penned by Philippe Charbonneaux.  You won’t see one on the road anytime soon, but they make for an interesting inexpensive classic.  Find this 1963 Renault R8 offered for $1200 in Rio Rancho, NM via craigslist.  Tip from John. 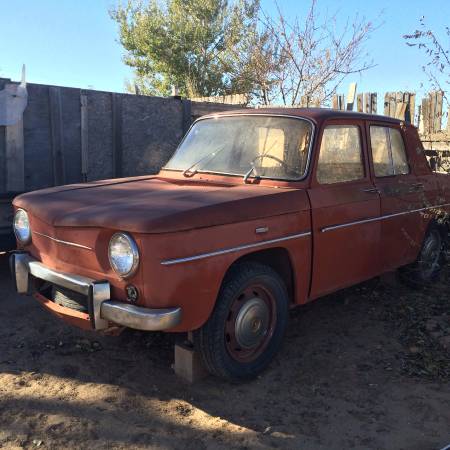 I really need to get a social life…why am I looking for forgotten
French cars on New Years Eve.  Self pity aside, I’m sure I’d have tons
of new friends once I told everyone I had a rare, rear-engined European
car…I just couldn’t let them see it.

I can only imagine that his TV was quietly playing When Harry Met Sally in the background as he tried look for sellers who posted with alternate spellings for Renault.  Renault.  Renot.  You’re the worst kind; you’re high maintenance but you think you’re low maintenance. 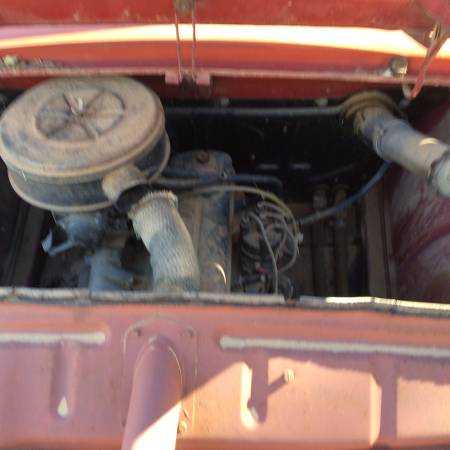 This R8 is powered by a 1.1 liter inline-4 cylinder engine that put out
43 horsepower and 55 ft-lbs of torque when it left the factory. This one will need some work before it is back to its original glory. 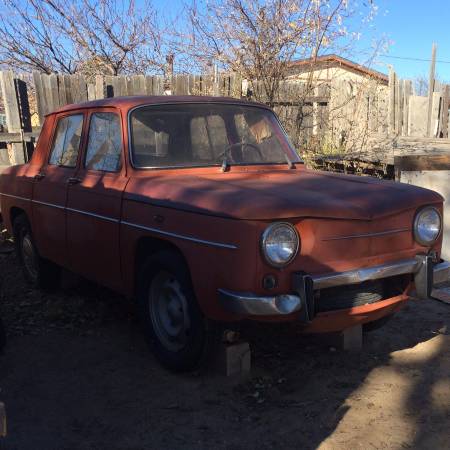 See a better deal for a car on blocks? tips@dailyturismo.com