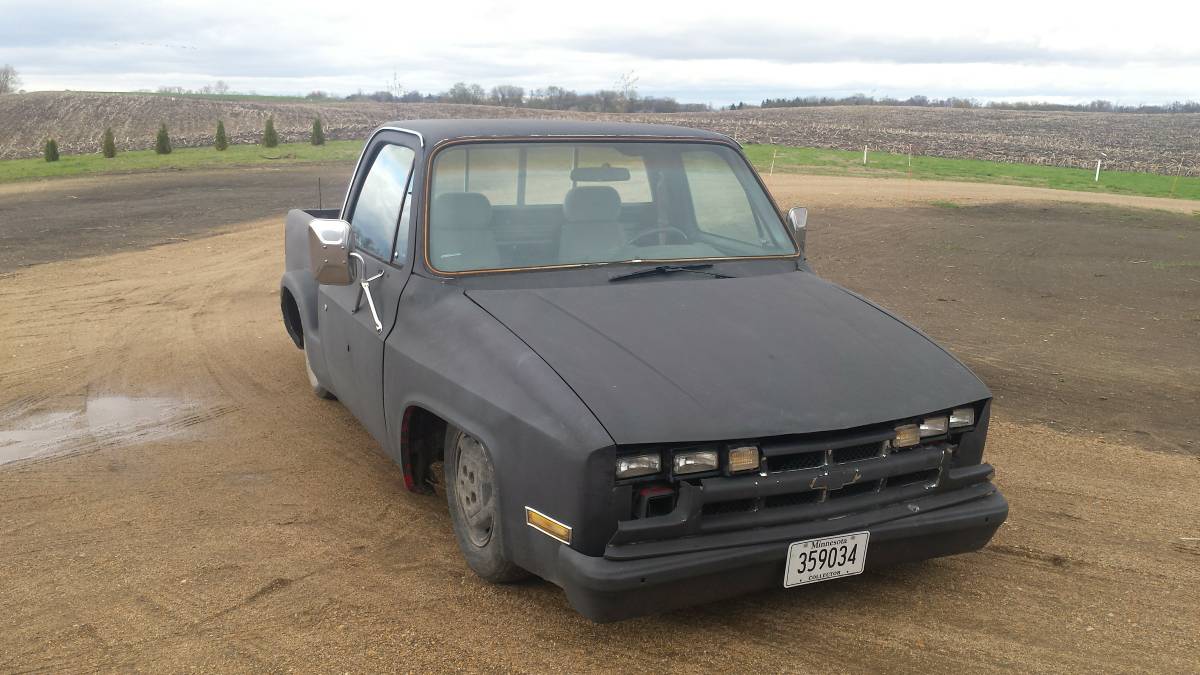 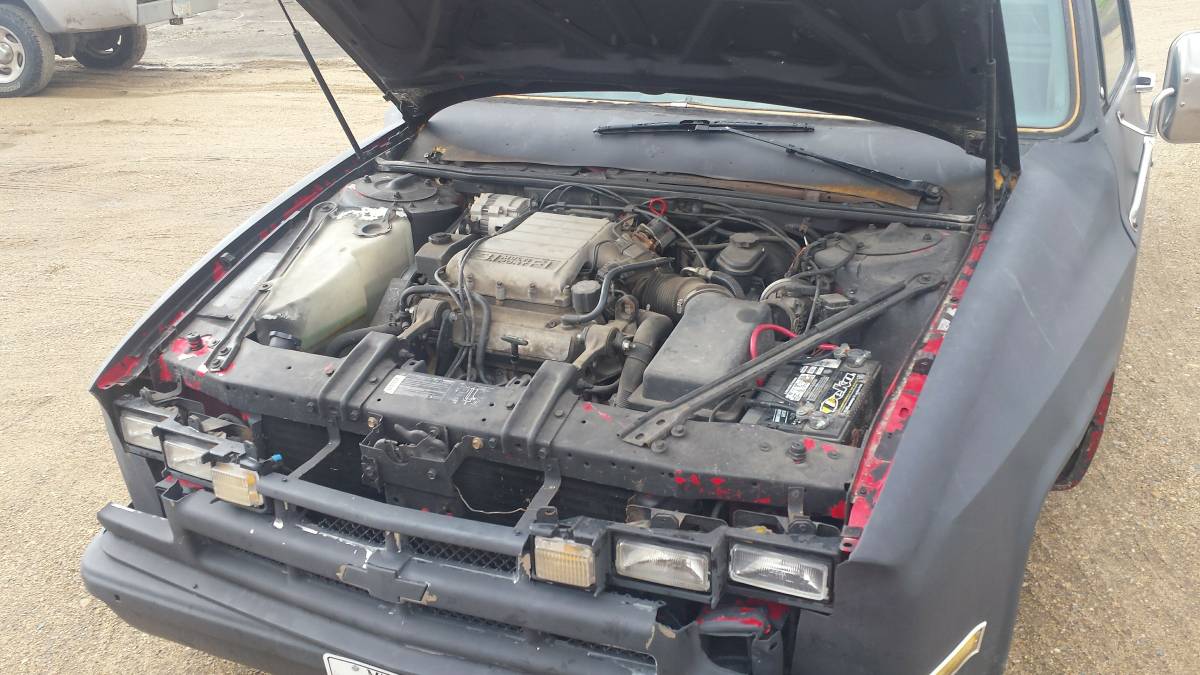 Under the hood is where I get REALLY confused — that appears to be a transverse mounted V6 — last I checked all of the plus sized (any sized now that I think about it) Chevy/GMC trucks from ANY era used a conventional longitudinal setup…so I wonder why this would have a Gen I GM 60-degree V6 in transverse setup like you’d see in a Chevy Celebrity….what? 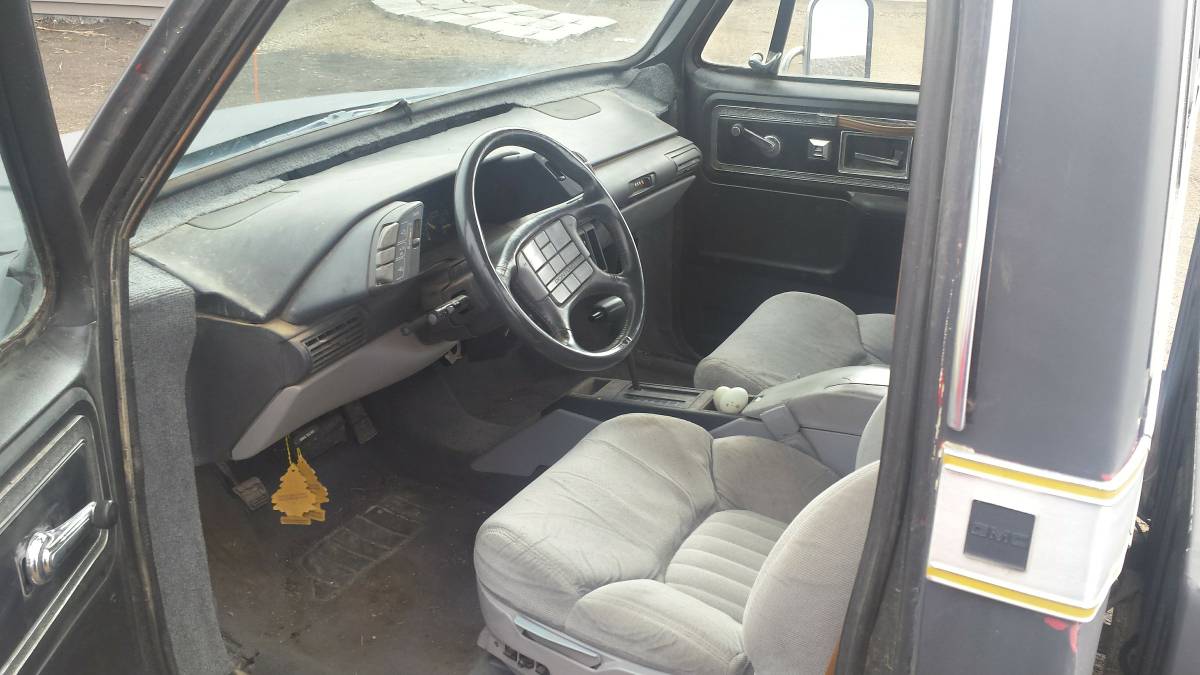 The parts on the interior don’t help the situation much — is that a steering wheel from a 1989 Pontiac 6000?? At least it has TWO air fresheners.