The first generation Mustang was released in April 1964 as early 1965 model year cars that owners have dubbed the ’64 1/2 Mustang. However, this next feature is more accurately described as 1/2 a ’64 Mustang.  Find this 1964.5 Ford Mustang Truck  here on eBay offered for $2,700 buy-it-now or make-offer, located in Grafton, WI. The Truckstang started out was a Donald Frey designed Mustang coupe (aka notchback) but the rear glass, trunk-lid, rear seat, and connecting sheet metal are all gone — in common parlance, this Mustang has gone full El Camino. 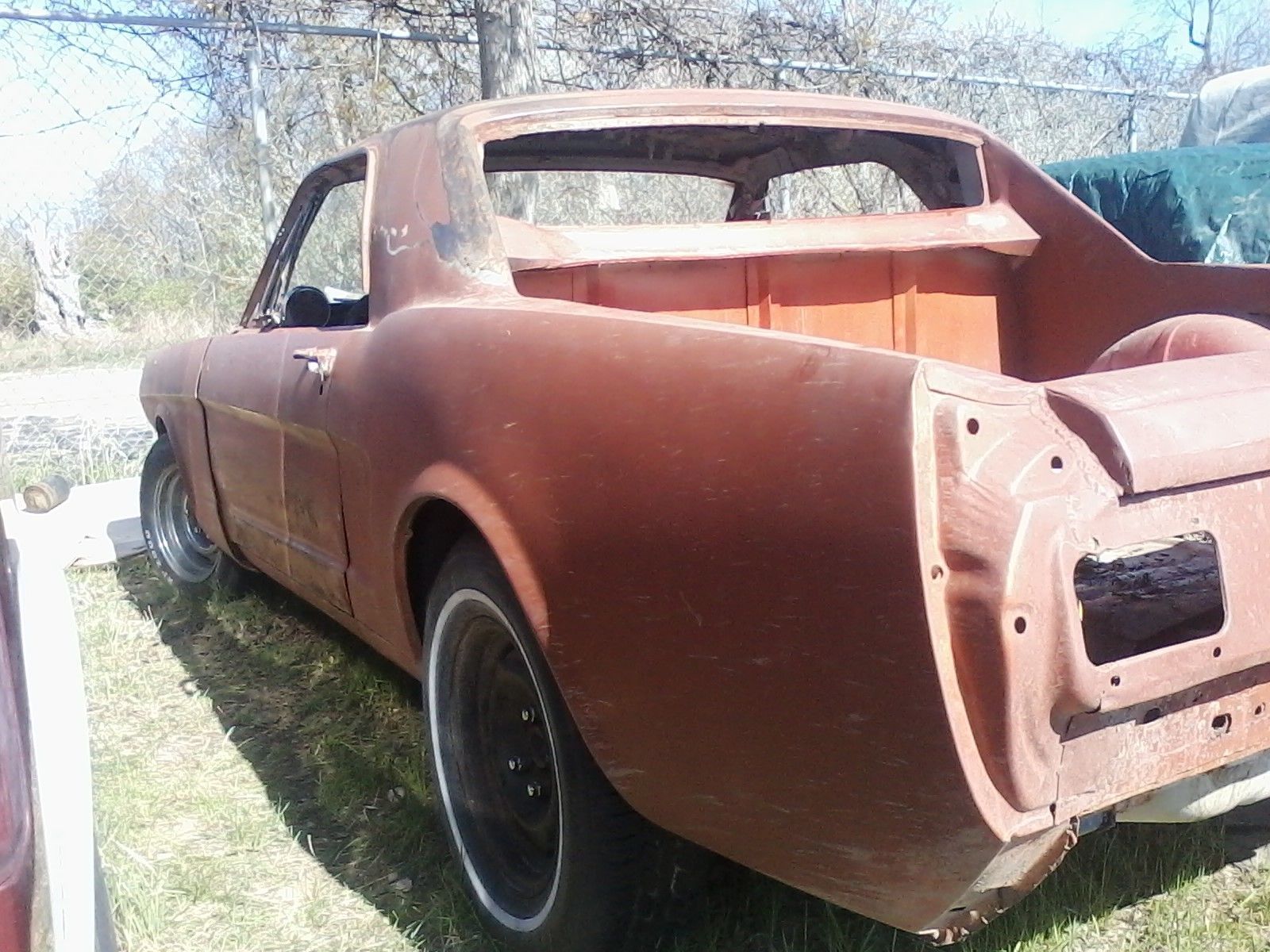 In the eBay listing the seller includes a single photo (above) and single word “mustatruck”.   Fortunately he is besieged with questions from curious buyers and he includes a link to a youtube video where I grabbed the top and bottom screen shots.  Unfortunately the snorty 302 and 3-speed transmission shown in the video is not included in the sale. 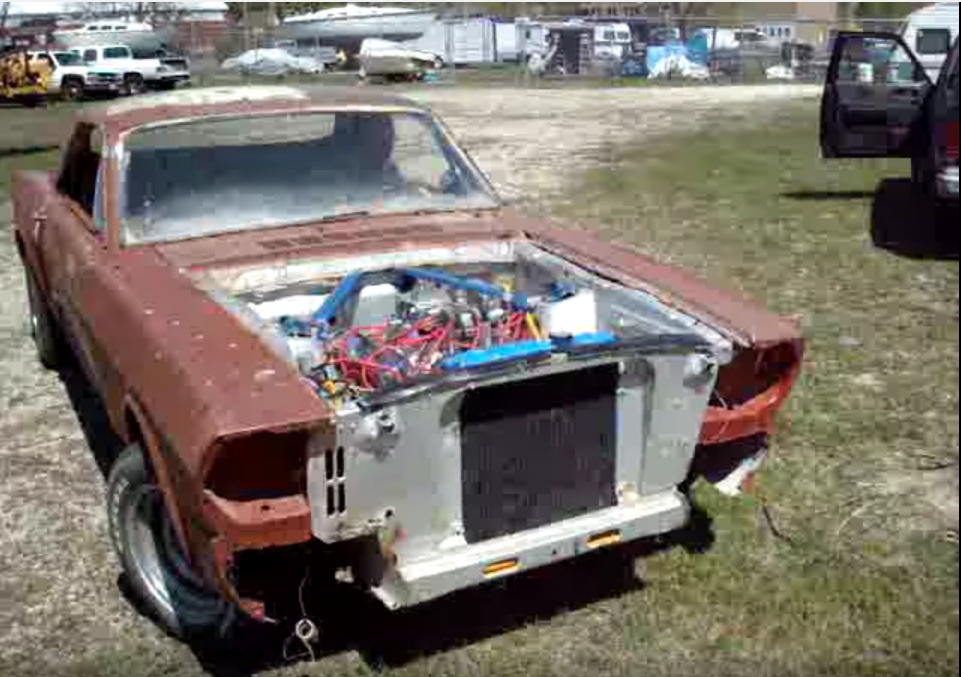 See a better way to haul around a bunch of old Mustang parts? tips@dailyturismo.com