by Kevin –-Before the GNX, before the Grand Nationals and T-Types there were the Buick Sport Coupes. The main attraction to these packages was the carbureted, turbocharged V6. This engine was available beginning in 1978 in the Regal, LeSabre, Century and Riviera. Find this 1979 Buick LeSabre Sport Coupe resting in the weeds, somewhere in South Dakota for $3,000 obo. 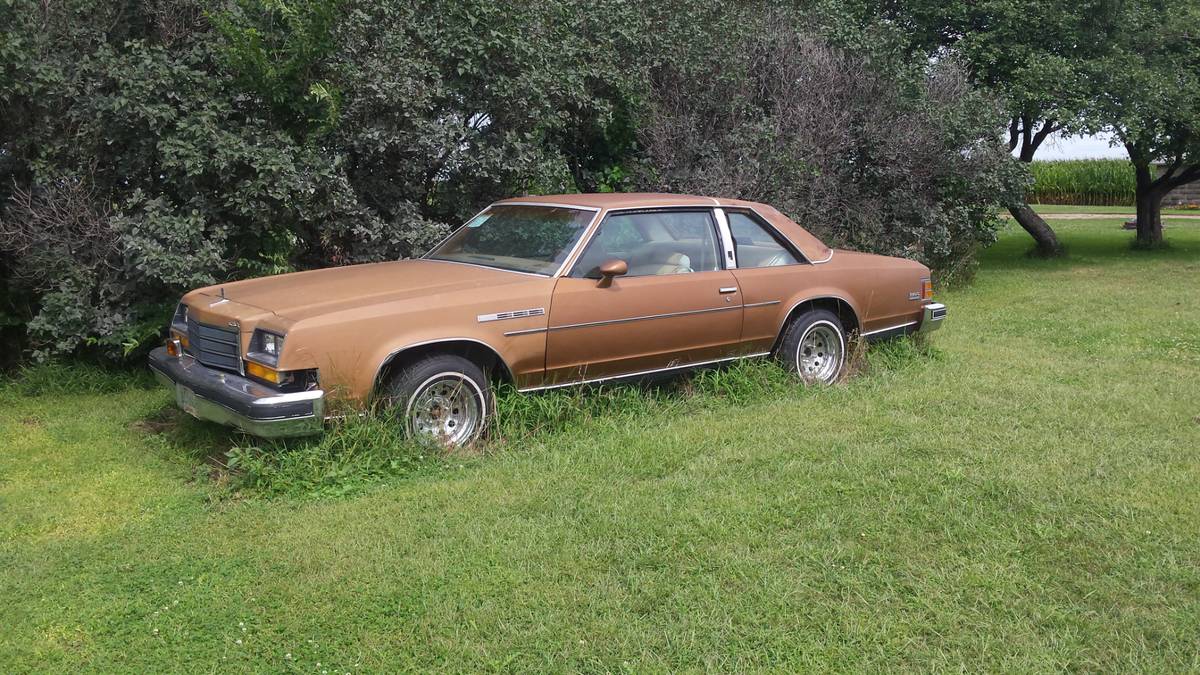 The vinyl roof is gone as is the right front bumper filler. All of the rest of the trim pieces appear to be present, at least on the left side. The aftermarket wheels are a downgrade from the Buick rally wheels that came with the car. 12998 turbo LeSabres were produced over a three model year run, 1978-1980. 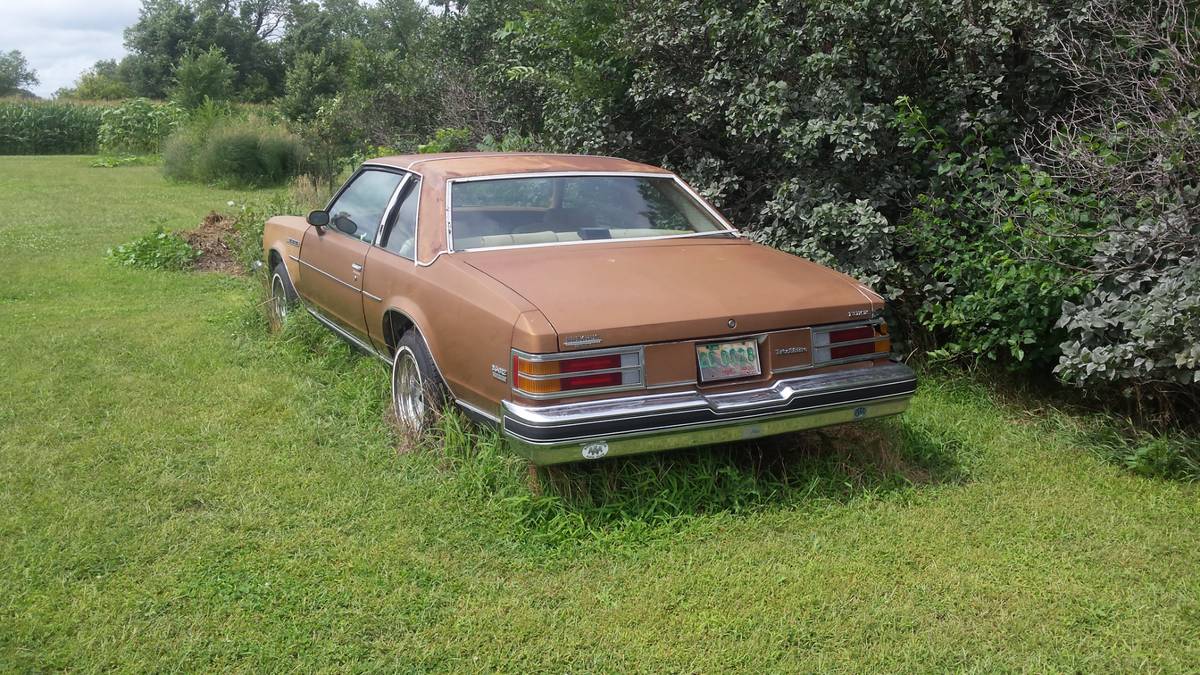 Originally offered with either a 2bbl or 4bbl carburetor, the 2bbl was dropped for 1979. Fuel injection arrived in 1984. An inter-cooler was added in 1986. The “hot air” 4bbl turbo in this LeSabre produced 170hp and 265lb/ft when new. All turbo Buicks came with automatic transmissions. 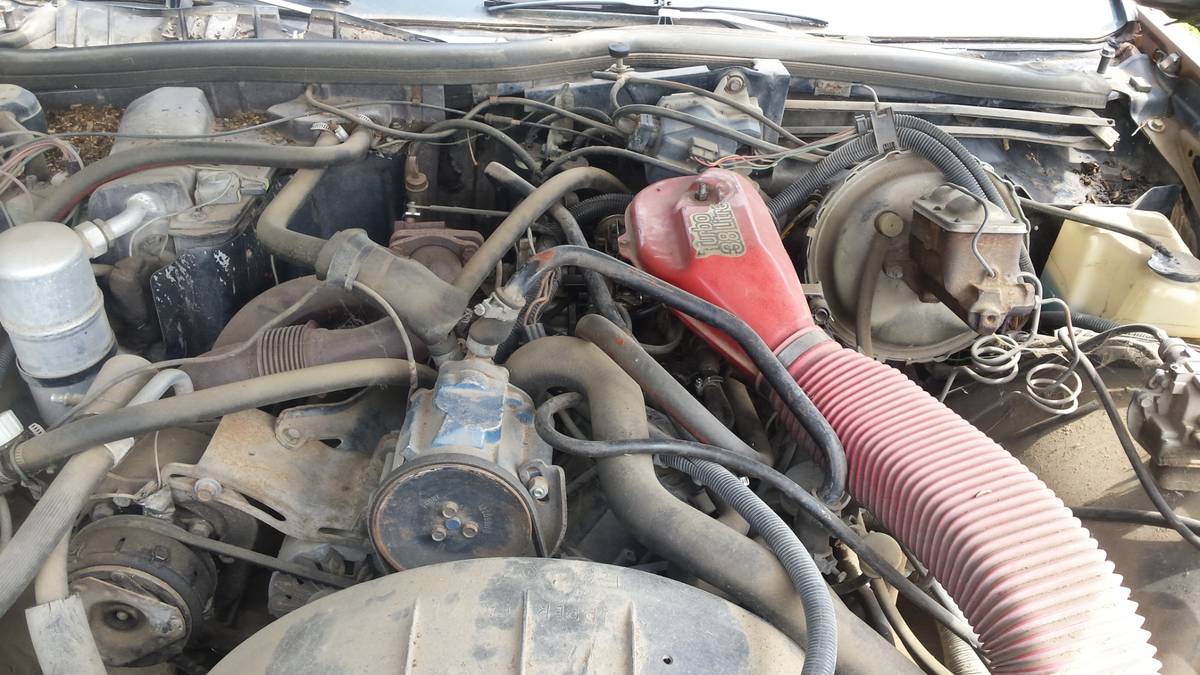 The dash is cracked and the seats are threadbare, but again, all the parts appear to be there. Is this big Buick worth saving or is it too far gone? Let us know in the comments. 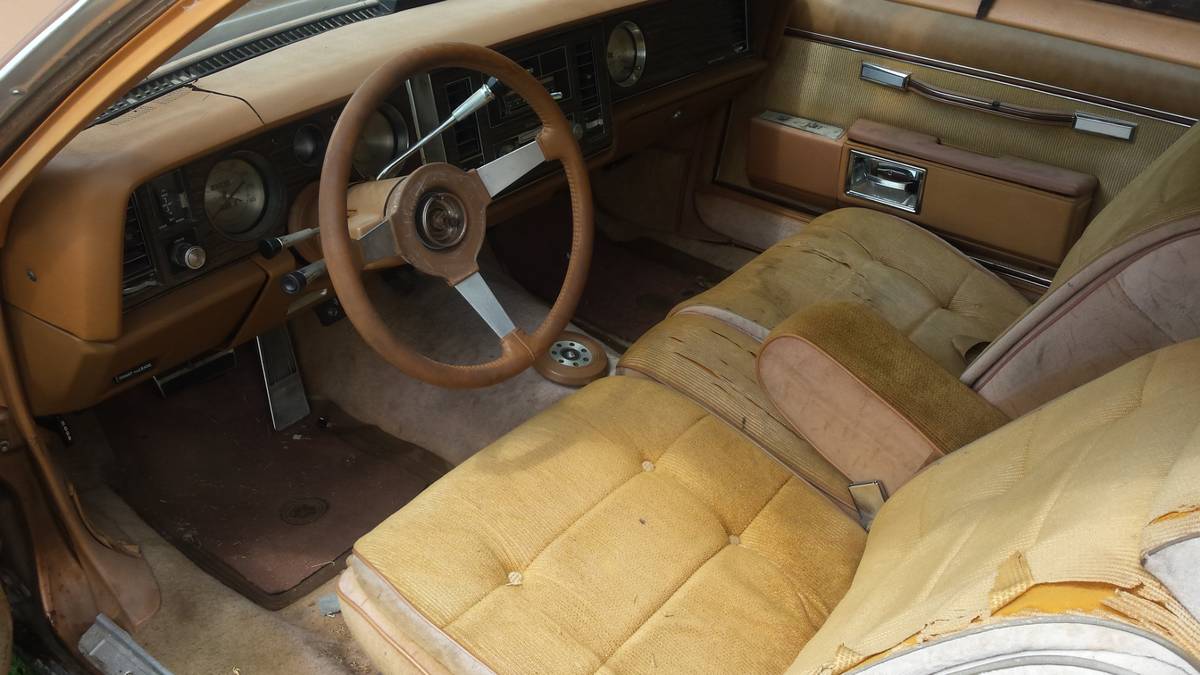