The Subaru Forester hit the showrooms in 1997 with the marketing slogan “SUV tough, car easy.”  It was Subaru’s first entry into the (then small, now large) segment known as the crossover SUV, but the Forester was a long way away from being an AMC Eagle.  The Forester was a replacement for the incredibly named Subaru Impreza Gravel Express, but by 2004 it was actually a competent on-road car that shared parts with the GG series Impreza.  Today, a used Forester with a manual gearbox makes a great family hauler for a guy like Doctordel, but is this next one a bit too modified?  Find this 2004 Subaru Forester XT 5-speed offered for $15,000 via NASIOC forums. 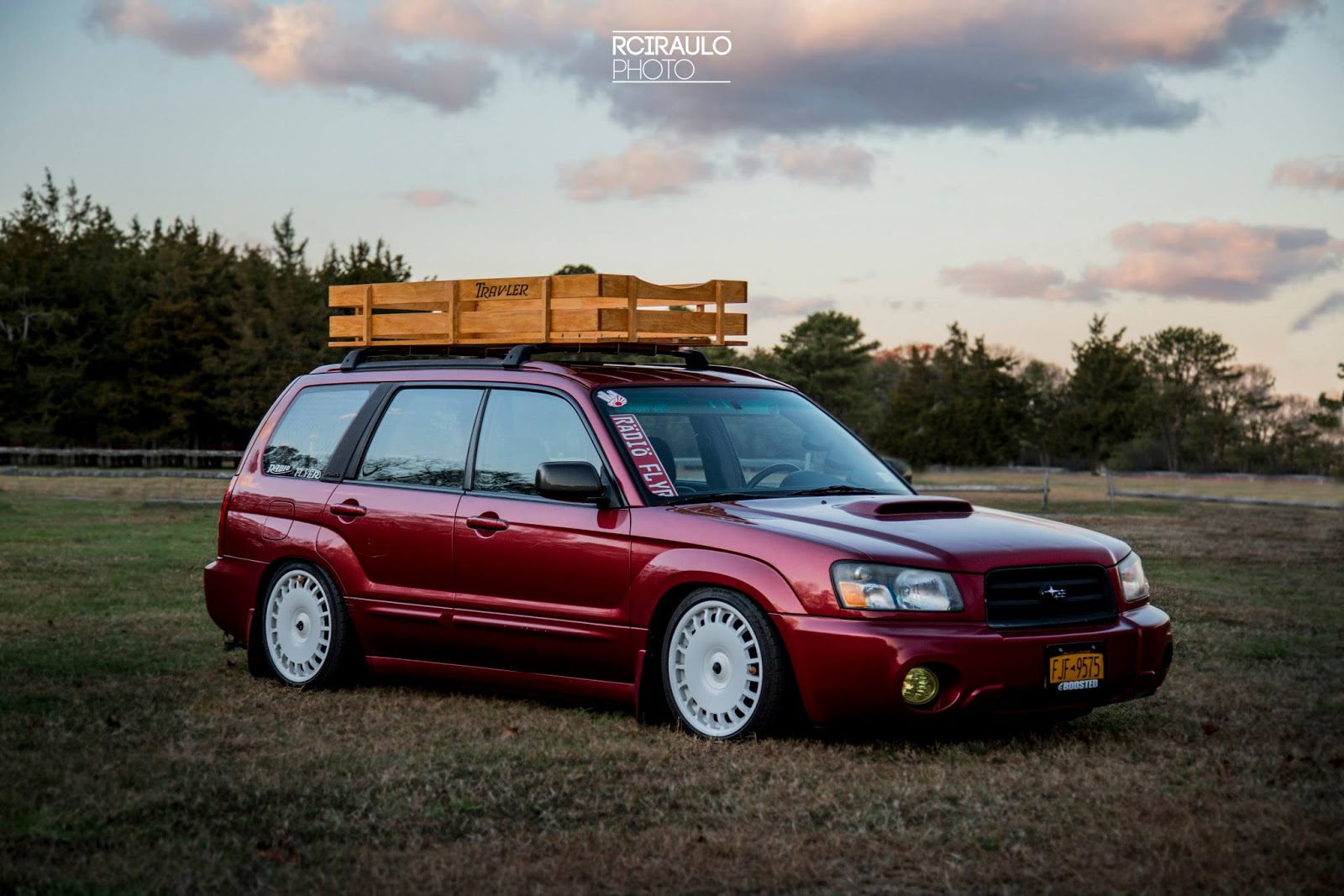 This Radio Flyer themed Forester falls directly into the category of custom cars that I call magazine cars.  They aren’t track cars that have been modified for performance, but they are cars that have been modified to look good in pictures and tell a story about the owner.  The Radio Flyer theme starts with the original Subaru Cayenne Red Pearl paint, is augmented with big white ESM racing wheels (17×8 +32mm offset), and finished with a custom wood roof rack.  The entire package actually looks well done, and while I’m not the first to rave about anything with the slammed look, the Forester actually looks good at a lower than stock height. 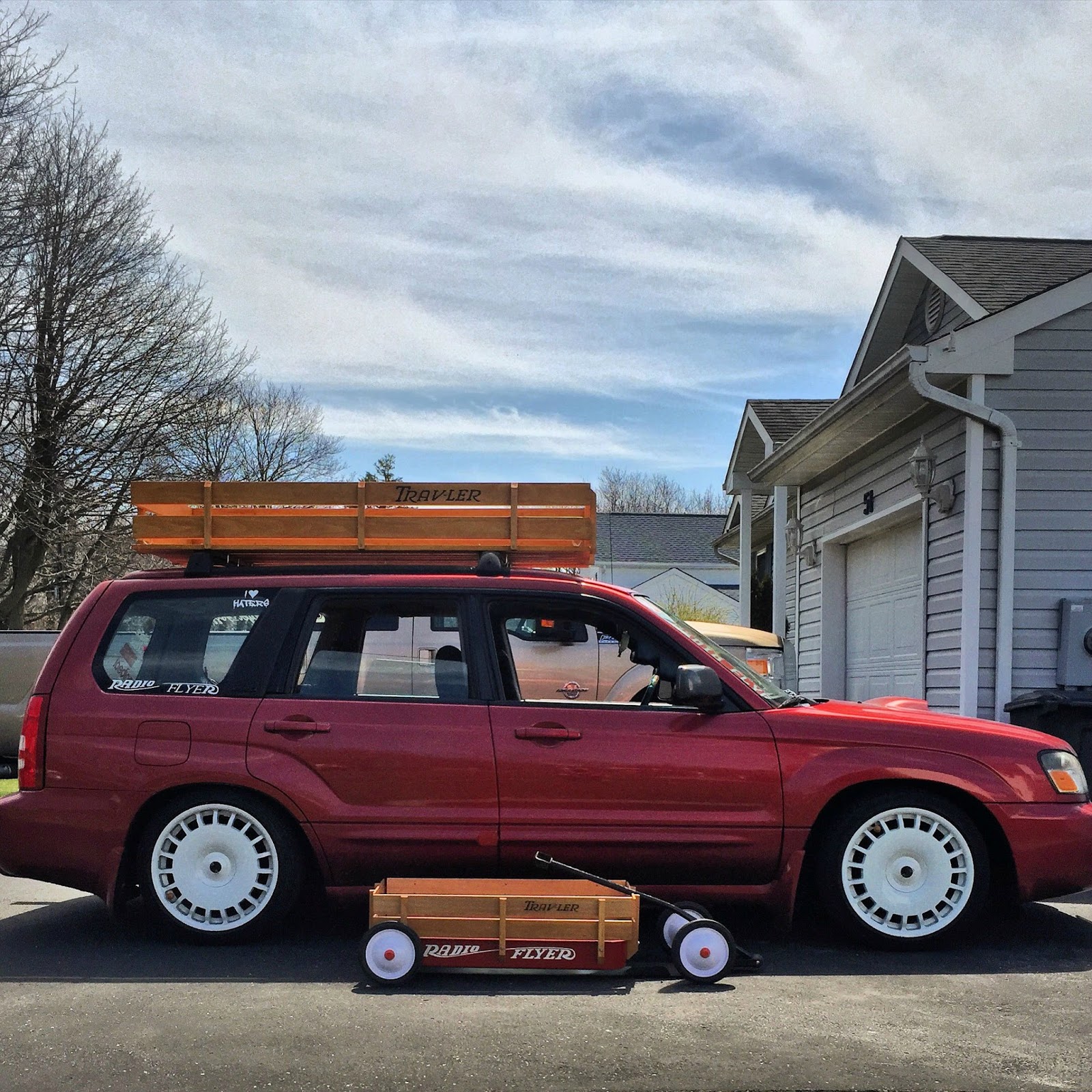 Mechanically, much has been done to this car from a performance perspective, starting with the stock 2.5 liter EJ-series flat-4 that has an STi sourced IHI VH39 turbo blowing air into a few other custom parts for a total of 280 horsepower at the wheels (roughly 325 at the crank).  Mated to a 5-speed gearbox, this little red wagon should be quite the flyer. 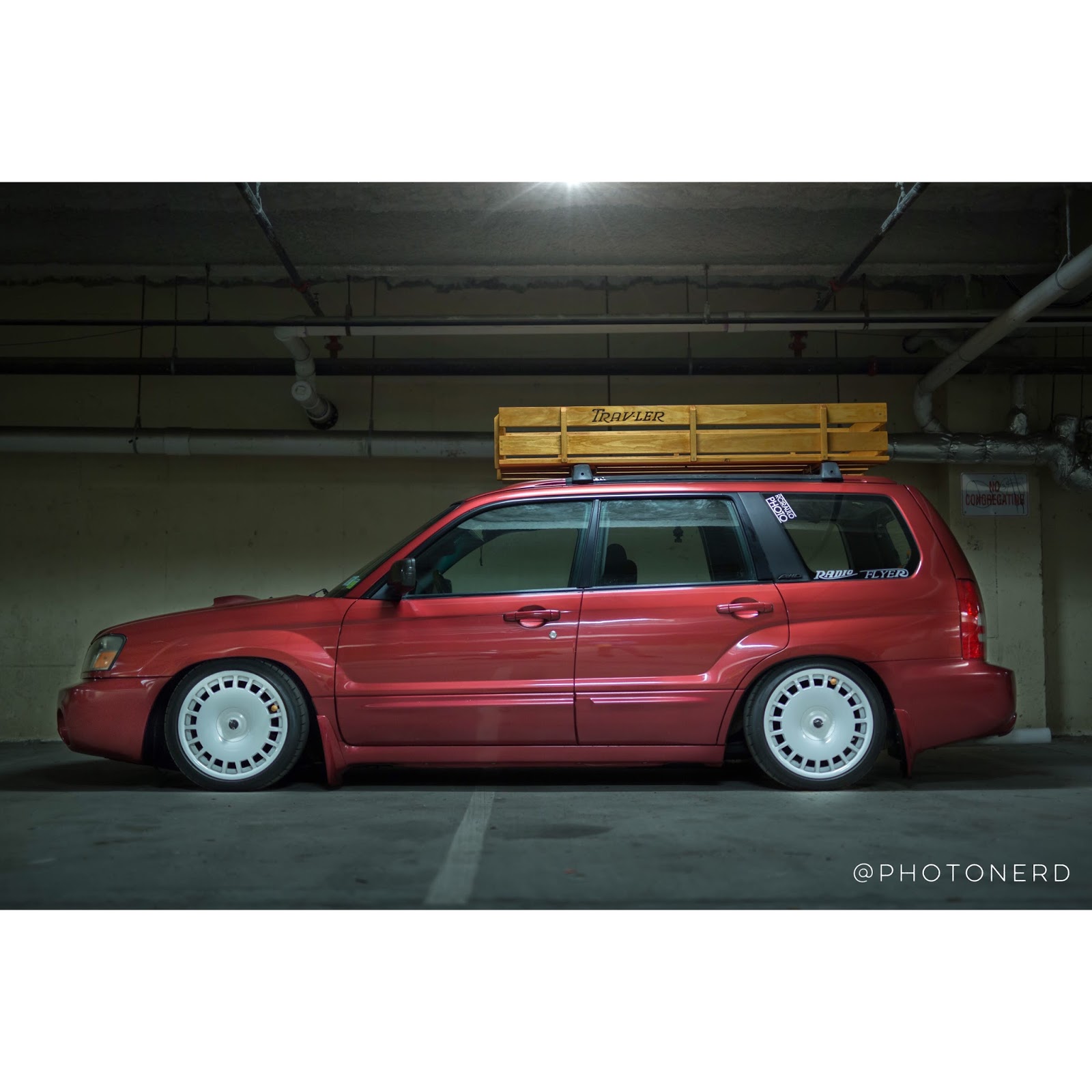 Images from the seller via imgur.  See another custom modern car you could drive every day? tips@dailyturismo.com